Accessibility links
California PAC Sponsors 'Tea Party Express' Members of Congress will return from their August recess soon. They've been getting an earful back home about overhauling health care. A political action committee from California has launched a cross-country bus tour dubbed the "Tea Party Express." Members are concerned about spending, higher taxes and bailouts. 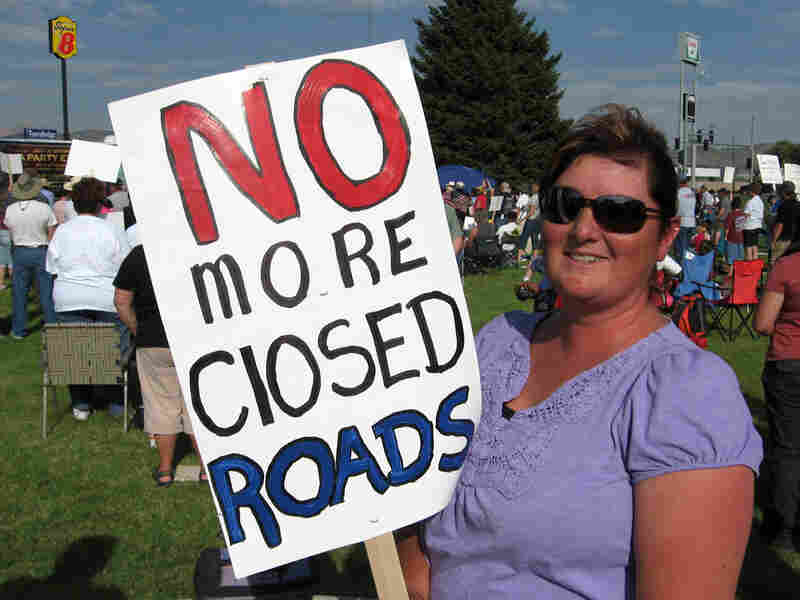 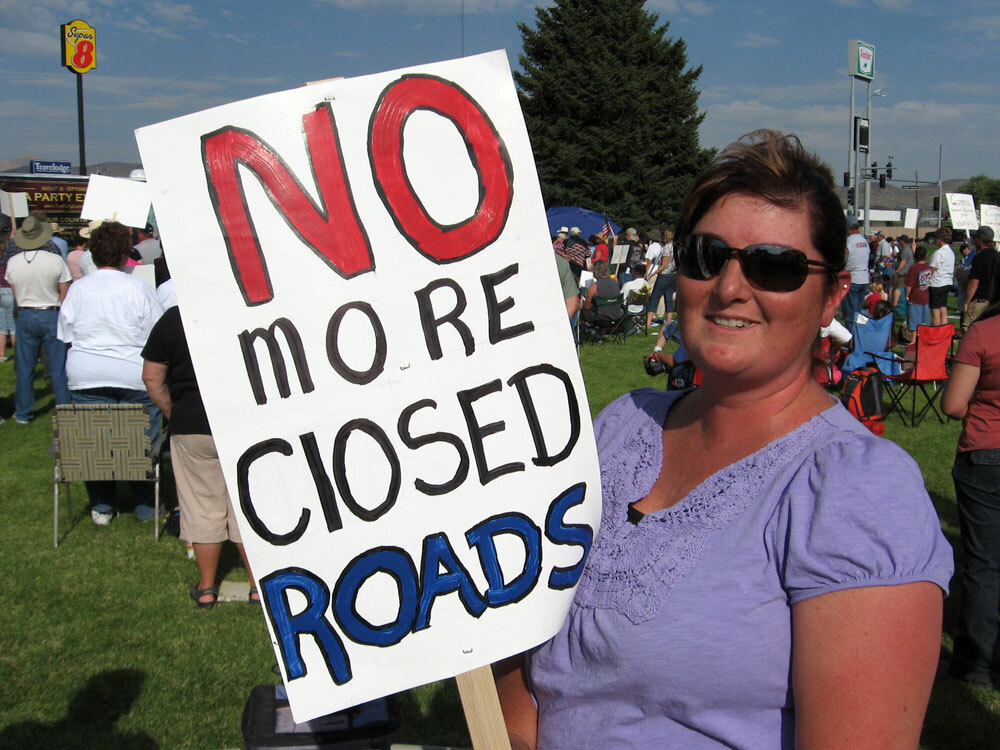 Members of Congress will return from their August recess soon. After getting an earful back home about overhauling health care, they can expect a rowdy reception on Capitol Hill too.

Over the weekend, a California-based political action committee launched a cross-country bus tour dubbed the "Tea Party Express." They plan to wind up the tour in Washington, D.C., next month — just about the time lawmakers return to the Capitol.

Based in Sacramento, officials with the "Our Country Deserves Better PAC" say they're trying to bring together people with a wide array of concerns that center on what they call heavy-handed government policies.

"It's about time for somebody to run to the front of the parade," says Mark Williams, a conservative talk radio host and vice chairman of the PAC. "[To say] follow me and to try to herd all these cats into a semi-coherent message."

The group receives most of its contributions from people who give less than $200.

In Elko, Nev., a rally attracted several hundred people Saturday evening. President Obama visited the small town three times during his campaign. Still, fewer than a third of those voters picked him on Election Day.

There were few, if any, fans of Obama at the rally — and plenty of critics of him and the U.S. government in general.

One woman directed her anger at the Bureau of Land Management and U.S. Forest Service, which sometimes block backcountry roads to protect the environment.

"The federal government wants to close more of our roads," said Sherry Hussey, who was holding a sign that read "No more closed roads."

"I have three little girls," Hussey said. "We camp and we hunt and we fish and we play on four-wheelers. I have every right to use public roads on public lands."

Mining engineer David King wore a T-shirt with Obama's face on it that read "Don't tax me bro."

The scene on Sunday in Ely, Nev., was similar. This is a place where people are comfortable using language most others left behind with the end of the Cold War.

"We don't need a communist nation and that's what Obama's taking us to," says Jeannette Cobb, who traveled from Eureka, Nev., to attend the rally. "We don't want that."

Her husband, Robert Cobb, is a retired sheriff's deputy; he says he worries the federal government is taking control of people's daily lives.

"They're talking about taking over the Internet in an emergency," Cobb says. "Well, who declares an emergency? I don't want my government to have that much power."

The Cybersecurity Act of 2009 has been widely reported in conservative media as a power grab by the White House. Supporters of the legislation say it is designed to make it more difficult for hackers to disrupt business on the Internet.

Tea Party Express chief strategist Sal Russo says people who come to these rallies are much more concerned about broad ideals than about specific policy solutions.

"I think there's a feeling that getting a bigger government, higher taxes — a more intrusive government — is the wrong way to do it," Russo says. "I think that's a unifying thread."

There is something else that unifies a lot of the folks attending Tea Party Express rallies: Many say they feel left out — as if no one in Washington is listening to them anymore.

"The news media made me feel like we were the minority," Jason McGowan says. "That's what Obama wants; that's what everybody wants and that I should just shut up," adds the 31-year-old machinist from Carson City, Nev. "It's kind of nice that there's other people out there that think the way I do."

The Tea Party Express will motor through about two dozen more cities, arriving in Washington on Sept. 12 for what the group calls "a taxpayer march on D.C."