Accessibility links
Move Over, Mom Jeans: L.L.Bean Gets Hip The classic clothing outfitter L.L.Bean has long catered to outdoorsmen heading upstream, but with a new, hipper line launching in 2010, it seems they are now setting their sights on those heading downtown. 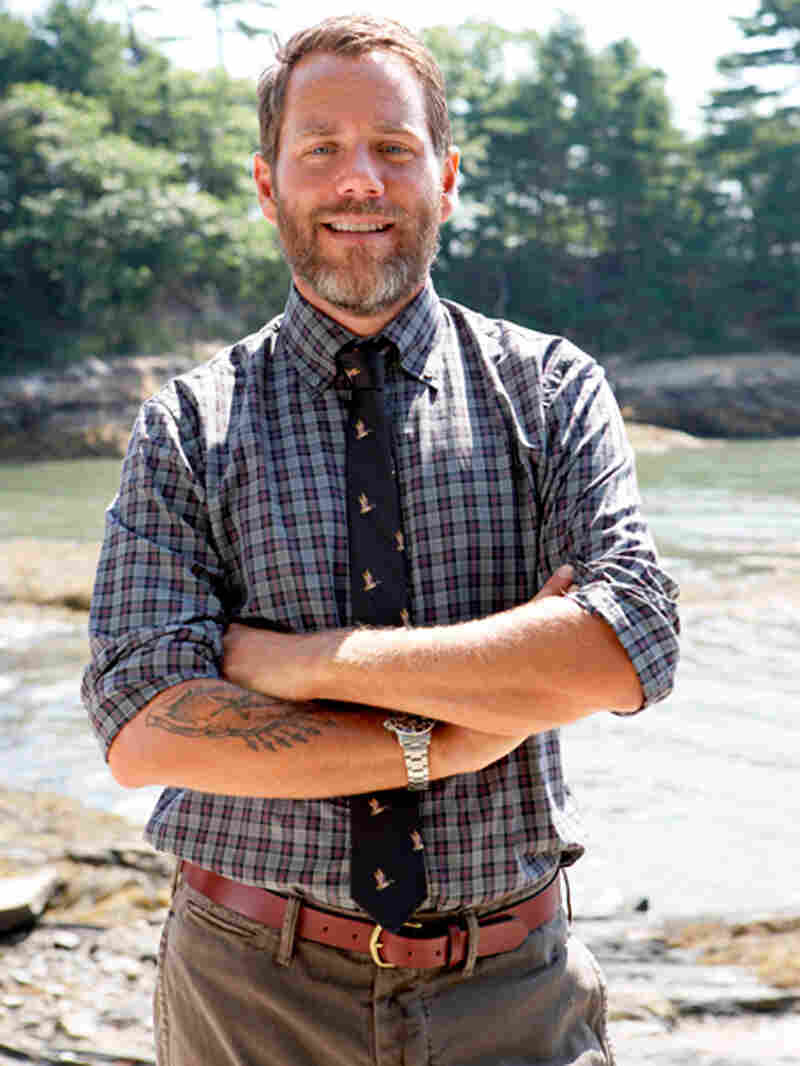 L.L.Bean has brought on stylist Alex Carleton, who brings with him experience from Ralph Lauren, Abercrombie & Fitch, and his own company, Rogues Gallery. Courtesy of L.L.Bean hide caption 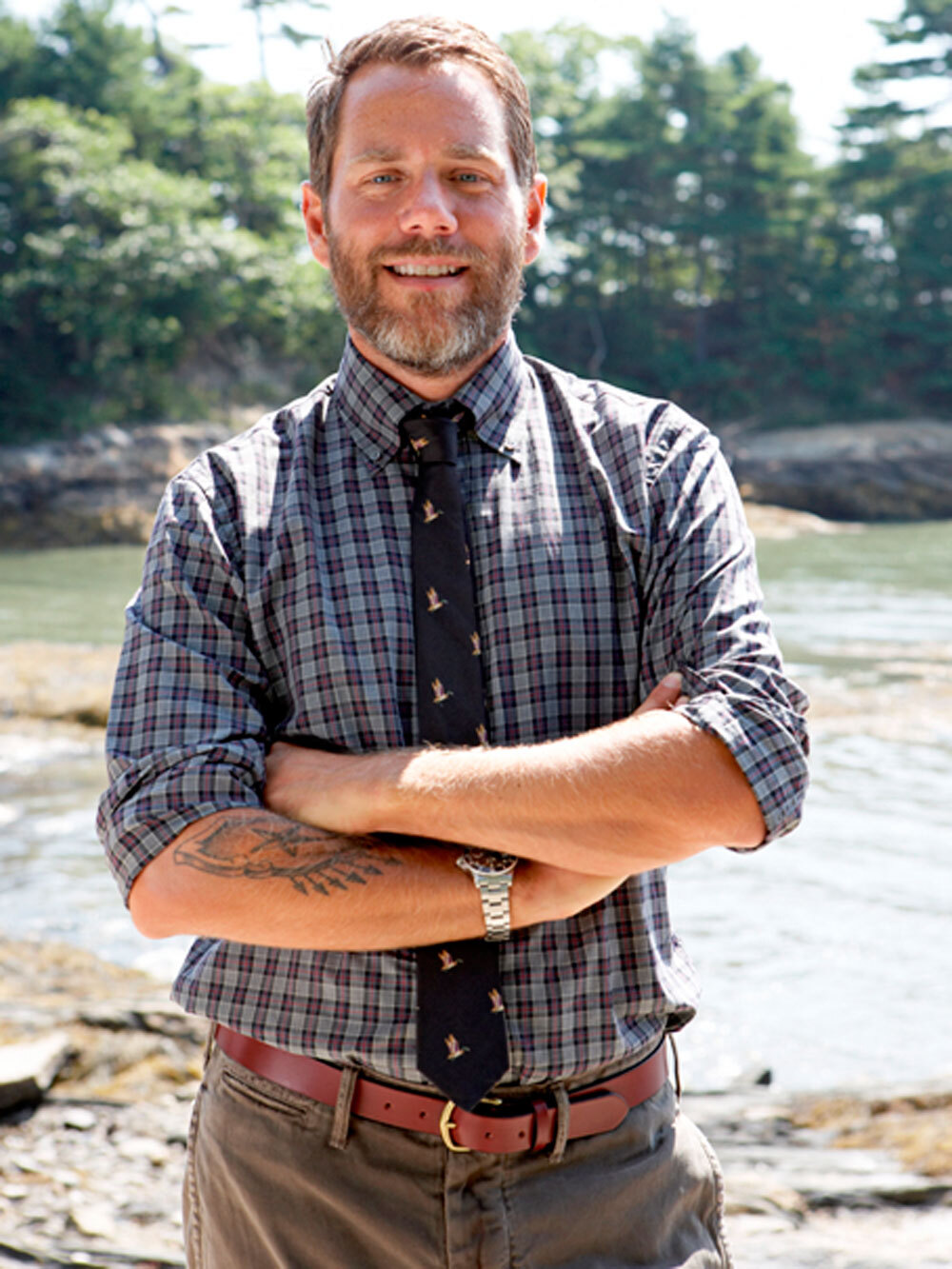 L.L.Bean has brought on stylist Alex Carleton, who brings with him experience from Ralph Lauren, Abercrombie & Fitch, and his own company, Rogues Gallery.

L.L.Bean is probably best known for its Maine Hunting Shoes, field coats and chamois shirts. But now, after nearly 100 years of catalog and retail sales, the iconic outdoor equipment and apparel company is getting a makeover of sorts.

The new L.L.Bean Signature clothing line, set to launch in 2010, will be steeped in tradition — but with a modern twist.

Beyond Wrinkle-Free And High-Waisted

In 1911, when Maine outdoorsman L.L. Bean conceived of a hunting shoe that combined leather uppers with rubber bottoms, hunting and fishing were more popular than they are now. The company eventually evolved to suit the changing lifestyles of Americans, but movement at this classic clothing outfitter was subtle and slow.

And while the company has cultivated a dedicated following for its reliable line, it is now looking to broaden its reach to those who aren't now buying into L.L.Bean's high-waisted, wrinkle-free cotton and twill image.

"We are looking to really create a new updated fit and style," says Chris Vickers, vice president of the new L.L.Bean Signature brand.

Of the new look, Vickers says, "You can dress it up and you can dress it down. It will be for men and women: apparel, footwear, some accessories, a couple of outerwear pieces."

L.L.Bean says it wants to develop a clothing line that's relevant for those heading upstream and downtown. And the catalog company has brought 40-year-old stylist Alex Carleton on board to do exactly that. 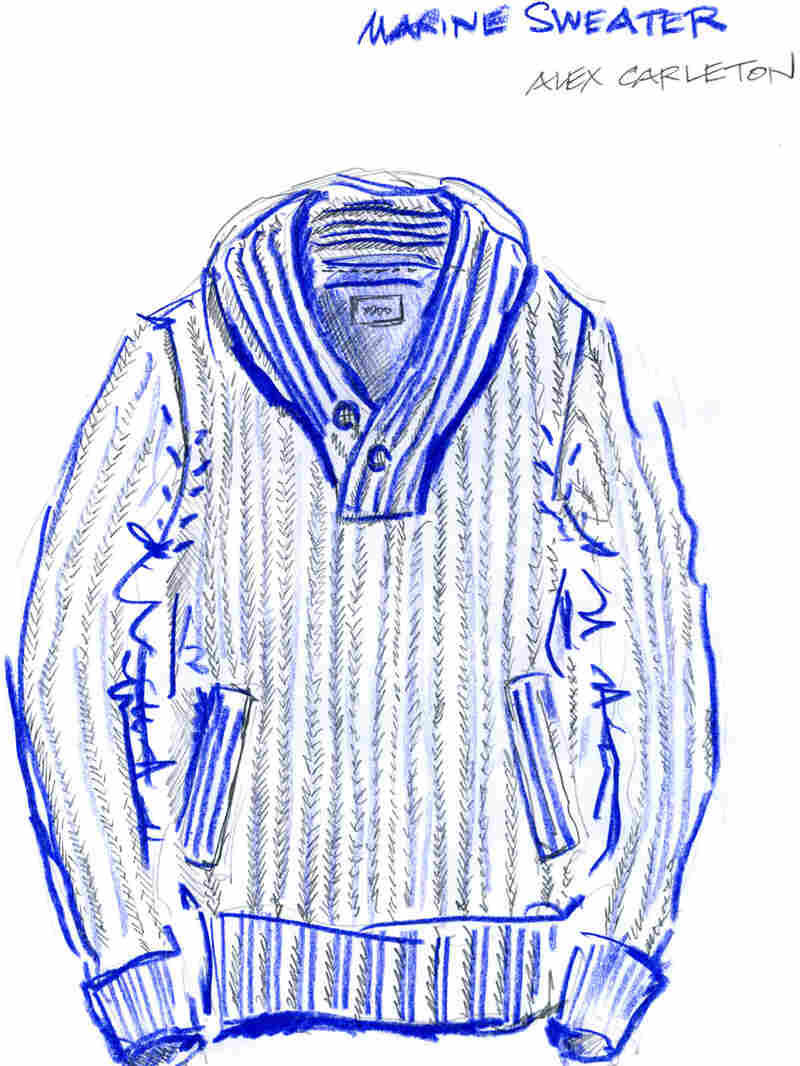 A sketch from the L.L.Bean Signature line, set to launch in 2010. Courtesy of L.L.Bean hide caption 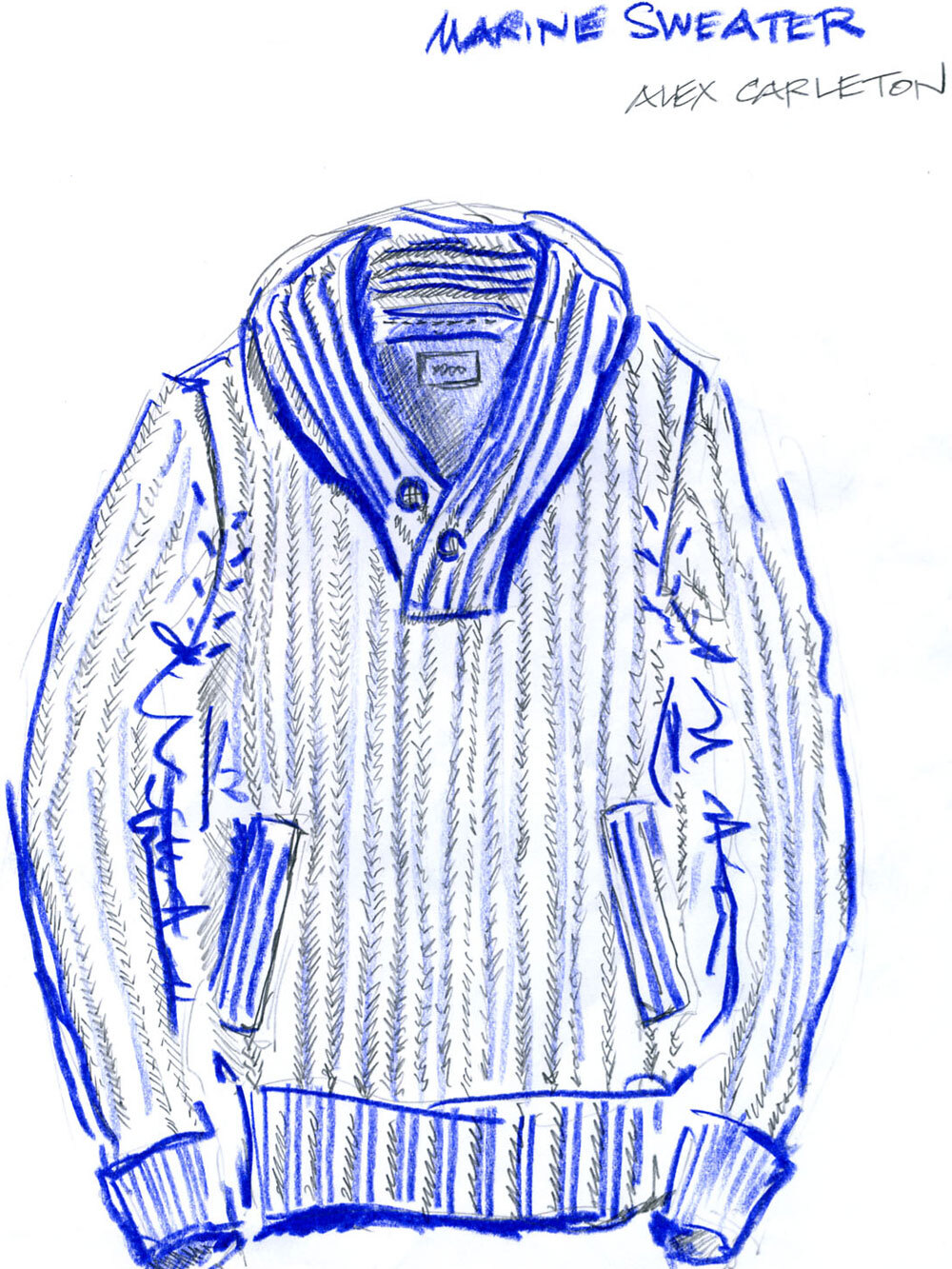 A sketch from the L.L.Bean Signature line, set to launch in 2010.

Carleton has worked with such trendsetters as Ralph Lauren and Abercrombie & Fitch. About five years ago, he created a hipster T-shirt business that grew into a full clothing collection, Rogues Gallery. Carleton says his approach in designing for Rogues Gallery will remain separate from his L.L.Bean focus.

"It is not L.L.Bean by Rogues Gallery," Carleton says. "When I am working on L.L.Bean, I am thinking of L.L.Bean and thinking of their 98-year history and really existing within that world — which is pretty great."

Carleton has relied on L.L.Bean's archives for his styling cues, though he and Vickers say they're making tweaks in fit and fabric.

That direction appeals to Generation X shoppers Ashley Logan and Elissa Alvarez at the L.L.Bean retail store Freeport, Maine. They say they love L.L.Bean's shoes and jackets — but they wouldn't wear the jeans.

Logan says the jeans look a little bit too much like "mom jeans" for her taste.

"But that's a tradition. I feel like they shouldn't change that," says Alvarez, with a laugh.

"If they didn't do this, I think at some point everybody would look at L.L.Bean and go, 'Oh, that stodgy, boring thing...who wears that stuff?' As long as they don't come out with trousers with three legs or zippered flannel shirts," Fallon says, "I think it makes some sense."

He says many brands would be happy to have the kind of foothold L.L.Bean has in the market. With 55 catalogues and annual sales of $1.5 billion, L.L.Bean remains ever popular. The company just wants to grow the business — though maybe not quite the way Mr. Bean envisioned it.

According to a Time magazine article, Bean was once asked if he had plans for expansion. "Yes," he said. "We have suspenders in the catalogue."

Susan Sharon is a reporter for Maine Public Radio.