Accessibility links
Pops Conductor Erich Kunzel Dies at 74 Once dubbed "The Prince of Pops," Kunzel, who died Tuesday, continued in a long line of famous pops conductors such as Arthur Fiedler. Hear the exuberant Kunzel lead his beloved Cincinnati Pops Orchestra in music by Strauss and Copland. 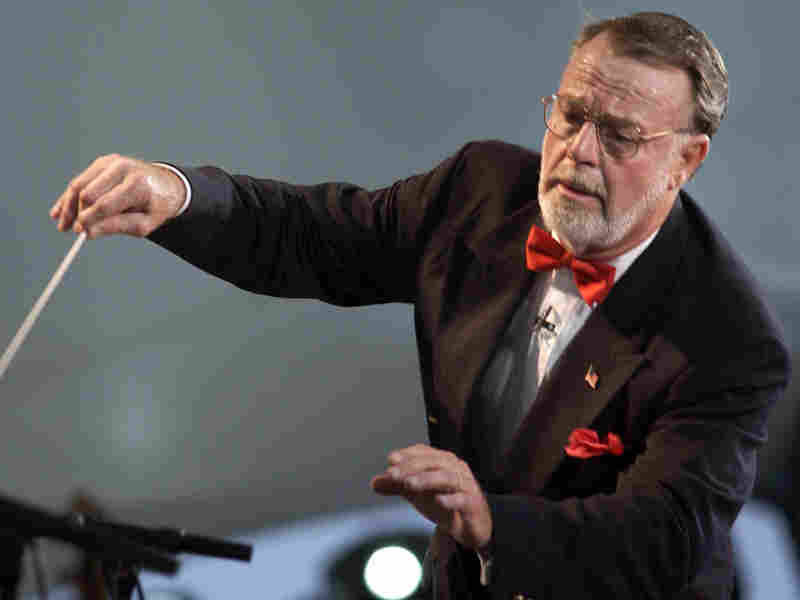 Erich Kunzel first conducted the Cincinnati Pops in 1965. He went on to make more than 85 albums with the orchestra. Kunzel died Tuesday of cancer at age 74. courtesy of the artist hide caption 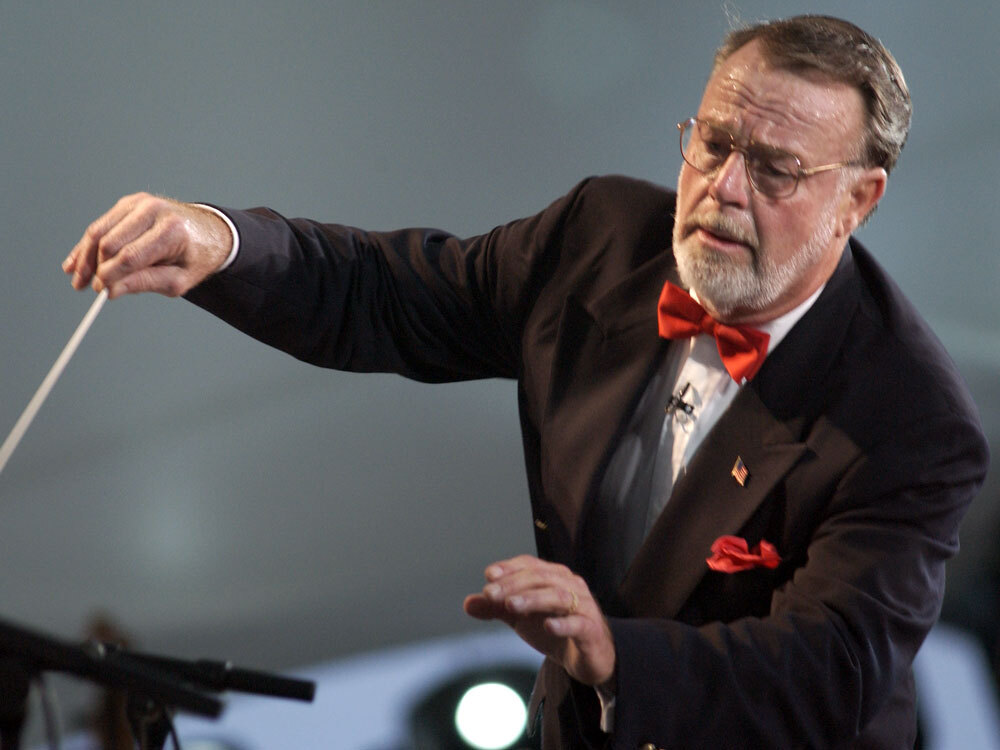 Erich Kunzel first conducted the Cincinnati Pops in 1965. He went on to make more than 85 albums with the orchestra. Kunzel died Tuesday of cancer at age 74.

The Grammy Award-winning maestro, widely dubbed "The Prince of Pops," was diagnosed with liver, colon and pancreatic cancer earlier this year. But Kunzel maintained many of his conducting activities, including his annual July 4 concert with the National Symphony on the lawn of the U.S. Capitol.

Kunzel is best known as the director of the Cincinnati Pops Orchestra, a group he first conducted in 1965. He made more than 85 albums with the orchestra, more than 55 of which landed in the Top 10 of Billboard's classical charts. According to Kunzel's Web site, he's sold at least 10 million recordings.

Although Kunzel excelled in the pops repertoire — "light classics" such as Strauss waltzes, Sousa marches and movie music — he also led major orchestras around the world in music by composers such as Mozart, Rachmaninoff, Grieg and Copland. He conducted the Chicago Symphony more than 100 times and led opera productions in Cincinnati, San Francisco and Santa Fe, where he made his professional conducting debut in 1957. Kunzel studied at Dartmouth, Harvard and Brown, and with the revered French conductor Pierre Monteux.

Kunzel continued in the tradition of the iconic pops conductor Arthur Fiedler, who invited him to lead his own Boston Pops Orchestra in 1970. Kunzel later led the orchestra on tours of the U.S. and Europe, and he was the first to lead a pops concert in China, in 1998. He brought the Cincinnati Pops there in 2005, the first such orchestra to appear in China.

Although he was widely traveled, Kunzel remained loyal to Cincinnati.

"We have the fifth oldest orchestra, the oldest festival in the Americas — with the May Festival. We have the second oldest opera company," Kunzel said in an interview with Cincinnati's classical station WGUC. "I really feel that Cincinnati should be the cultural arts center of our country. We have the Classical Music Hall of Fame and a great conservatory. Even if you are an adopted person into this city, you know you're steeped in culture in this town."

Kunzel was also the chairman of the Greater Cincinnati Arts and Education Center. He was awarded the National Medal of the Arts by President George W. Bush in 2006, and inducted into the American Classical Music Hall of Fame earlier this year. Kunzel is survived by his wife, Brunhilde.