Accessibility links
U.S. Relationship To Test Japan's New Ruling Party The incoming Democratic Party of Japan has traditionally taken a more assertive stance toward the United States. Now, as it forms the new government and a new U.S. ambassador arrives in Tokyo, it's unclear how — or if — the party will take a new tack. 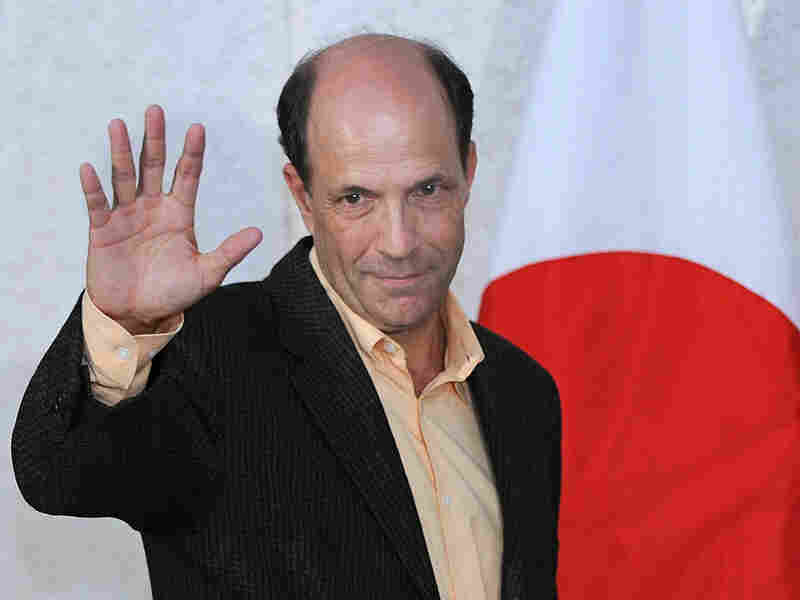 John Roos, the new U.S. ambassador to Japan, waves to journalists Aug. 19 after his arrival at Narita International Airport outside Tokyo. The new ruling party, the Democratic Party of Japan, has traditionally opposed what it calls Japan's subservience to the United States and criticized the U.S. military presence in the country. Toru Yamanaka/AFP/Getty Images hide caption 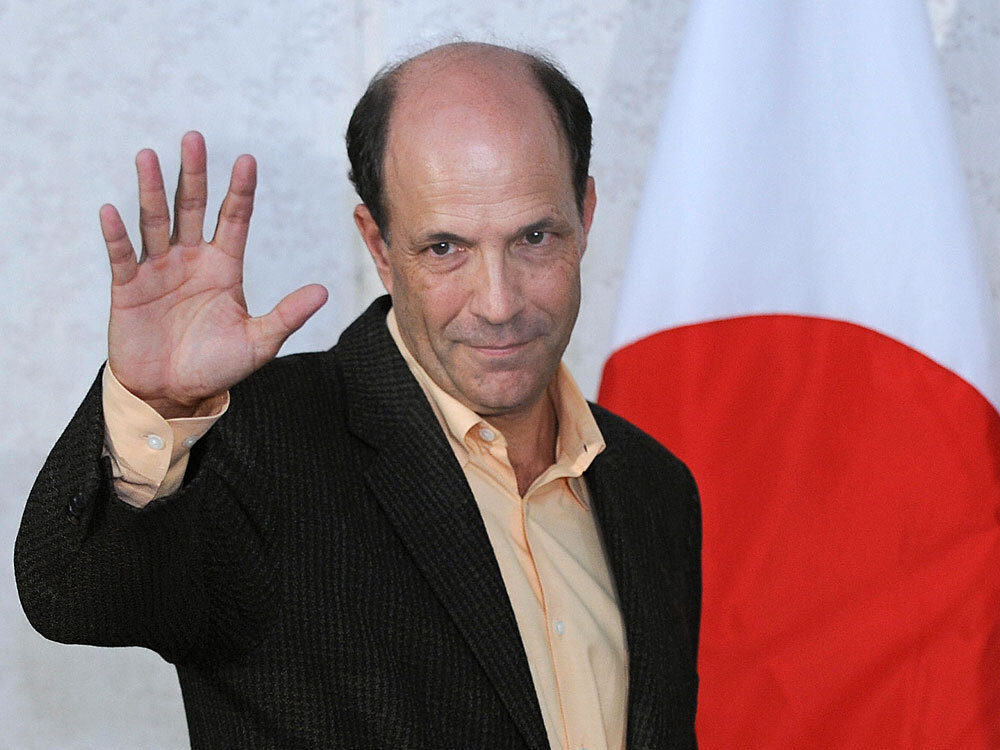 John Roos, the new U.S. ambassador to Japan, waves to journalists Aug. 19 after his arrival at Narita International Airport outside Tokyo. The new ruling party, the Democratic Party of Japan, has traditionally opposed what it calls Japan's subservience to the United States and criticized the U.S. military presence in the country.

One of the biggest foreign policy challenges for the new Japanese government will be managing its relationship with its closest ally, the United States. The incoming Democratic Party of Japan has never held power before, and it has traditionally taken a more assertive stance toward the U.S. than its predecessor, the Liberal Democratic Party.

Adding to the uncertainty is Washington's new ambassador in Japan, who recently arrived in Tokyo and gave his first interview to NPR.

The DPJ's traditional stance has been combative — calling for a less subservient relationship and criticizing the presence of U.S. troops in Japan. But the rhetoric was toned down substantially the closer the DPJ got to taking power — as it campaigned to unseat the Liberal Democratic Party in Sunday's election, which the DPJ won in a landslide.

Now, the calls are for a "more equal" relationship. Will that mean a change from the status quo?

Shinkun Haku, who was deputy foreign minister in the DPJ shadow cabinet, says there may be some changes.

"Before, the Japanese government agreed with whatever the U.S. said. In that sense, Japan played the role of a 'yes' man in the U.S.-Japan alliance. But why can't we hold talks together and come up with new proposals together?" he said.

Haku says the Japan-U.S. relationship is still the cornerstone of East Asian security. On that point, all sides are in agreement. But beyond that, opinions differ.

No Changes Expected By U.S.

John Roos, the new U.S. ambassador to Japan, does not think the U.S. will have a new type of relationship with Tokyo.

Roos spoke by phone to the incoming prime minister, Yukio Hatoyama, and says that, after the conversation, he is unconcerned about any lack of clarity in the DPJ's stance toward the U.S.

"I will tell you that the deep commitment of the relationship between the U.S. and Japan is there, on behalf of the DPJ, and just in the last 24 hours has been confirmed to me," Roos tells NPR.

"I really don't have the concern. The proof will be as our relationship continues to deepen, and we continue to work together on a whole load of bilateral issues going forward," he says.

One major bilateral issue concerns the 47,000 American troops in Japan. The DPJ's election manifesto called for a review of the status-of-forces agreement governing those troops. But Roos says that although issues of implementation can be addressed, the agreement itself will not be changed.

"Just to make it abundantly clear — both the U.S. and Japan at the government-to-government level have made it absolutely clear that these agreements have been signed, agreed to and are going forward," he says.

Insecurities On Both Sides

Roos' appointment itself has not been without controversy in Tokyo. He had never been to Japan before he got the job. And that lack of experience plays into Japanese insecurities about the country's place in Washington's pecking order, says Jeff Kingston of Temple University Japan.

"I think there was a collective sense of disappointment with the appointment of someone nobody knew anything about. I mean, below low profile — no profile. And so I think in Japan there's a sense of 'Japan passing and China rising,' and this does give way to anxieties," Kingston says.

There may be anxiety in Washington, too, about exactly what its new Asian partner stands for. Three days before the election, The New York Times published an op-ed piece by Hatoyama, the DPJ leader. In it, he slammed U.S.-style capitalism and discussed an end to the era of U.S. unilateralism.

Hatoyama has since claimed his words were taken out of context. But the Stanford-educated engineer had to publicly stress that he is not anti-American.

Tsuneo Watanabe, a foreign policy expert at the Tokyo Foundation, says he believes the op-ed incident underlines the DPJ's weaknesses.

"That is one weak point of the DPJ, because the DPJ never experienced real diplomacy. Of course, some people fear they may be immature," Watanabe says.

Hatoyama has a steep learning curve ahead, and time is tight. In late September, he is expected to visit the U.S., just a week after taking office as prime minister. He will attend the U.N. General Assembly in New York and the G-20 summit in Pittsburgh.