Accessibility links
Amid The Rubbish, Doctorow Finds Meaning In Homer & Langley, the masterful E.L. Doctorow uses the real-life Collyers — hermit brothers with a social pedigree and a Fifth Avenue address who died in squalor — as a jumping-off point for a kaleidoscopic trip through 20th century America.

Amid The Rubbish, Doctorow Finds Meaning

Amid The Rubbish, Doctorow Finds Meaning 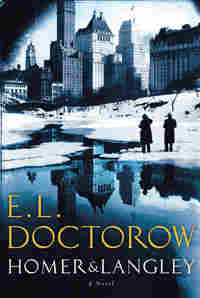 In his 12th novel, Homer & Langley, the masterful E.L. Doctorow (Ragtime, Billy Bathgate) uses the real-life Collyer brothers as a jumping-off point for a kaleidoscopic trip through 20th century America. It's a wild ride — with a truly loopy narrator as guide.

The Collyers made headlines in 1947 when their bodies were discovered in a Fifth Avenue mansion chockablock with old newspapers and junk. More than 100 tons of rubbish were removed from their brownstone. The strange hermit brothers intrigued readers with their combination of folie a deux and clutter run amok. The 1954 bestseller My Brother's Keeper was inspired by the two, who had Columbia degrees and social pedigrees but lived in squalor.

Doctorow altered the literary landscape 35 years ago when he insinuated "real" characters like J.P. Morgan, Henry Ford and Harry Houdini into a fictional setting in Ragtime. He is back in the groove with Homer & Langley, manipulating time and waving his postmodern wand to make his fictionalized story of the brothers larger than life (and their lives longer by several decades).

Center stage is narrator Homer Collyer, the blind brother. "I didn't lose my sight all at once. It was like the movies, a slow fade-out," he notes. When the novel opens, he and older brother Langley live with their well-to-do parents. Homer, a self-styled "romantic young pianist with a Franz Liszt haircut," has a knack for erotic exploitation, beginning with dalliances with the young women his parents invite to tea. After his parents die suddenly in the Spanish flu epidemic, and while Langley is serving in World War I, Homer fires the butler and driver and beds the Hungarian maid. Langley, who was gassed at the front, returns a damaged man to find the household topsy-turvy. 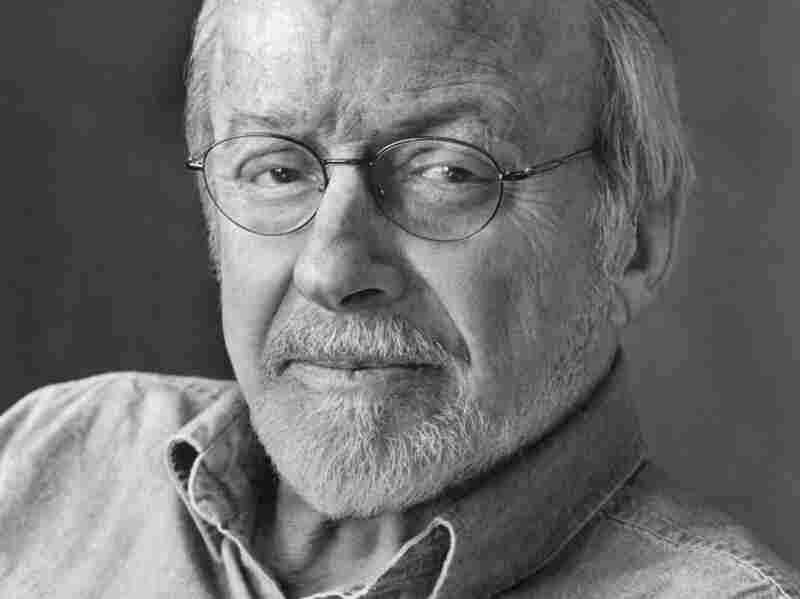 E.L. Doctorow is the author of 12 novels, including Ragtime and Billy Bathgate. Marion Ettlinger hide caption 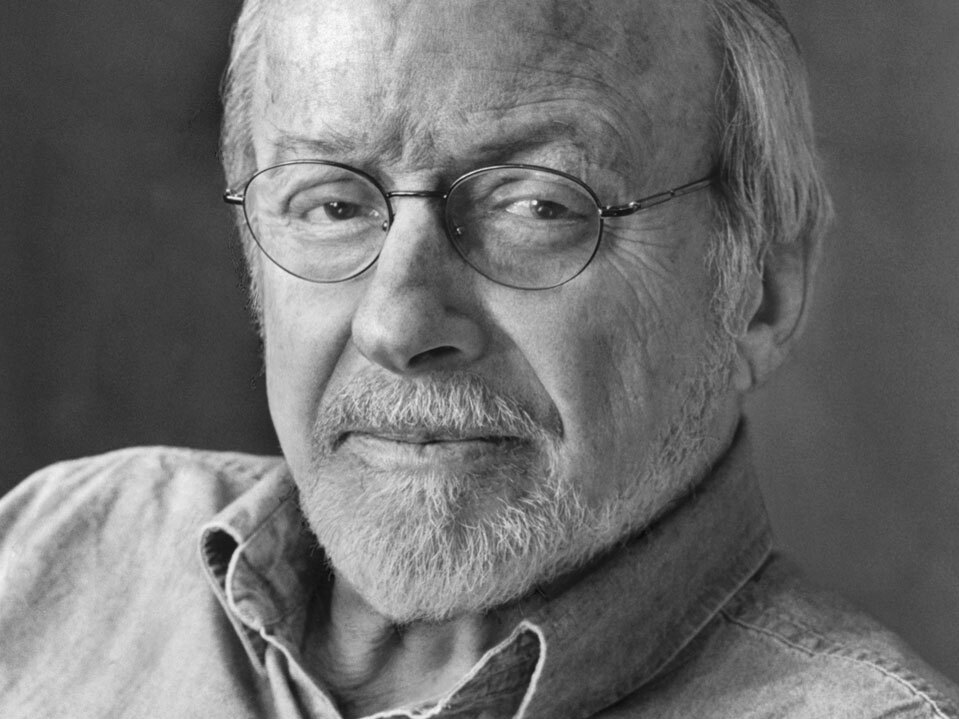 E.L. Doctorow is the author of 12 novels, including Ragtime and Billy Bathgate.

Langley immerses himself in a decades-long project, obsessively collecting and hoarding newspapers. Matching categories of news against his own warped template, he hopes to develop an "eternally current dateless newspaper, "the only newspaper anyone would need." (Imagine if he'd had the Web.)

Throughout this new novel, we are diverted by the inimitable Doctorow mix of social history and pop culture from the end of the Victorian Age to the frenetic 1980s. Homer plays the piano for silent movies, befriends a gangster at a 1920s speakeasy, gives "tea dances" for cash during the Depression and stands with Langley at the top of their stoop as crowds celebrate the end of World War II. After a 1960s anti-war rally in Central Park, hippies crash in the mansion, and Homer imagines he and Langley are "prophets of a new age."

So who is Homer talking to in his off-kilter monologue? Doctorow answers that question in the final page of his slyly inventive, uproariously engaging new novel.

Jane Ciabattari's work has appeared in Bookforum, The Guardian online, The New York Times, The Daily Beast, Los Angeles Times, The Washington Post and Columbia Journalism Review, among others. She is president of the National Book Critics Circle and author of the short-story collection Stealing the Fire. Recent short stories are online at KGB Bar Lit, Verbsap, Literary Mama and Lost magazine.

Theory of Replacements, which he had by now developed into a metaphysical sort of idea of the repetition or recurrence of life events, the same things happening over and over, especially given the proscribed limits of human intelligence, Homo sapiens being a specie that, in his words, just didn't have enough. So that what you knew from the past could be applied to the present. My deductive visions were in accord with Langley's major project, the collection of the daily papers with the ultimate aim of creating one day's edition of a newspaper that could be read forevermore as sufficient to any day thereof.

I will speak for a moment about this because while Langley had many projects, as befitting a mind as restless as his, this one endured. His interest never flagged from the very first day he went out to buy the morning papers to the end of his life when his newspaper bales and boxes of clippings rose from floor to ceiling in every room of our house.

Langley's project consisted of counting and filing news stories according to category: invasions, wars, mass murders, auto, train, and plane wrecks, love scandals, church scandals, robberies, murders, lynchings, rapes, political misdoings with a subhead of crooked elections, police misdeeds, gangland rubouts, investment scams, strikes, tenement fires, trials civil, trials criminal, and so on. There was a separate category for natural disasters such as epidemics, earthquakes, and hurricanes. I can't remember what all the categories were. As he explained, eventually — he did not say when — he would have enough statistical evidence to narrow his findings to the kinds of events that were, by their frequency, seminal human behavior. He would then run further statistical comparisons until his order of templates was fixed so that he would know which stories should go on the front page, which on the second page, and so on. Photographs too had to be annotated and chosen for their typicality, but this, he acknowledged, was difficult. Maybe he wouldn't use photographs. It was a huge enterprise and occupied him for several hours each day. He would run out for all the morning papers, and in the afternoon for the evening papers, and then there were the business papers, the sex gazettes, the freak sheets, the vaudeville papers, and so on. He wanted to fix American life finally in one edition, what he called Collyer's eternally current dateless newspaper, the only newspaper anyone would ever need.

For five cents, Langley said, the reader will have a portrait in newsprint of our life on earth. The stories will not have overly particular details as you find in ordinary daily rags, because the real news here is of the Universal Forms of which any particular detail would only be an example. The reader will always be up to date, and au courant with what is going on. He will be assured that he reads of indisputable truths of the day including that of his own impending death, which will be dutifully recorded as a number in the blank box on the last page under the heading Obituaries.

Of course I was dubious about all of this. Who would want to buy such a newspaper? I couldn't imagine a news story that assured you that something was happening but didn't tell you where or when or to whom it was happening.

My brother laughed. But Homer, he said, wouldn't you spend a nickel for such a paper if you didn't have to buy another ever again? I admit this would be bad for the fish business but we have to think always of the greatest good for the greatest number.

What about sports? I said.

Whatever the sport is, said Langley, someone wins and someone loses.

If it is art, it will offend before it is revered. There are calls for its destruction and then the bidding begins.

What if something comes along that has no precedent, I said. Where will your newspaper be then?

Well you could say these theories replace the old ones. Albert Einstein replaces Newton, and Darwin replaces Genesis. Not that anything has been made clearer. But I'll give you that both theories are unprecedented. What of it? What do we really know? If every question is answered so that we know everything there is to know about life and the universe, what then? What will be different? It will be like knowing how a combustion engine works. That's all. The darkness will be there still.

What darkness? I said.

The deepest darkness. You know: the darkness deeper than any sea-dingle.

Langley would never complete his newspaper project. I knew that and I'm sure he knew it as well. It was a crazy foolish hand- rubbing scheme that kept his mind in the mood he liked to be in. It seemed to give him the mental boost he needed to keep going — working on something that had no end other than to systematize his grim view of life. His energies sometimes seemed unnatural to me. As if he did all the things he did to keep himself among the living. Even so he would slip for days at a time into a discouraging lassitude. Discouraging to me, I mean. I would catch it sometimes. Nothing would seem to be worth doing and the house would be like a tomb. 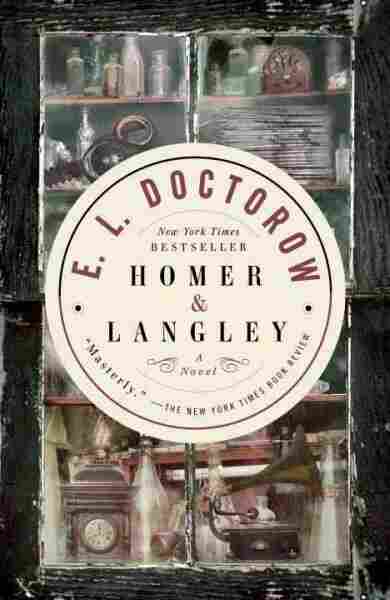