'All About Steve': There's Something Odd About Mary

'All About Steve': There's Something Odd About Mary 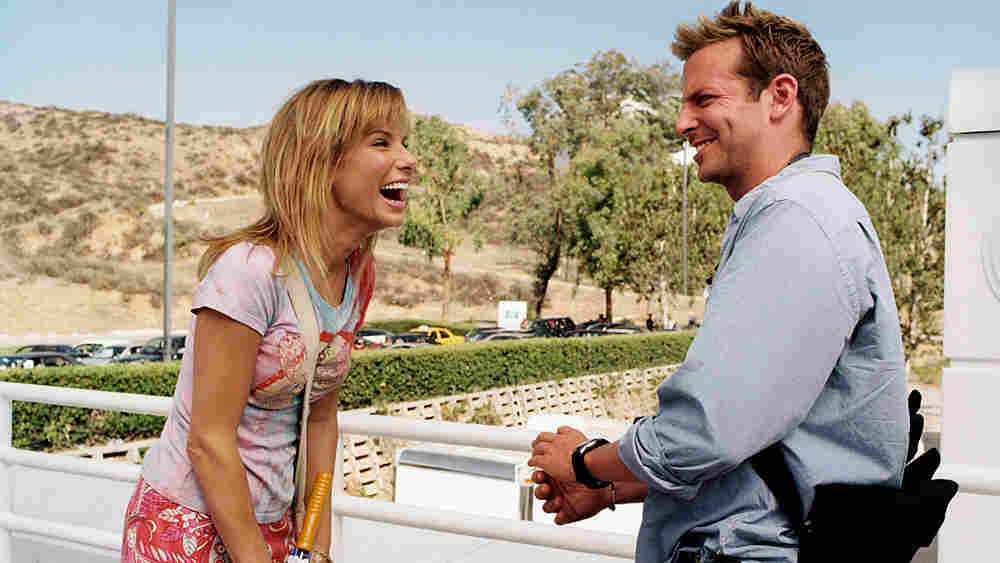 After a blind date with Steve (Bradley Cooper), Mary Horowitz (Sandra Bullock) is ready to declare him her true love. Dismissing his unambiguous rejection as a mere fear of commitment, she follows him to work — across much of the Southwest. Suzanne Tenner/20th Century Fox hide caption 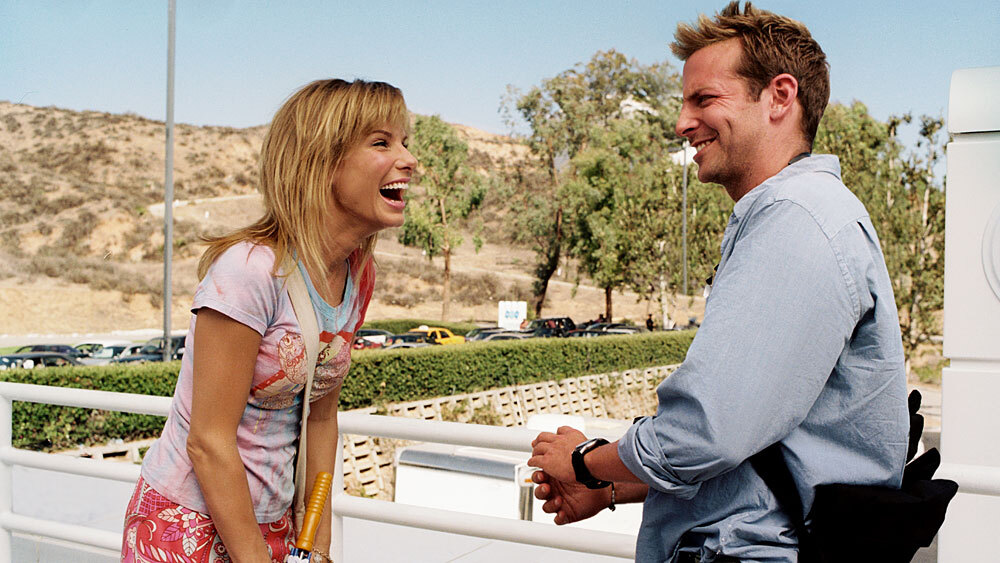 After a blind date with Steve (Bradley Cooper), Mary Horowitz (Sandra Bullock) is ready to declare him her true love. Dismissing his unambiguous rejection as a mere fear of commitment, she follows him to work — across much of the Southwest.

Rated PG-13: Many a smutty insinuation is made — and deaf children fall down a hole.

If it's about anything at all, the lame new comedy All About Steve is mostly about Mary, a logorrheic crossword compiler with too much arcane information in her head — and the social skills of an excitable 6-year-old boy.

Mary (Sandra Bullock) loves words, you see, and she wants you to love them too; she's an etymological oversharer who'll talk the head off anyone who'll listen, and many who won't. Which is almost everyone, once they've caught a dose.

'Get Your Steve On'

Yes, you're right, another movie about a lovable misfit who wants what all of us want — love, sex, companionship — but who lacks the requisite conformity gene. Cosseted by loving parents only slightly less Martian than she, Mary has suffered through a procession of unsuitable blind dates. Tonight's candidate, however, is different, a hunky television cameraman named Steve (a grinning Bradley Cooper) with "cad" written all over his sharply chiseled pectorals. Mary being Mary, she notices only the pecs and jumps his bones without delay, whereupon Steve, muttering feeble excuses, heads for the exit.

Not at all daunted, Mary dedicates her next crossword — every across and down of it — to her new love object. Barely registering that she's been fired for that bit of oversharing, she takes off after Steve as he covers bogus crises all over the podunk Southwest, where, for reasons known only to bicoastal flyover screenwriters, more "lovable misfits" — apple sculptors, fashion victims, post-op transsexuals and the like — lurk under every rock, waiting to take poor, rejected Mary to their infinitely accepting bosoms. 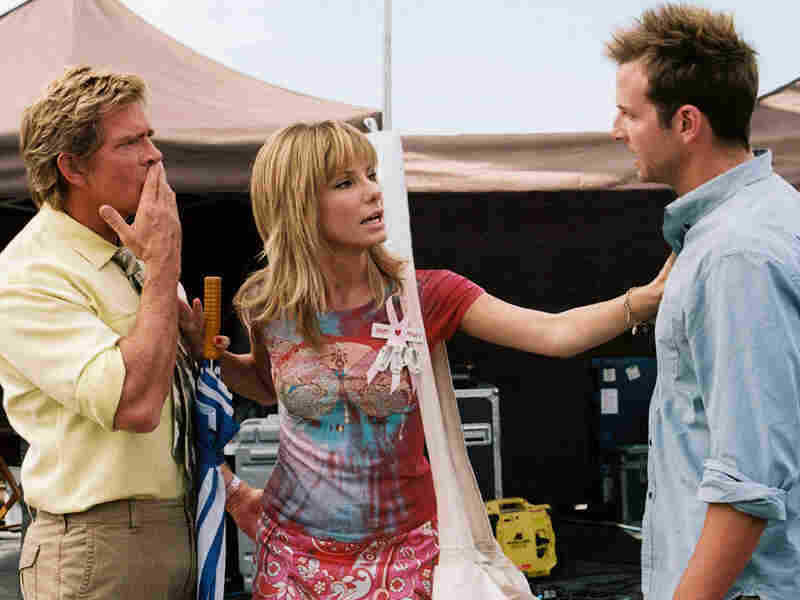 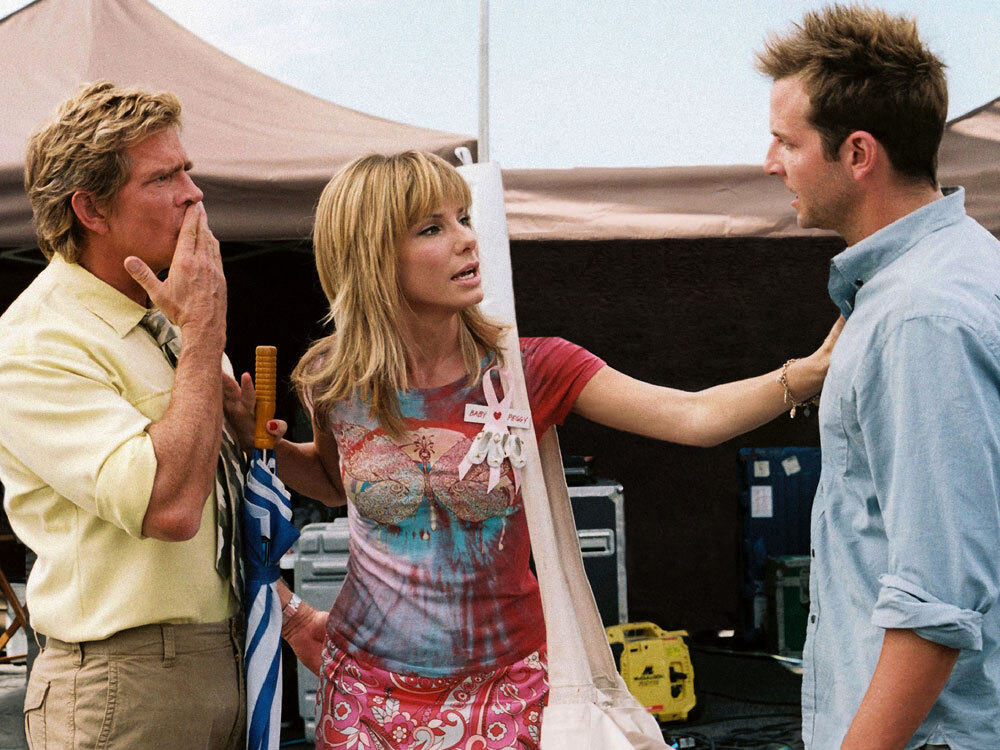 Sensing a chance for a laugh, Steve's TV-reporter colleague (Thomas Haden Church, left) helps convince Mary that Steve's "Wish you could be there" wasn't a brushoff.

Except that Mary still has her implacable sights set on Steve. Urged on by his manipulative reporter friend Hartman Hughes (Sideways' Thomas Haden Church, mugging madly and so buffed up that he looks like he has been inflated with a bicycle pump), she pursues the ungrateful swain from one hokey assignment to the next. She talks a blue streak; he rolls his eyes like the meanest girl in high school. Mayhem ensues when a bunch of deaf children fall down a hole — isn't that a gas? — followed in short order by Mary, who seizes the downtime for a characteristically verbal existential crisis.

Directed by Phil Traill, who has toiled in the nether regions of British television sitcoms, All About Steve is a messy assemblage of clumsy sight gags, winking reaction shots and disingenuous populist genuflection to the idea that there's no such thing as normal. We all see a little bit of Mary in ourselves, don't we? Don't we?

Not in this case, we don't. All About Steve stands or falls by our sympathy for Mary, yet the woman we're supposed to root for — even when everyone around her finds her unbearable — never shuts up. Far from warming to her plight, you just want to switch her off.

Bullock is in terrific physical shape, but she's too old and too talented to teeter around playing a dizzy girl in a pink miniskirt and bright red go-go boots. Her comic timing is great, but not great enough to goose laughs out of a script (by Kim Barker) whose every sorry gag can be seen lumbering down the assembly line long before it's due.

Having set up his heroine as someone no one can stand to be around, Traill can't bring the action around even to a stock romantic-comedy climax. Apparently at a loss to know what else to do for closure, he throws up his hands, herds all the lunatics into a single asylum, and shouts Hooray for wackos!