Accessibility links
Gotcha! Why Online Anonymity May Be Fading It's getting harder to stay anonymous online, as the recent unmasking of a nasty blogger shows. One reason: The law is tilted toward disclosure. But some of the change is cultural. Users have been flocking to social networking sites like Facebook and Twitter, where they voluntarily share all kinds of details about their lives.

Gotcha! Why Online Anonymity May Be Fading

Gotcha! Why Online Anonymity May Be Fading 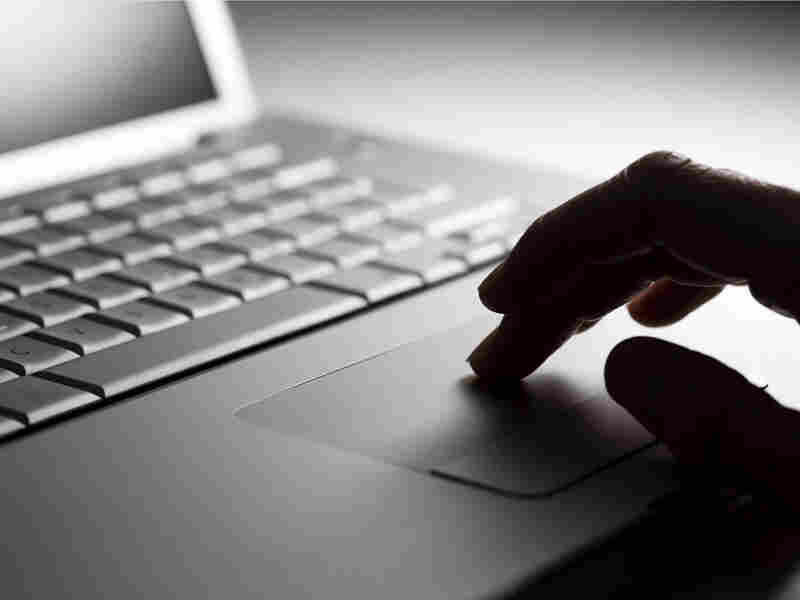 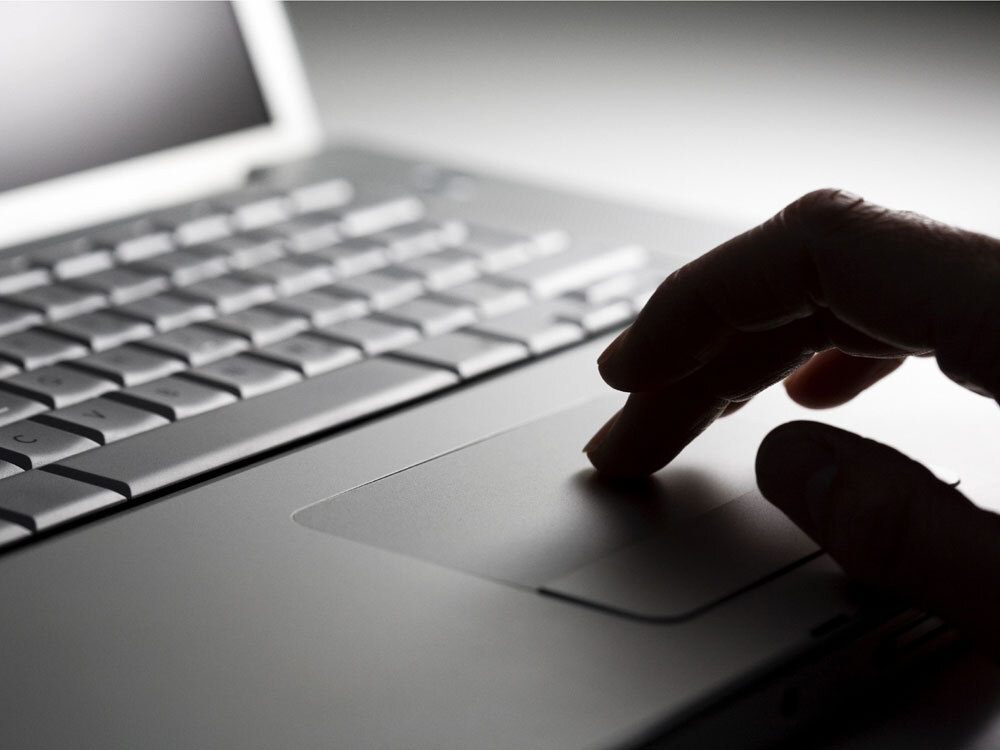 When Rosemary Port, a New York blogger, used her anonymous posts to call a New York fashion model a "skank" and a "ho," she had no idea that her name would soon be plastered across the pages of the New York Post.

In Port's case, it took a court order to reveal her identity, but the Internet, which gained a reputation for being an anarchic and wild place in its early years, is becoming less and less anonymous in many ways.

This idea that you could live your life moving from place to place and not have your personal history follow with you is a very strange thing. Now we're moving toward a time where more of that information does stick with you, but it's on the Internet.

In some ways, the meteoric success of these sites could be a reaction to anonymous blogs and public comment boards, which can often devolve into name-calling and polemics. (A famous Internet axiom called Godwin's Law holds that the longer an online discussion continues, the higher the odds that someone will compare somebody else to a Nazi.)

"The nasty anonymous world is certainly still there, but I think people are trying to create protected spaces where they are a little more insulated from that," says Mary Madden, a senior research specialist at the Pew Internet and American Life Project. "It is becoming increasingly difficult to think about being completely anonymous."

Of course, there are many legitimate reasons for people to want to remain anonymous, including fear of persecution. And the First Amendment does grant some level of protection to anonymous speech.

But in practice, online anonymity is seeping away. A growing body of legal decisions is making it easier for lawyers to use legal proceedings to unmask people who write anonymous blogs or make anonymous comments on public Web sites.

"You can claim anonymity, but there is a range of things that a judge will use to determine whether you have used your anonymity responsibly," says Judith Donath, a fellow at the Berkman Center for Internet and Society at Harvard University.

In the New York case, Port was using a free Blogger account, a service from Google, to host her blog. When the model sued for defamation, the New York State Supreme Court ordered Google to turn over her account records, despite Port's objections. The company disclosed her identity to the court, and her identity became public. (Port said she now plans to sue Google for $15 million.)

The laws vary by state, but some courts have lower thresholds than others before issuing subpoenas to Internet providers or other hosts to turn over records about specific users. Most companies will notify their customers about such an order, but it's usually up to individual users to try to block disclosure by going to court themselves.

"The system is set up by default to allow disclosure of information," says Matt Zimmerman, a senior attorney for the Electronic Freedom Forum, a leading Internet privacy advocate. "Unless someone is going to fight it, that information is going to be disclosed."

Zimmerman's group is involved in a separate case in New Jersey, where the Elmwood Park police chief has filed a libel lawsuit against several people who posted critical comments anonymously on a news Web site. In a typical posting cited in the suit, someone using the name "charlie1" wrote, "Now we have a Chief who needs a full-time assistant to work the same shift he does ... and our Chief still can't handle a small department."

Donald Ingrasselino, the police chief, wants NJ.com, which is run by the media company that owns the Star-Ledger newspaper, to disclose the identities of the commenters.

"The court has to balance their freedom of speech with my client's rights," says Nicholas Schillaci, Ingrasselino's attorney. The EFF, which is representing the anonymous commenters, is trying to block disclosure, and a hearing is scheduled in state court later in September.

In a separate case, a Chicago developer is suing to uncover the names of people who wrote a number of anonymous posts on several neighborhood blogs and message boards.

Psst! You're Not Anonymous

One lesson here, Zimmerman says, is that Internet users should never assume that they will remain anonymous.

"Everyone, if they are posting information online, unless they are taking very specific technological measures to prevent disclosures, should assume that that information is going to be able to be obtained through the legal process," he says.

There are a number of services to help bloggers and others remain anonymous on the Internet, and there are many active online communities created expressly to foster that anonymity.

New technology, however, is helping tech-savvy users to expose those who want to remain anonymous.

For one thing, a lot more information about people is available on the Internet than many people realize. The proliferation of social networking sites means all kinds of facts are often posted by people themselves, along with other details published by their friends. In addition, search tools that incorporate sophisticated technology like facial recognition software add another new element to help track people online. Combined, this means it is increasingly possible for Internet users to unmask an anonymous blogger by crosschecking information and data that's available elsewhere online.

Relegated To The Internet's Dark Corners?

Madden says this could be part of a natural cycle, pointing out that in traditional small-town America, people were used to sharing all kinds of information with their neighbors.

"This idea that you could live your life moving from place to place and not have your personal history follow with you is a very strange thing," Madden says. "Now we're moving toward a time where more of that information does stick with you, but it's on the Internet."

Author Andrew Keen, who wrote a book about how blogs and user-generated Web sites are destroying the culture, says those who want to remain anonymous are increasingly being "marginalized" online. On sites like Twitter, he adds, anonymous users who are indiscriminately nasty rarely accumulate many followers.

"In the future, I think there will be pockets of outrageously irresponsible, anonymous people who will congregate in dark corners of the Internet, like on dark streets in disreputable parts of cities in the middle of the night," says Keen, who wrote The Cult of the Amateur. "But for the most part, we will have cleansed ourselves of the anonymous. It will increasingly be something like smoking, which is looked down on."

More Responsible Posts ... And More Fun To Read, Too

The nastiness in many of the anonymous forums might be part of what is propelling the success of sites like Facebook, where most participants use their real names. But the quality of the content is often higher as well.

"It might be entertaining to post anonymously, but it's not very interesting to read," says Harvard's Donath. "When people are going to be named, whether it's their real name or a persistent pseudonym, it takes them more of an effort to maintain the credibility of their name."

Some sites, like Twitter, are starting to take active measures to make sure well-known figures, particularly celebrities, posting on their sites are not impostors. Twitter's moves come, in part, in response to an incident where a well-known Twitter feed supposedly written by actor Christopher Walken was exposed as a spoof. The company has now begun verifying the identities of users purporting to be public officials and famous artists and athletes.

"At least now you know that if someone is claiming to be Ashton Kutcher, it's the actual person," says Vin Crosbie, a professor at Syracuse University's S.I. Newhouse School of Public Communications. "The forums that have some requirement that people identify themselves as real people have more responsibility. If there is no responsibility, it tends to degrade."