Accessibility links
Thinking Of New Windows? Save Your Energy Anyone replacing old, drafty windows at home with new energy-efficient ones can get a federal tax credit of up to $1,500. But energy experts say there are less expensive ways to reduce energy costs. 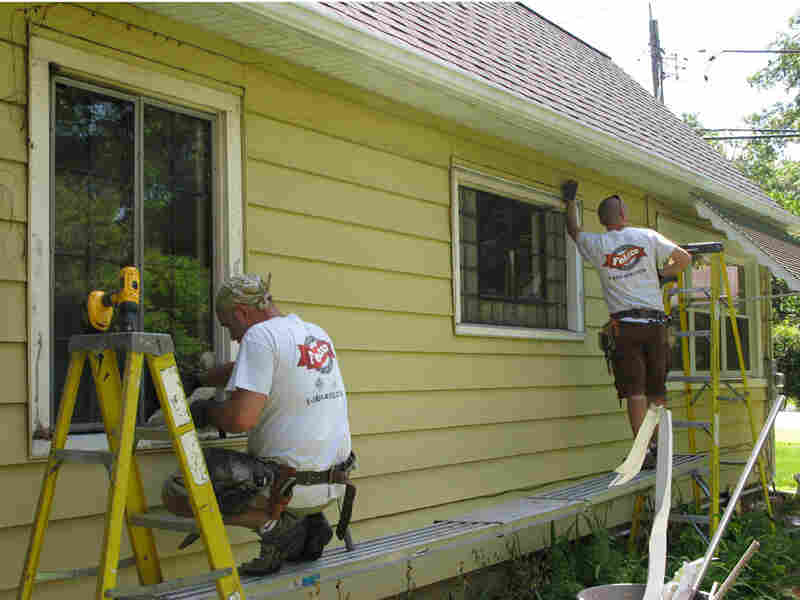 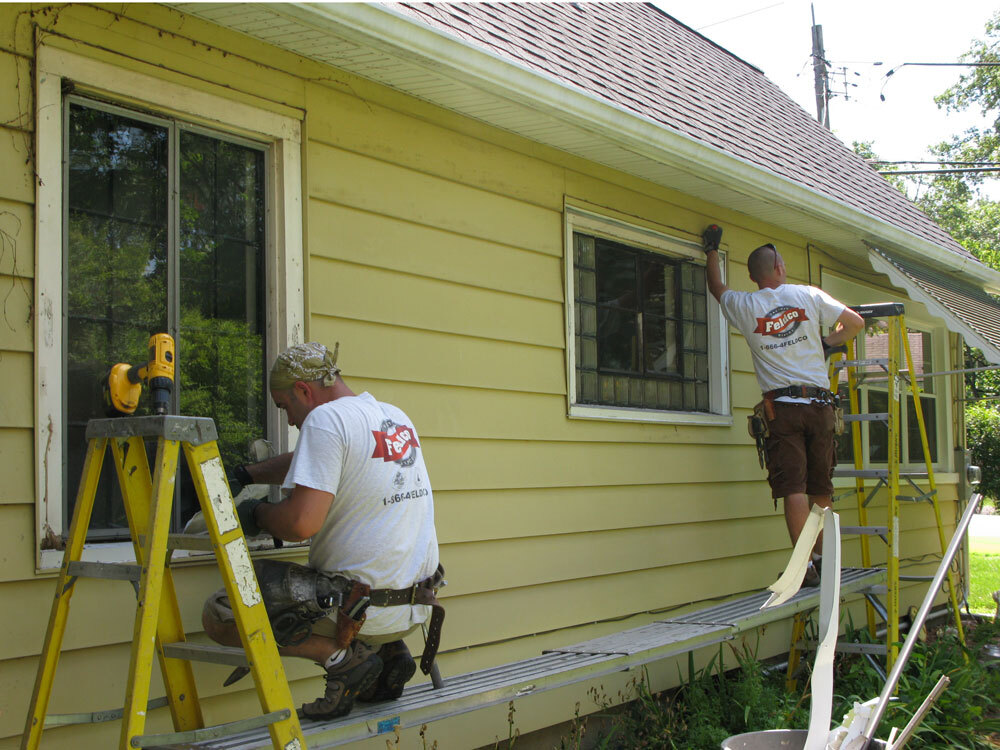 This story is part of a series called How Green Is It? airing on All Things Considered. The series examines some of the things Americans are doing — and buying — to help the environment and whether those steps really are as "green" as they seem.

Windows can provide great views and fresh air, but they also can run up energy bills. That's why many people opt to replace old drafty windows at home with new energy-efficient ones.

Those who choose this route can now get a federal tax credit of up to $1,500. Nancy Munson, a resident of Downers Grove, Ill., a suburb west of Chicago, is one of many rushing to take advantage before the tax credit expires at the end of next year. Her 1950s-era two-bedroom cottage has its original widows, which have single-glass panes and metal frames. 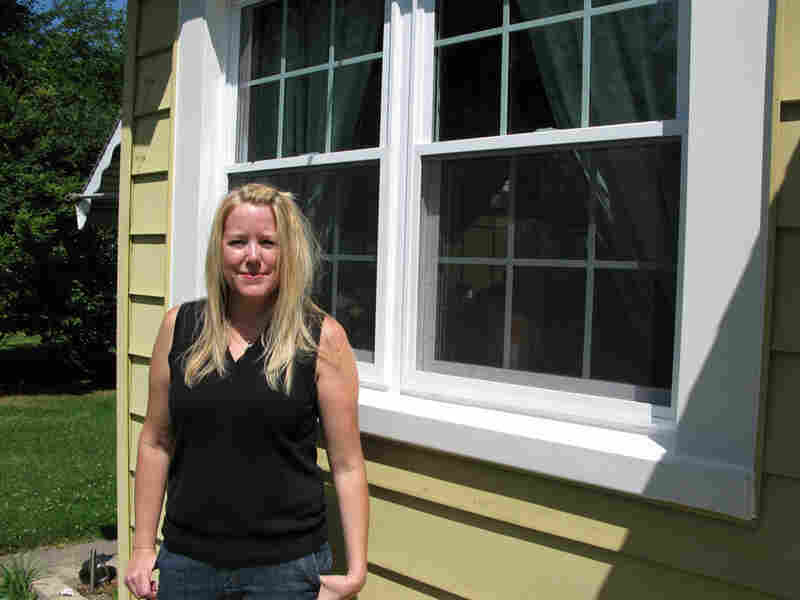 Nancy Munson shows off one of the new vinyl replacement windows that she had installed last fall. Cheryl Corley/NPR hide caption 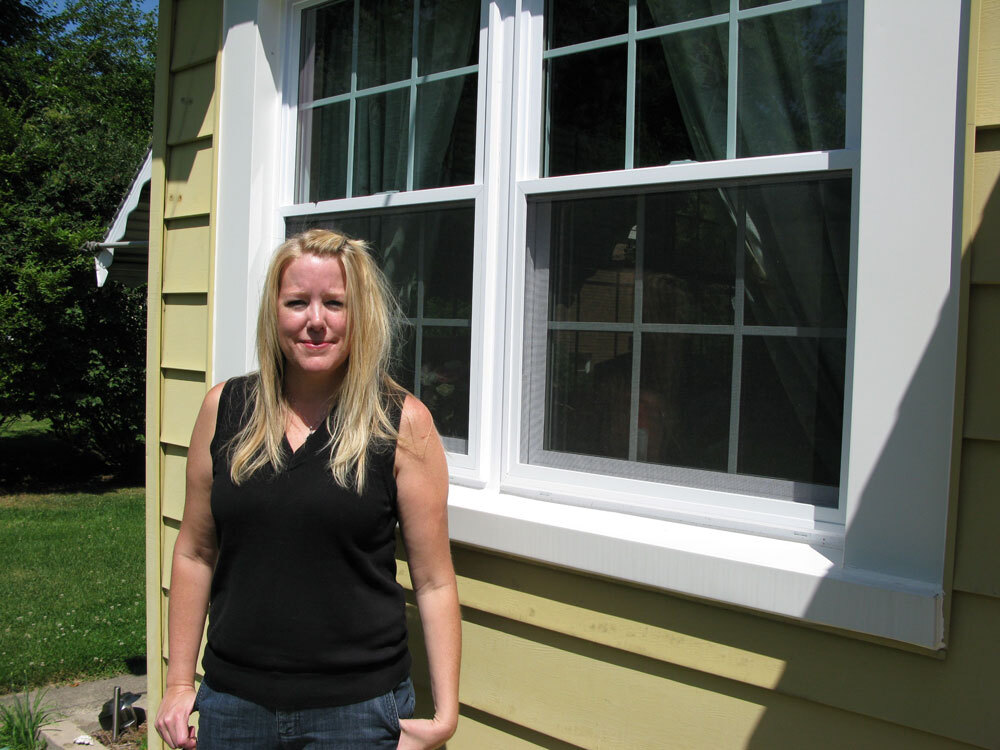 Nancy Munson shows off one of the new vinyl replacement windows that she had installed last fall.

After she put energy-efficient vinyl-frame windows in the back of the house last fall, she says, her heating bills dropped by $25 to $50 each month. Munson is spending $9,000 for the front windows and hopes her energy costs will drop further.

— The Energy Star Web site provides information about the federal tax credits for energy efficiency. Click on windows and doors for information specifically about windows.

— The National Fenestration Rating Council is a non-profit organization that administers the rating and labeling system for the energy performance of windows, doors and skylights.

Are New Windows The Best Approach?

Energy experts say there are less-expensive ways to reduce energy costs. Brandon Thiele, the founder of Chicago Energy Consultants, says investing in windows is last on his list in terms of building energy efficiency.

"You can't deny that a single-pane window is not going to be outperformed by a new double-pane or triple-pane window," Thiele says. "But the money that you would typically spend on that is typically better spent on sealing air leaks in the home and increasing insulation levels."

Thiele says homeowners can take some first steps that are far less expensive than new windows and offer more of an immediate payback. They include weather stripping or using plastic films to cover drafty windows, as well as sealing up holes with cans of foam and caulk.

"More often than not, the big leaks you'll find in the home that cause the biggest energy consumption are hidden in walls," Thiele says. He cites as an example an area of his own basement that he has yet to repair. Tucked near a back wall, air flows from a hole where the plumbing stack and vent for the furnace are located.

Nadav Malin, president of BuildingGreen.com, a company that specializes in environmental impacts on buildings, agrees that replacing windows might not be a first choice. But, he says, "at [a] certain point, if you are going to make your house very energy efficient, you have to also deal with the windows." He says consumers who are thinking about replacing windows may be able to simply replace their window sashes (the framework that holds the panes of glass) to increase energy efficiency.

Materials used to construct window frames do have an impact on the environment, Malin says. He was part of a task force sponsored by the U.S. Green Building Council that studied the life cycle of the three most common window types: wood, vinyl and aluminum.

Wood windows raise concerns about forest management because trees have to be cut down to make them. Plus, the frames require periodic painting and maintenance, Malin notes. Aluminum windows are energy-intensive to manufacture. They conduct heat readily but are easy to recycle.

Some environmental groups argue that vinyl is too toxic to be considered green. "Vinyl is very stable, and there's really not any human health risk to the homeowner," Malin says. "It really has to do with some of the chemicals that are made in the process of making vinyl and concern about its disposal at the end of its use."

He adds, though, that the environmental impact of all of the window frames, including fiberglass and composites, is secondary to the thermal performance of the entire window. He says the main concern should be how effective the window is at keeping heat on the side where it's wanted.

Consumers who plan to replace windows should keep in mind the ratings that measure a window's energy efficiency. To help prevent "green fatigue," there are a number of Web sites that help decipher the regulations, including the federal government's Energy Star site.

The two most important factors to consider are the U-factor, which measures the rate of heat loss for an entire window, and the Solar Heat Gain Coefficient, or SHGC, which measures how effectively the window blocks heat coming from the sun.

In both instances, the lower the rating the better. Windows must have a U-factor and a SHGC of 0.3 or lower to receive the federal tax credit.

"I expect to get the $1,500 back," says Munson, the suburban Chicago homeowner. The energy ratings for her new windows are lower than 0.3. So, in addition to hoping for a cozy home during the winter, Munson says she hopes her new windows will increase the value of her home.