Accessibility links
Daniel Liu Redefines The Male Supermodel Daniel Liu comes across as the typical guy next door — unless you happen to live next door to a supermodel who walks the fashion runways of New York. At age 26, Liu is already a rising star among models, and one of the few Asian-American males making headlines in the industry. Liu talks about his budding career.

Daniel Liu comes across as the typical guy next door — unless you happen to live next door to a supermodel who walks the fashion runways of New York. At age 26, Liu is already a rising star among models, and one of the few Asian-American males making headlines in the industry. Liu talks about his budding career. 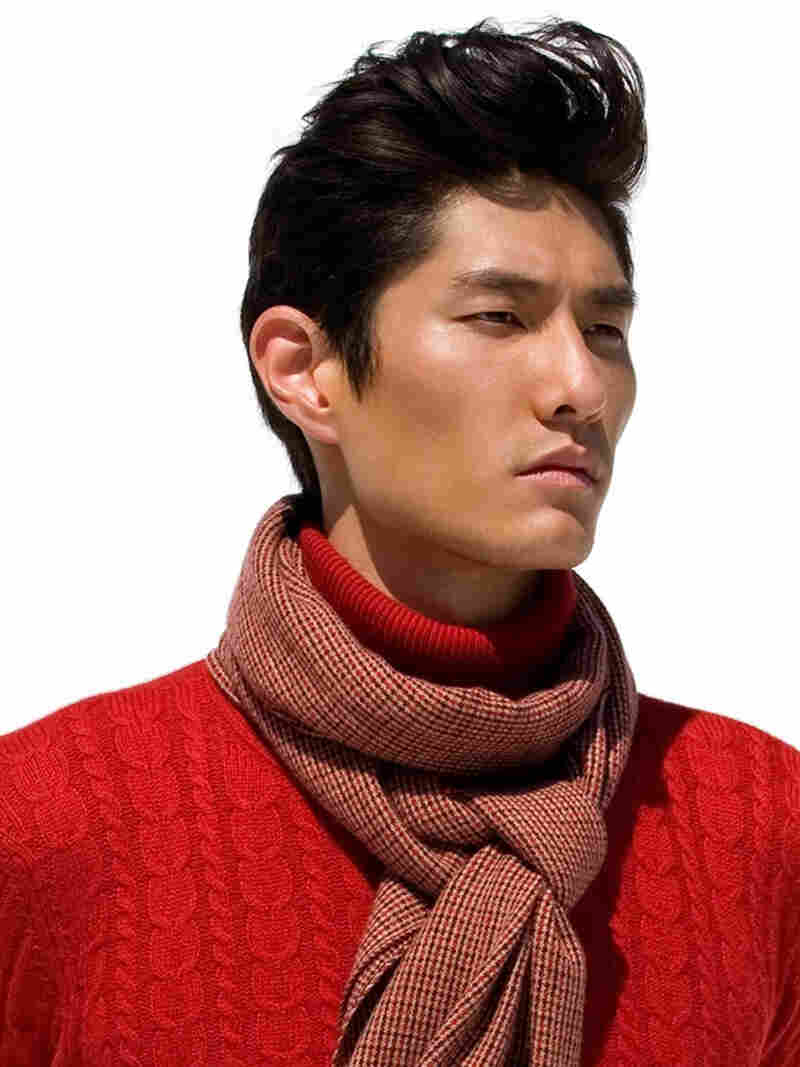 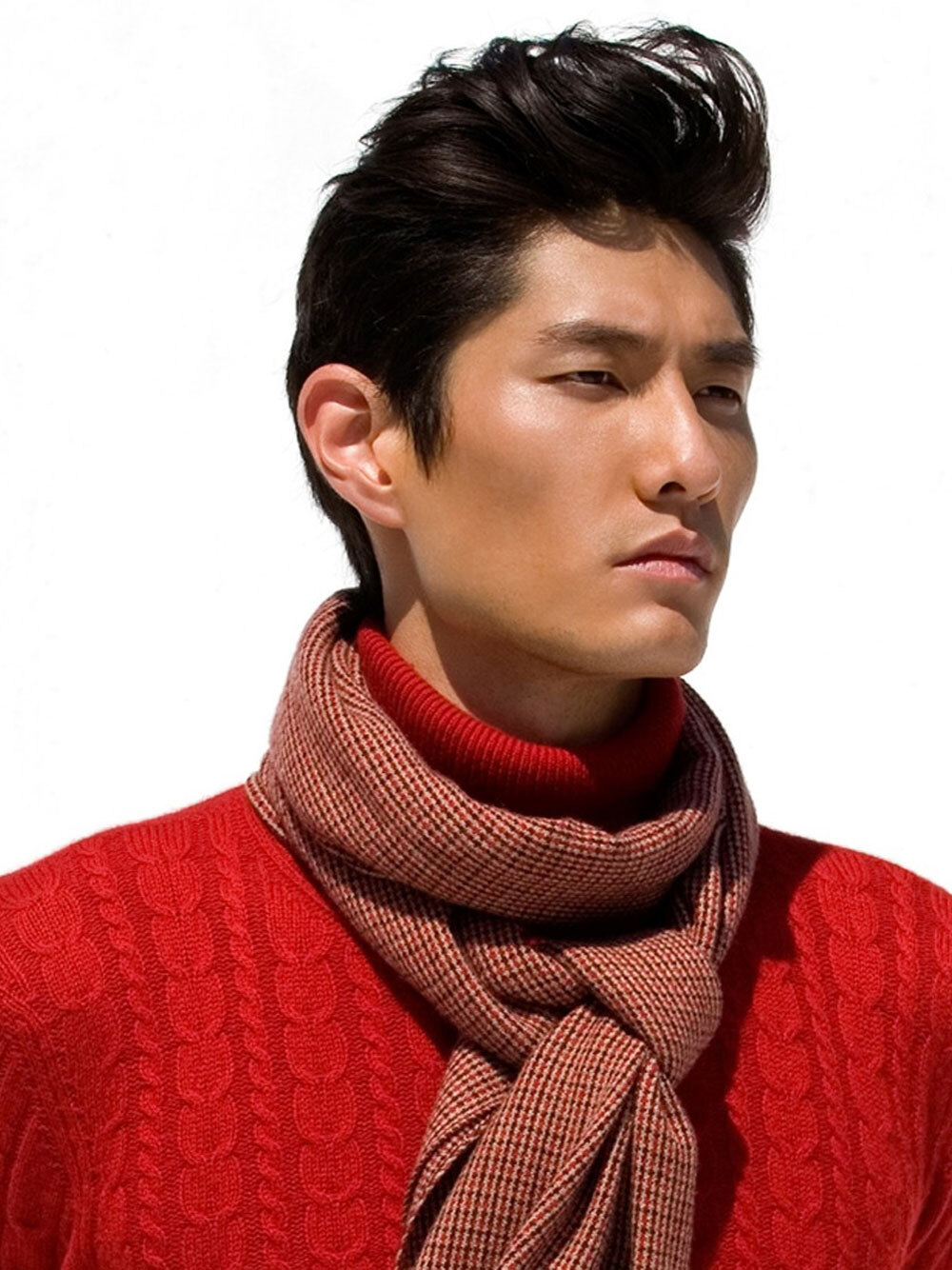 I'm Linda Wertheimer. This is TELL ME MORE from NPR News. Michel Martin is away.

Coming up, New York Governor David Paterson signs a bill banning a derogatory ethnic term from all state documents. We'll tell you what and why.

But first, it's time for the Next Big Thing. That's our regular feature, spotlighting trends or people who everyone will be talking about in the future. Today, we're talking to Daniel Liu. He's your typical guy next door if you happen to live next door to the fashion runways in New York.

At the age 26, he's a rising star among models, and there's something else that distinguishes him. Daniel Liu is one of the few Asian-American male models working now in the U.S., and he joins us. Daniel, welcome to the program.

Mr. DANIEL LIU (Fashion Model): Hi, Linda, how are you?

WERTHEIMER: Pretty good. Could you just first just tell us how you got started? How did you get into modeling?

Mr. LIU: Well, I got into modeling when actually my mom entered me into a modeling contest, which I won, and then my sister took some photos from that contest and sent them into the Ford Modeling Agency.

WERTHEIMER: And then Ford, just like that, called you?

WERTHEIMER: Well, now, the fact that you jumped off the page for some big players like the Ford Agency, that must mean that you've got some kind of a look that they want. Do you know what it is? Could you describe it?

Mr. LIU: You know, I don't know if it's, like, any one thing. I've been told I've got very strong cheekbones. I've definitely got the height. So…

WERTHEIMER: Slender, athletic and all that. We looked at your look book, so we saw. We saw quite a lot of Daniel, as a matter of fact.

WERTHEIMER: Now, I've got to say I love the hair.

WERTHEIMER: Is this a - do you think there's a sort of a sullen look that is something that maybe magazines are looking for? You look very solemn in all your pictures.

Mr. LIU: You know, that was just for that shoot. I think magazines are looking for different looks all the time. There's so many different-looking models, so it really just depends on what the magazine wants at the time.

Mr. LIU: I think a lot of times they have a certain idea in mind, but they also want the model to kind of channel their own energy into the photo shoot. So you know, you work with a photographer. You kind of talk to the art directors, and you find out what they're looking for, and then you do your best to give them the look that they want.

Mr. LIU: Yeah. Yeah, actually, you know, some photographers will tell you they want you to pretend like you're acting. They really want to get that live look when they're shooting you. They don't want it to look so scripted.

WERTHEIMER: Do you find it easy to step outside of your own idea of yourself and into their idea of you?

WERTHEIMER: Well, so how's the work? Do you think that Asian-American models are in demand? Do you worry about being accepted?

Mr. LIU: You know, I don't worry about being accepted. I think the world's definitely ready for just models of all types.

WERTHEIMER: So diversity is the key?

Mr. LIU: Yeah, you know, I mean, diversity's great in my opinion.

Mr. LIU: Yeah, I hope it continues to work for me.

WERTHEIMER: So where do we look for you? Any big projects that we might - where we might see you, like fashion week or TV commercials or something?

Mr. LIU: Well, we've got New York Fashion Week coming up. I'm going to be going to a lot of auditions for the runway shows coming up this month. So I'm pretty excited about that.

WERTHEIMER: Okay, well, and you were going to say?

Mr. LIU: And well, I'm also on hold for a couple of projects. I don't know if they're going to go through yet, but I am on hold for GQ China.

Mr. LIU: For a 10-page spread, which I think is huge for someone just starting out. So…

WERTHEIMER: Well, congratulations on that.

WERTHEIMER: Daniel Liu is a model with the Ford Modeling Agency. He joined us from our New York bureau. You can see pictures of his work on our Web site. That's the TELL ME MORE page of the new npr.org. Daniel, thanks.

Mr. LIU: Thank you so much.