Accessibility links
'Guardians Of The Gate' Recall Thwarting Suicides Ironworkers Kerry Davis and Ken Hopper have climbed around on the Golden Gate Bridge for 25 years. In that time, they've met many challenges — but the most troubling have come from people wanting to commit suicide by jumping from the tall span. 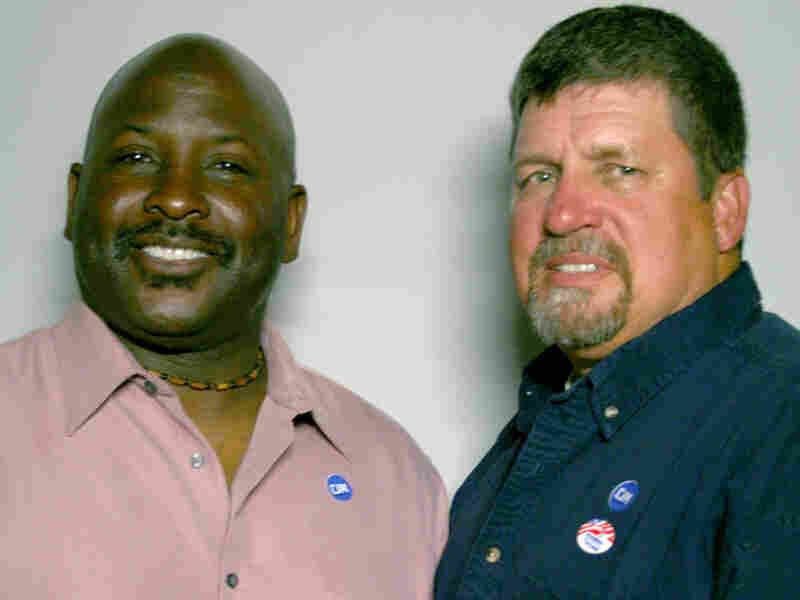 Ironworkers Kerry Davis (left) and Ken Hopper have worked together on the Golden Gate Bridge for 25 years. StoryCorps hide caption 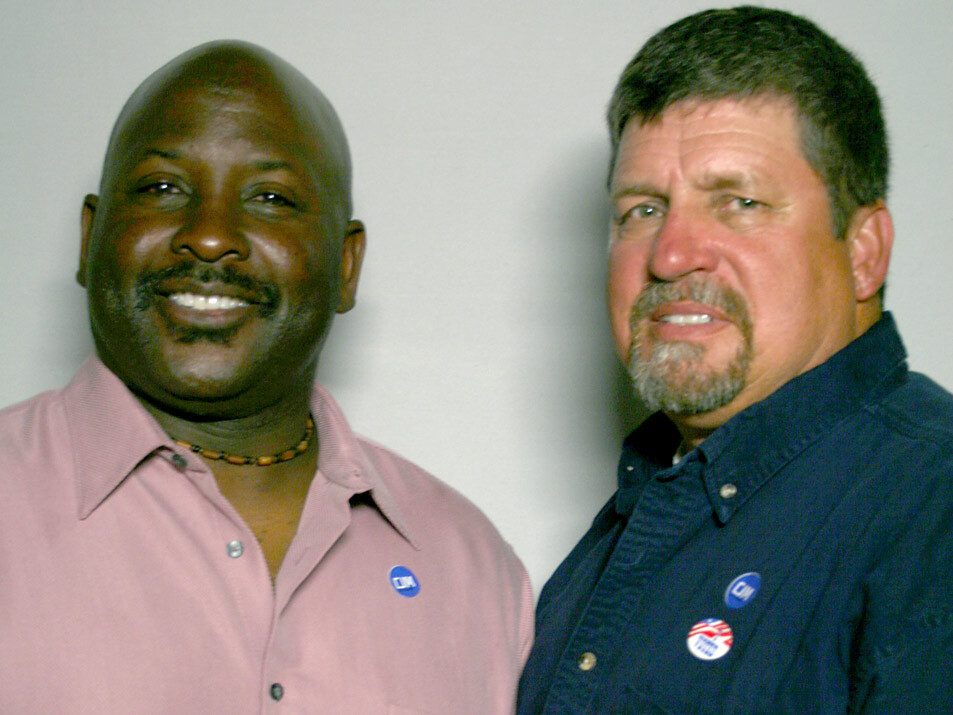 Ironworkers Kerry Davis (left) and Ken Hopper have worked together on the Golden Gate Bridge for 25 years.

For 25 years, ironworkers Kerry Davis and Ken Hopper have climbed around on San Francisco's Golden Gate Bridge, where the tops of the towers rise 746 feet above the water below.

The job requires them to walk on a 3-foot-wide pipe, in the face of the wind and bad weather. But the pair says that's not a drawback — they both love working in what Hopper calls "the world's biggest jungle gym."

For safety, Hopper and Davis wear full-body harnesses that are anchored to the bridge. But they also rely on one another.

"We have each other's back," Davis said. "We do all the stuff that nobody else wants to do."

But those heights, and the bridge's easy public access, also make the Golden Gate Bridge a destination for people contemplating suicide. And often, Davis and Hopper have been the first ones called to help when someone goes out over the safety rail.

I just flat-out say it: 'You thinking about jumping off this bridge today?' And I've had them truly answer, 'Yeah.'

Wearing their harnesses, they try to get close to the person and talk to him — or at times, just grab him to stop him from jumping.

"I've got to the point where I walk up to them," Hopper said, "and I just flat-out say it: 'You thinking about jumping off this bridge today?' And I've had them truly answer, 'Yeah.' "

It's difficult to see people at that level of desperation, Hopper and Davis say — especially the ones who succeed in ending their lives. But thankfully, many of them do not.

"The majority of the time, we've been pretty successful," Davis said. "I'd say we've gotten 90 percent of the people that we've gone out after."

In particular, Davis recalls a San Francisco bartender who was considering leaping off the bridge after he couldn't find a job. The two wound up having a conversation on the bridge, and the man came down safely.

The men often have no idea what happens to the people who decide not to jump. But they've also gained some nicknames: "The Guardians of the Gate, or The Angels of the Gate," Hopper said. "It was nice to hear."