Accessibility links
'Big Fan': The Defeat Of A Football Fantasy Big Fan explores the passion and obsession of those who live on the fringes of professional sports. Patton Oswalt gives a powerful performance as a die-hard Giants fan who has an unexpected brush with football fame. 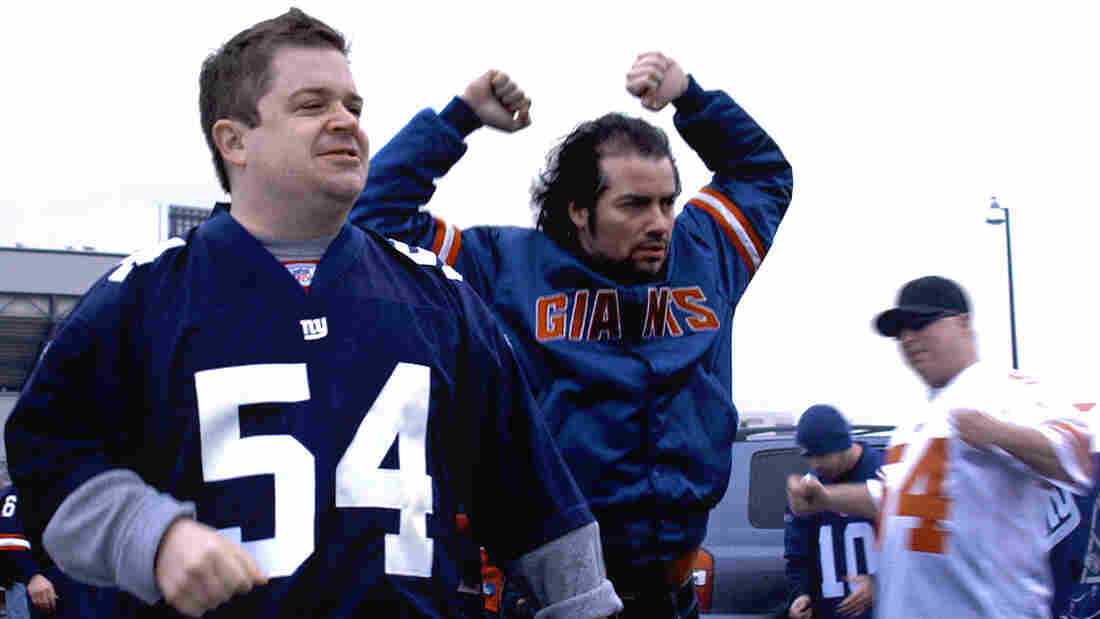 For the love of the game: Paul (Patton Oswalt) and his buddy Sal (Kevin Corrigan) are die-hard Giants fans who watch games on TV in the stadium parking lot. First Independent Pictures hide caption

Rated R: A bit of blood and a few bruises, but nothing too wince-worthy

An examination of a crisis in the life of the most die-hard of football fans, Big Fan is a poignant, dead-on character study. Its situations can be outrageous, its dialogue often scabrous, but its sense of the core reality it describes is impeccable.

Big Fan neither denigrates nor idealizes its protagonist, New York Giants fan Paul Aufiero, played (very seriously) by the comedian and actor Patton Oswalt. It may not even particularly like Paul. But it does respect the ferocity of those convictions, and the courage of his obsessions no matter what.

It's not surprising that Robert D. Siegel is the writer behind Big Fan. He's also the writer of The Wrestler, and both films share a feeling for society's underside, for the people who live on the fringes of professional sports. With this film, fortunately, Siegel does the directing himself, and his understanding of the value of subtlety and the power of understatement pays considerable dividends.

As he did for Mickey Rourke with Randy "The Ram" Robinson, Siegel has written a killer role for leading man Oswalt, best known for TV's The King of Queens and his turn as the voice of Remy the Rat in Pixar's animated Ratatouille. Oswalt may be unlikely to get an Oscar nomination, but he certainly deserves one.

A 36-year-old Staten Islander who watches his team on TV in the stadium parking lot, Paul Aufiero is introduced at his day job, manning the booth at a parking garage. What he really lives for, however, are his New York Giants in general, and being a call-in voice on The Zone, a late-night sports-talk radio show, in particular.

Though he loves all the Giants, Paul's hero is marauding linebacker and five-time All-Pro Quantrell Bishop (newcomer Jonathan Hamm). So imagine his state of mind when he catches a glimpse of Bishop at a Staten Island gas station and decides on impulse to follow him no matter where it leads. It leads to trouble. 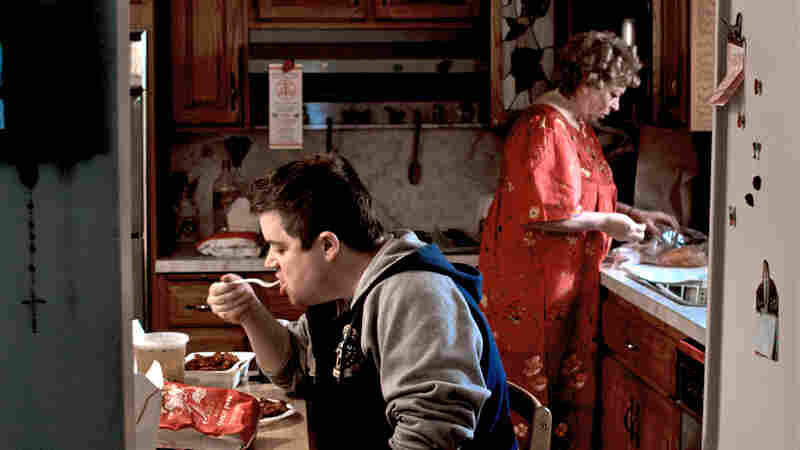 For the home team: Paul Aufiero (Oswalt) lives with his mother at home, where he sleeps beneath a poster of his favorite Giants player. First Independent Pictures hide caption 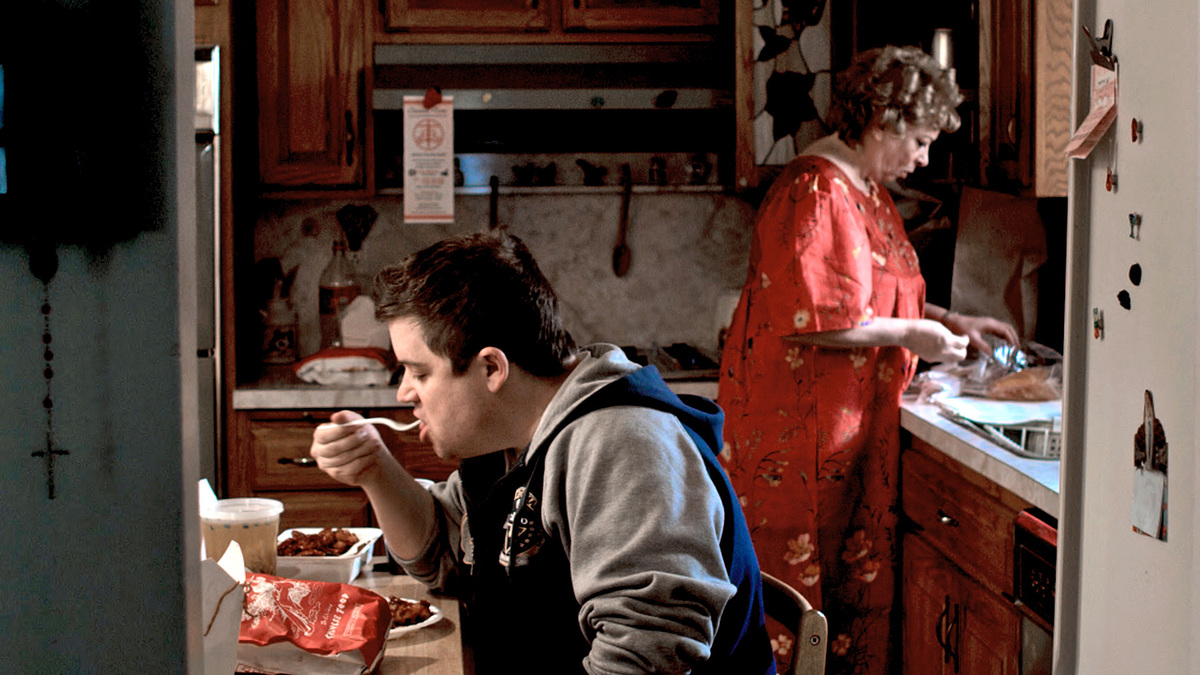 For the home team: Paul Aufiero (Oswalt) lives with his mother at home, where he sleeps beneath a poster of his favorite Giants player.

It is the achievement of Big Fan to let us see Paul not necessarily as a loser, but as someone who has found something he loves, something that sustains him. Like a hipster with a contempt for the square world, Paul feels superior to his bourgeois relatives; he feels like he has a calling, a vocation that puts him on a higher level. When he says of his conventional siblings, "I don't want what they've got," he's telling the biggest truth he knows.

Seeing this film brought back a personal memory to me, a recollection of being a young sportswriter at a Washington Redskins home opener — the first for new coach George Allen — sitting in the press box next to the great essayist Heywood Hale Broun and being astounded as 50,000 fans screamed like they'd never screamed before. I gave Broun a questioning look, and he just shrugged.

"To the eternal question, 'Who am I,' " he said elegantly above the din, " 'I am a Redskins fan' provides a convenient answer." It always has — and, if Big Fan is any indication, it likely always will.