Accessibility links
Chip Taylor: Song-By-Song Autobiography Some people get more than their fair share of the action. As the songwriter behind "Wild Thing" and "Angel of the Morning," Chip Taylor has enjoyed a long life of exploits on the road — and at the track as a professional gambler. In this session from WFUV, Taylor offers a personal history tour in song.

Some people get more than their fair share of the action. Chip Taylor emerged from a family loaded with talent — one brother became a famous geologist, while another is actor Jon Voight — and went on to become both a legendary gambler and the writer of classic songs such as "Wild Thing," "Angel of the Morning" and "Try (Just a Little Bit Harder)."

Best Of The Session

'Any Way That You Want Me' 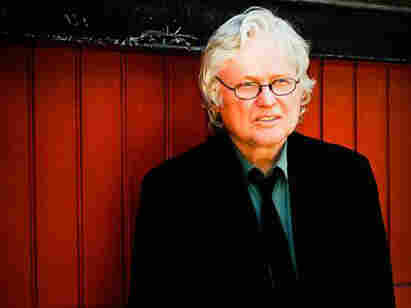 As you can imagine, he has stories to tell of his exploits at the track and on the road. As a performer in his own right, Taylor has become enormously popular overseas — and he certainly won over a live audience in WFUV's Studio-A. His latest project, Songs from a Dutch Tour, is a book and CD that acts like a song-by-song autobiography. In an hour-long session, Taylor gave us a personal tour of his rich and unpredictable career.