Accessibility links
Coveted Ambassadorships Go To Obama Fundraisers Japan is welcoming a new government and a new U.S. ambassador. John Roos isn't an expert on the region, but rather a Silicon Valley lawyer and political fundraiser. Choices such as this suggest President Obama is continuing a tradition of rewarding donors with plum assignments abroad, analysts say. 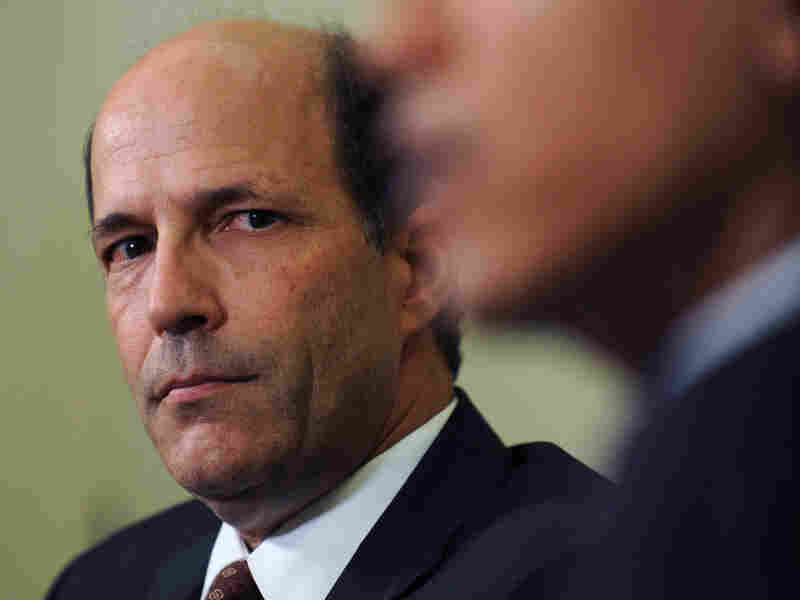 President Obama meets John Roos (left), U.S. ambassador to Japan, in the Oval Office at the White House on Aug. 6. Roos is a Silicon Valley lawyer who had not been to Japan before his appointment — and who raised money for Obama's presidential campaign. Jewel Samad/AFP/Getty Images hide caption 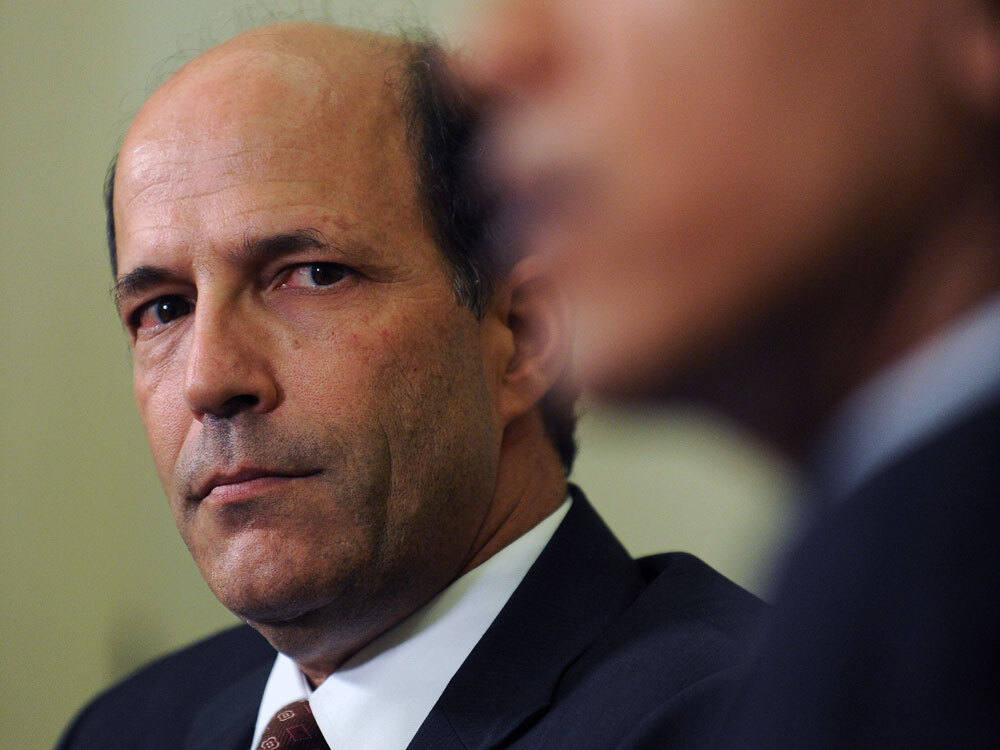 President Obama meets John Roos (left), U.S. ambassador to Japan, in the Oval Office at the White House on Aug. 6. Roos is a Silicon Valley lawyer who had not been to Japan before his appointment — and who raised money for Obama's presidential campaign.

Japan's recent elections have ushered in a period of political change, and the new government is likely to revise its relationship with the United States. The Obama administration's new ambassador to Japan is not an expert on the region, but rather a Silicon Valley lawyer and political fundraiser.

This is just one sign of how President Obama is continuing a time-honored tradition of rewarding donors with plum assignments abroad.

When Obama came into office talking about change, he raised some expectations that he would alter the way he would choose new ambassadors.

"My general inclination is to have civil service, wherever possible, serve in these posts," he said in January.

At the time, he told reporters that there would be some political appointees to ambassadorships, but that he wanted to reward the rank and file, too.

"I want to recruit young people into the State Department to feel that this is a career track that they can be on for the long term, and so my expectation is that high-quality civil servants are going to be rewarded," Obama said.

But so far, more than half of the ambassadors he has named are political appointees — including several so-called bundlers, or superfundraisers who organize and collect campaign contributions, according to Dave Levinthal of the Center for Responsive Politics.

"They are people who are financiers who've helped the Obama campaign from the outset, and they are getting some plum positions — France, Spain, Germany, the U.K., Japan, Canada," he says.

British news reports highlighted the fact that the new U.S. ambassador there, Louis Susman, has been called "the vacuum cleaner" for his ability to pull in political donations.

In Japan, Silicon Valley lawyer Roos — who had never been to the country prior to his appointment — is already settling in as ambassador. Levinthal says Roos was a bundler who brought in more than $500,000 for the Obama campaign.

"It doesn't mean necessarily that these people are underqualified. It doesn't necessarily mean that these people shouldn't be in the positions that they're in. But clearly they do have a relationship with the president that goes beyond just one of merit. There is a financial relationship there, and we just want to make sure that people understand that there is," Levinthal says.

Of course, this is a tradition in U.S. politics, but it is one most countries think is crazy, says Ronald Neumann, who runs the American Academy of Diplomacy. He says the system is a holdover from the 18th and 19th centuries, and that most countries — France, Germany, the U.K. and Japan included — now rely mainly on their civil servants to serve as diplomats.

"There are smaller countries in Africa, the Middle East, where they regularly exile their political opponents to ambassadorships or send their favorite general. I just don't happen think those are particularly the models that the U.S. would emulate," Neumann adds.

Neumann is not opposed to political appointees: Some of the biggest figures in U.S. diplomatic history have been non-career diplomats. But he says what ends up happening is that career diplomats get all the tough assignments. Neumann, for example, has been ambassador to Algeria, Bahrain and Afghanistan.

"We're sending a lot of people to rather hard, nasty places like Afghanistan and Iraq, and what you are perceiving is the view that that service is not nearly as important as raising money for the president. That's a little bit of a downer," Neumann says.

"On the other hand, I haven't seen people dropping out of the foreign service because they're not going to get to be ambassador to London," he adds.

Neumann had hoped the Obama administration might do things differently than past presidents. And there is still time to change the record, with many more ambassadorial positions still to be filled.