A few weeks ago, a new CD by the violist Kim Kashkashian arrived in the mail. She plays pieces by Armenian and Israeli composers on the disc, and after popping it into the CD player, I was amazed to find myself blown away by the title track. 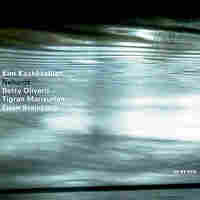 more from the new CD 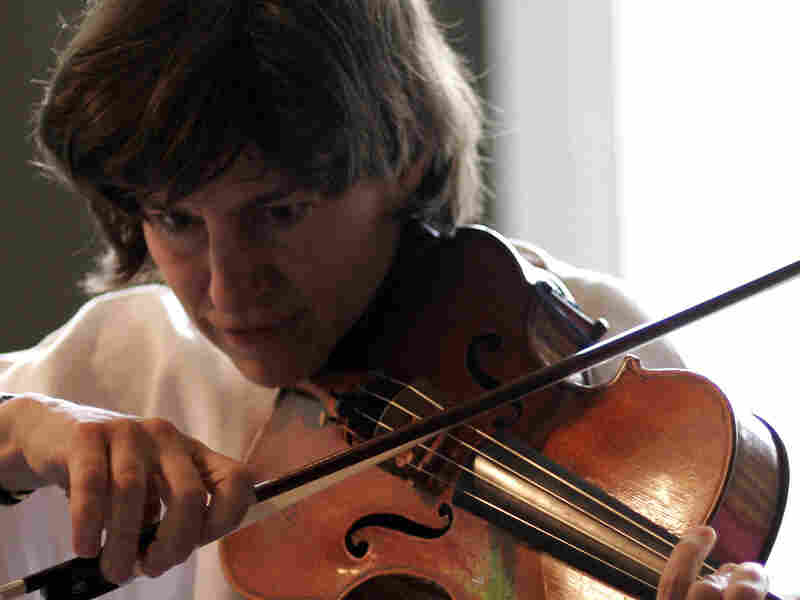 On her new CD, Kim Kashkashian tries to play her viola not like an string instrument, but like a human voice. Claire Stefani hide caption 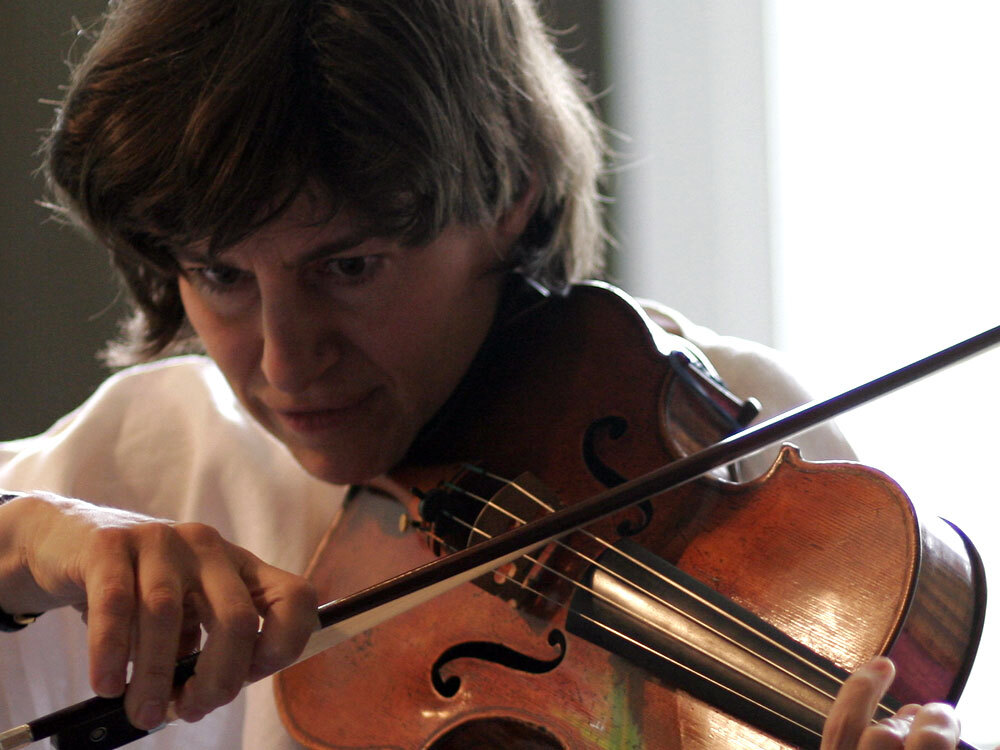 On her new CD, Kim Kashkashian tries to play her viola not like an string instrument, but like a human voice.

It's called Neharot, Neharot. That's Hebrew for Rivers, Rivers. Kashkashian says it's about war and grief.

"The piece refers specifically to the weeping and mourning of women before, during and after war," Kashkashian says, although the music wasn't originally intended to reflect that.

Israeli composer Betty Olivero was writing a piece for Kashkashian to play when war broke out across Israel's northern border. Rockets were flying. People were dying, and grieving. And those events forced themselves into Olivero's composition.

It's scored for two string ensembles — that often play against each other — an accordion, percussion and, of course, Kashkashian's viola. (You can hear an excerpts of the music on the left side of this page.)

The music quotes liberally from Middle Eastern melodies and songs of mourning, Kashkashian says. There are also quotes from a madrigal by the Italian baroque composer, Claudio Monteverdi, which sound just out of reach — just beneath an only partially penetrable, dark surface.

"The piece starts very, very dark," Kashkasian explains. "The two orchestras play a dissonance both harmonically and rhythmically, and the accordion is joining the second orchestra. So that's how the piece opens, and what you've got is a picture that's already distorted from the very beginning."

The music becomes more conflicted, and then the mournful lament of violas begins. Not Kashkashian's, but those of the ensemble.

"What Olivero's done is darken the picture, make us a little confused," Kashkashian says.

Some nine minutes into these musical allusions to war and grief, it becomes explicit. The taped voices of women crying out in mourning seem to appear from the haze, intertwining with Kashkashian's viola.

She says the challenge for her in this piece is not to play like a classical violist. Kaskashian tries to match the singers in a way she describes as more vocal than instrumental.

Within a few minutes, there's some resolution, some familiar intervals. But I found the memory of those voices stayed with me — they are actually laments that professional mourners sing in Arabic and in Kurdish. For me, it demonstrates the paradox of recording. I can listen to them over again. I can read liner notes that describe how the composer came by the idea. But nothing substitutes for the first hearing — when it is new, powerful, disorienting and painful.

"It is a paradox," Kashkashian says. "For all of us interpreters, we face the paradox of having a given text, which stays the same. It's our job to be true to it and yet to make it new every time we get on stage."