Accessibility links
Getting To Know The Animal Families Of 'Earth' Alastair Fothergill and Mark Linfield are the directors behind the hit nature-documentary series Planet Earth. Their new movie, Earth, uses some of the same footage — but it's "character-based" rather than "habitat based." 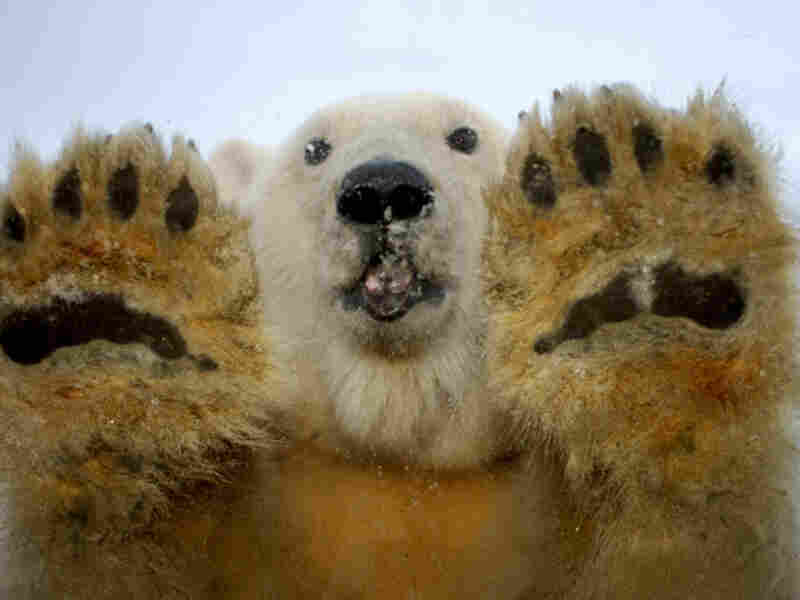 A polar bear peers into the camera. Photolibrary hide caption 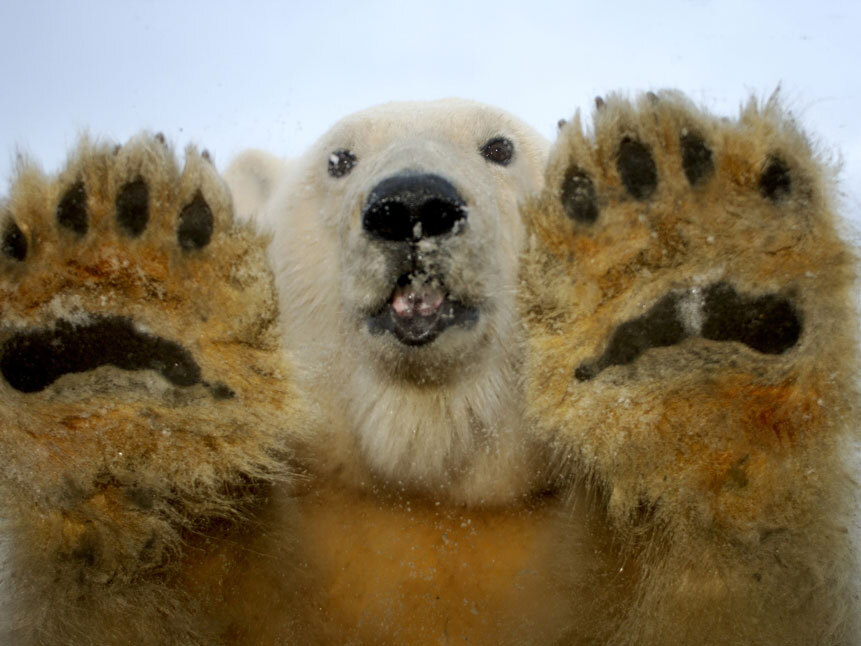 A polar bear peers into the camera.

It's Animal Week on Fresh Air; during these last days of summer, we're featuring rebroadcasts of our best conversations about animals and how we live with them.

Shot at 200 different locations in 64 different countries, Earth covers a vast terrain that ranges from the tops of mountains to the bottom of the ocean. The film was five years in the making.

Fothergill and Linfield also directed the BBC series Earth and the Discovery Channel series Planet Earth. The duo says that while the TV series were "habitat-based," the new film is "character-based."

This interview was originally broadcast on April 22, 2009.

'Earth,' A Documentary As Big As All Outdoors

'Earth,' A Documentary As Big As All Outdoors 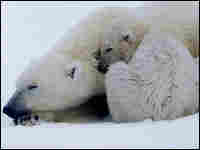 A polar bear and cub snuggled up together. Photolibrary hide caption

A polar bear and cub snuggled up together.

Lions wait for dark to fall before attempting to hunt elephants in the Kalahari Desert. BBC hide caption

Lions wait for dark to fall before attempting to hunt elephants in the Kalahari Desert. 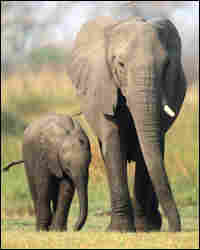 An African elephant and her calf in Botswana. Andrew Parkinson/naturepl.com hide caption

An African elephant and her calf in Botswana.

The documentary Earth, which opens Wednesday in movie theaters, may look familiar to Discovery Channel viewers. That's because the film features footage from the televised nature series, Planet Earth. But when a subject is as big as all outdoors, the big screen has some advantages.

The TV series was 11 hours long and was such an enormous undertaking that it required the resources of three major television networks: the BBC, Discovery Channel and Japan's NHK network. By rights, condensing it to 96 minutes ought to diminish it, but the movie's tour guide is James Earl Jones, and Jones just doesn't do small. Even talking about trees and flowers he's going for majesty, and just wait until he gets to the whales and elephants.

The impulse driving the BBC when it conceived the Planet Earth project in 2001 was to preserve images of the wilds of nature while they were still around to preserve. Wait too long in an age of global warming, went the logic, and the healthiest remaining tigers might be in zoos. The series didn't have to say that, nor does the film. Even when the images are majestic, you are constantly aware of the fragility of life — as when a polar bear emerges from hibernation with a pair of 2-month-old cubs, blinking at the first daylight they have ever seen.

Perhaps because Disney is releasing the film in the U.S., the narration does a good deal of anthropomorphizing as it follows three animal "families" on treks spanning continents and oceans: polar bears racing a melting icecap, elephants crossing a parched African plain and whales swimming thousands of miles from warm-water breeding grounds to Antarctic feeding grounds.

The ascribing of emotions to these critters can get a little Lion King-ripe at times. But the filmmakers have filled in around their "family" narratives with footage that is breathtaking enough on a towering screen — and you should find the biggest one possible — that it is hard to object too strenuously. Sweeping vistas of forests bursting into bloom punctuate scenes of elemental struggle between hunter and hunted.

The filmmakers give Jones lots to say about many of the images they have captured, but they have the good sense to keep him quiet during the tensest of them; a ferocious chase that in real life can't have taken 15 seconds but that stretches out for more than 2 minutes on screen — a cheetah rushing from tall grass to surprise a tiny gazelle.

In ultra-slow motion, you see every muscle ripple on both animals. The gazelle hurtles right, the cat follows. The gazelle stretches a little too far and stumbles, the cat seems almost to defer to this new development. It places a paw on the gazelle's flank as if to steady it, guides it as it tumbles to the ground, then pulls even with its neck and seems, for a long, long moment, to nuzzle it in what is about to become a deadly embrace.

The film cuts away a few seconds before the TV version does. Death, at least in the movie theater is not bloody, and is not designed to scare. "This," intones Jones, "is the circle of life that most of us in our urban lives have lost touch with." Earth does pretty much everything a film can do to put you back in touch.