Accessibility links
In Future, Science Could Erase Traumatic Memories A new study in rats illuminates why fearful memories are so persistent and discovers a possible treatment. Scientists successfully used a drug to make rats forget their fear. They say it could work in humans, too. 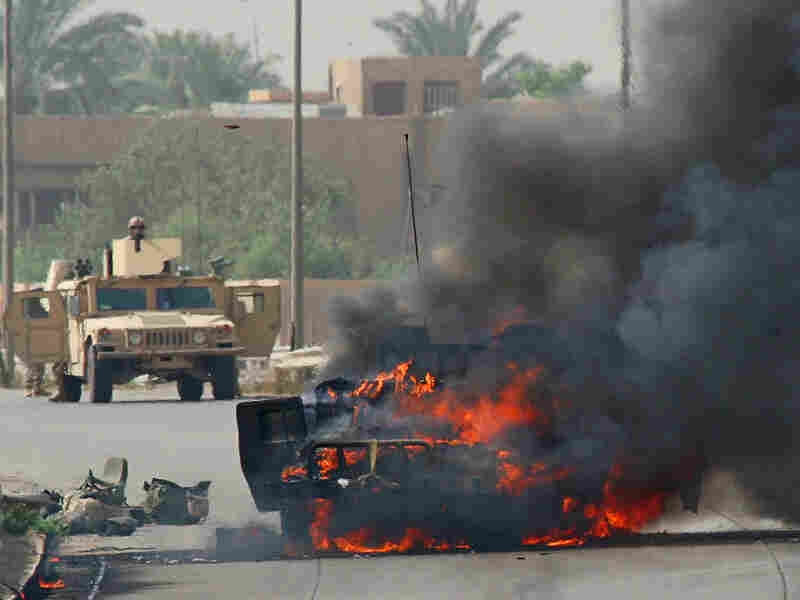 Researchers studied veterans from Iraq who survived incidents like being in a Humvee blown up by a bomb to find out why fearful memories are so persistent in the brain and how they can be erased. Hadi Mizban/AP hide caption 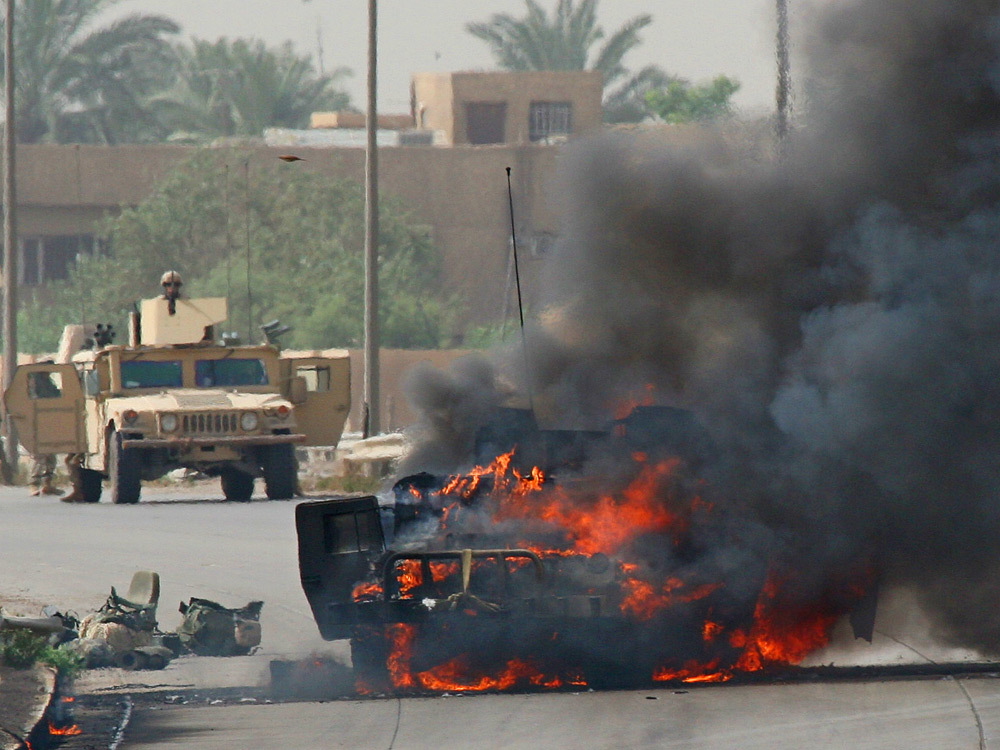 Researchers studied veterans from Iraq who survived incidents like being in a Humvee blown up by a bomb to find out why fearful memories are so persistent in the brain and how they can be erased.

Scientists are beginning to understand why fearful memories are so persistent in the brain, and how they can be erased.

The research could help thousands of people with post-traumatic stress disorder, including many veterans, says Kerry Ressler, a psychiatrist at Emory University and investigator for the Howard Hughes Medical Institute.

In recent years, Ressler says, he's been working with veterans from Iraq who survived incidents like being in a Humvee that was blown up by a bomb. Many are haunted by the memories.

Behavioral therapies can help these PTSD patients cope with their fears, Ressler says. They learn to believe that a car ride doesn't have to end in violence.

But the traumatic memory is still there and can be set off again by almost any emotional event.

The Root Of Fear

That's because fear comes from a part of the brain called the amygdala. The amygdala isn't logical, Ressler says. It just reacts.

So to understand why fearful memories are so persistent, researchers have been studying the amygdala. And a Swiss team seems to have found some clues — at least in rats.

The team worked with rats that had learned to associate a certain sound with an electric shock, says Andreas Luthi of the Friedrich Miescher Institute for Biomedical Research in Basel, Switzerland.

Even after researchers stopped administering the shocks, the rats would freeze for several seconds when they heard the sound.

Luthi and his team showed that adult rats never lost their fear of that sound.

But it was a different story for baby rats. They did eventually forget, and could hear the sound without reacting in fear. The memory was erased. And the team thinks it knows why.

When rats are about three weeks old, brain cells in the amygdala acquire a protective molecular sheath. The researchers thought that sheath might make it harder to erase memories.

To test the hypothesis, they injected adult rats with a drug that dissolved the sheath. The adult rats forgot their fear. The scientists restored their early ability to erase fearful memories.

The experiment, published in the journal Science on Friday, shows that "you can recover the ability of these animals to erase fear memories," Luthi says.

But What About People?

When it comes to fear, rats and people have a lot in common, says Joseph LeDoux, a professor of neuroscience at New York University and one of the nation's most prominent fear researchers.

You can see the similarities by watching a video taken during the 1996 Olympics in Atlanta, LeDoux says. It shows a crowd of people watching a concert. Then a bomb explodes "and everyone is hunkered down in a freezing posture," he says.

LeDoux says he is confident that rat experiments like the one done by Luthi's team will lead to better treatments for humans. Human brain cells have sheaths like those in rats, and these could become a target for new drugs.

Research on ways to erase memories has some people worried about the potential for misuse by governments or the military.

But LeDoux says it would be wrong to halt experiments that could help people with phobias, panic disorder, or PTSD.

"Any PTSD patient I've talked to has been willing to sacrifice a few normal memories for the bad ones they may get rid of if these experiments are successful," he says.