Accessibility links
Lead-Tainted Toys Linger On Shelves Despite Law At many discount toy stores in this country, products that test at dangerously high levels for lead are still on the shelves — despite a new federal law to protect children. A key portion of the law — requiring products to be certified by third-party labs — has been delayed. 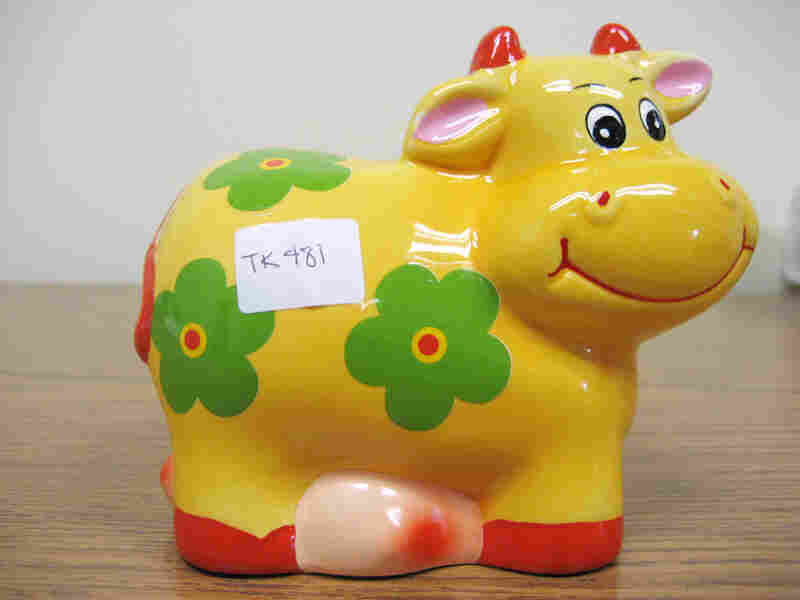 The paint on this coin bank tested for lead at 7,253 parts per million; that's 11 times higher than the legal limit for lead paint. Courtesy KQED hide caption 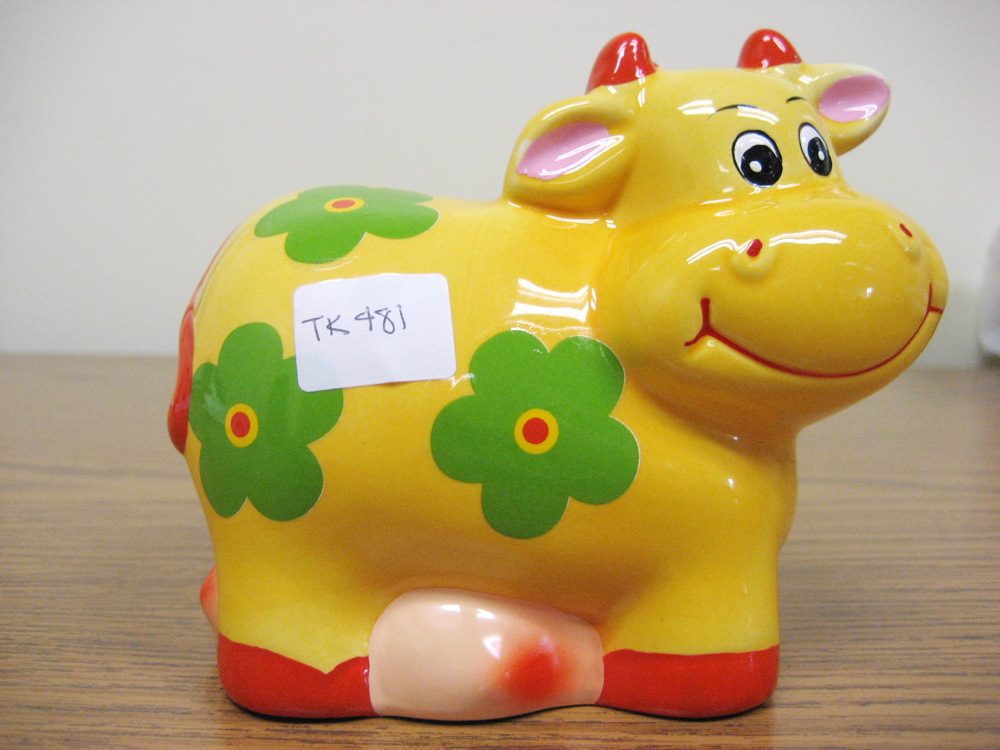 The paint on this coin bank tested for lead at 7,253 parts per million; that's 11 times higher than the legal limit for lead paint.

At many discount toy stores in this country, products that test at dangerously high levels for lead are still on the shelves — despite a new federal law to protect children.

When 3-year-old David Blair was still in his crib, he loved to suck on vinyl blocks from the Baby Einstein company — the kind that are supposed to help kids get smarter. Parents Kim and Raymond Blair didn't think much of it until tests showed lead concentrations in his blood were double what doctors consider a tolerable range. Lead can seriously harm a child's brain development.

"We were mortified, scared and feeling that we were maybe bad parents, and we weren't taking care of our child well enough," Kim Blair says.

Tests of soil, paint and drinking water from their San Francisco Bay Area home came back negative for lead. The only item that tested positive was a Baby Einstein block. In fact, it turned out to be on the federal toy recall list because of its high lead content.

"You get angry because you realize that there's a lot of products on the market that aren't safe. You think someone should be checking that or making sure that we're not exposed to that," he says.

A Law And A Loophole

Indeed, someone is trying to make sure kids aren't exposed. A new consumer product safety law that went into effect in February makes it illegal to sell toys and other children's products if the lead content exceeds 300 parts per million — and the limit is even lower for lead paint on products.

The law follows recalls of millions of imported toys from China in recent years because of high lead content.

See more toys that violate the new lead limits and get tips on how to shop wisely:

It requires products to be certified by third-party labs. But there's a loophole: The certification requirement has been delayed until 2010 to give manufacturers and laboratories time to prepare.

So how can consumers be assured that products for kids don't exceed the lead limits? 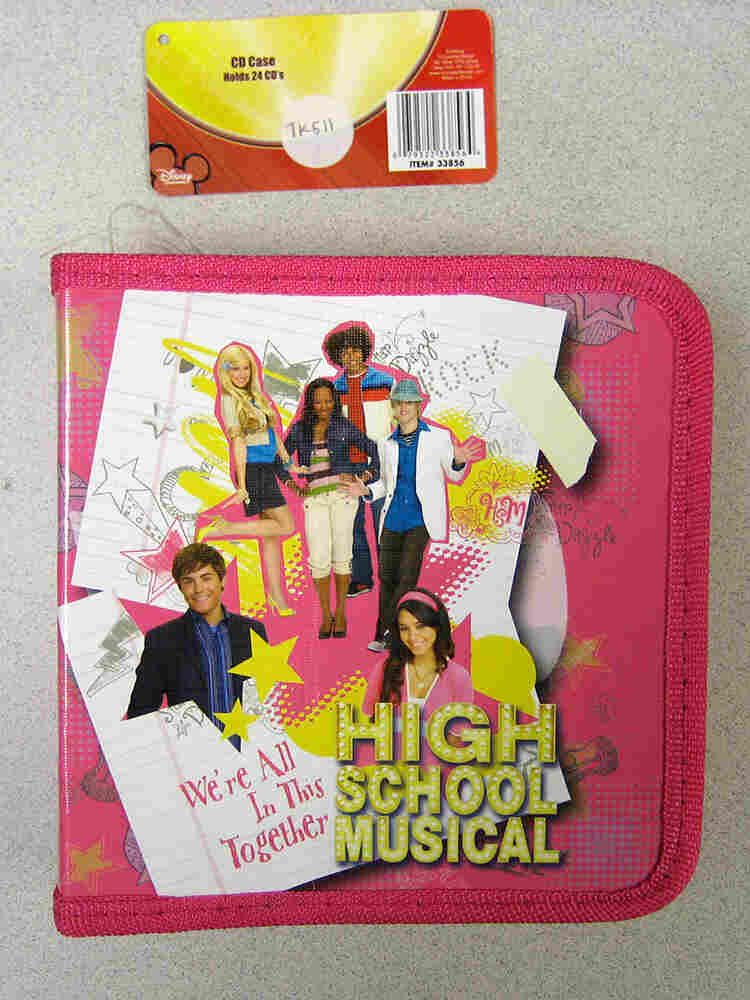 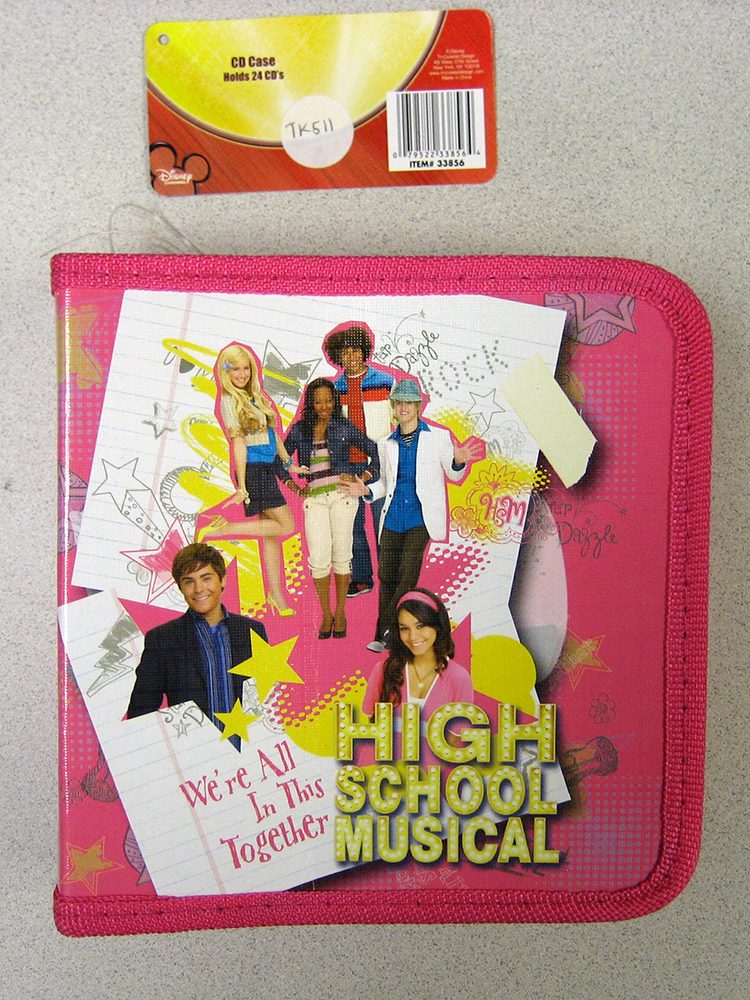 NPR member station KQED and a Berkeley nonprofit organization, the Center for Environmental Health, shopped at 14 discount stores in California. At all but two stores, products purchased exceeded the new federal lead limit. Of the couple hundred products tested — toys, jewelry and everyday items like rain ponchos — about one in six items exceeded the limit.

One child's backpack purchased from 4U Bargain in Orange County tested three times above the lead limit. Store owner Frank Noh was surprised.

"I think I bought this one two years ago, maybe," he said. "The importer has to test, I think."

Noh instructed an employee to take the remaining backpacks off the store shelf. Like many of the other small store owners, Noh said he wasn't aware of the lead limits.

Another product, a hot-pink CD case purchased at Dollar Discount in Newark, Calif., was branded with a name many families know and trust: Disney. It featured the cast of the popular movie High School Musical. Test results showed the zipper contained six times the legal lead limit.

A Disney spokesman says the company requires manufacturers of Disney-licensed products to provide lab results showing that the merchandise meets current federal standards. But problems can occur later, after a product passes, according to the spokesman and consumer advocates. Disney says though it spot-checks merchandise, it relies on manufacturers of a product to make sure it's compliant.

Many larger retail chains, including Walmart, Toys R Us and Target, have beefed up their lead testing programs and already require manufacturers to provide third-party lab results. But the government's delay of the certification requirement may allow smaller stores and some discount chains to skirt the law.

"Without certification, there's no guarantee," says Don Mays, who oversees product safety at Consumers Union in New York. He says the law mandating stricter lead limits doesn't have many teeth behind it right now.

"If the law is not being enforced, then the stores can put products on the market unchecked — and that, to me, is a serious problem," he says.

He and other consumer advocates say the federal agency responsible for enforcing the law — the Consumer Product Safety Commission — is stretched way too thin, with few inspectors to police tens of thousands of different kinds of products. Spokesman Scott Wolfson says all retailers and manufacturers are expected to follow the law despite the government stay on the certification requirement.

"It's very serious for somebody not to be compliant. These limits were put into place to give parents more confidence when they go shopping," he says. "We know there are probably products out there that violate that new law. We're ready to act, but we need that information brought to our attention."

Consumer advocates worry that problems are bigger at discount stores, which seem to have less rigorous programs to weed out lead-tainted merchandise.

"The dollar stores are far less likely to scrutinize their shipments in that way," Mays says. "It's expensive for them; the whole idea with these stores is to keep the prices as low as possible."

And until the testing and certification requirements kick in next year, it's buyer beware.