Accessibility links
First Listen: The Berlin Philharmonic's Four Brahms Symphonies The four symphonies by Brahms are like four distinct personalities, ranging from the dark and dramatic to the sunny and lyrical. The great Berlin Philharmonic has this music in its blood. Hear the entire new three-disc set, with conductor Simon Rattle, for the week leading up to its Oct. 6 release.

Hear The Berlin Philharmonic Play Brahms' Symphonies In Their Entirety

Audio for this feature is no longer available. The album was released on Oct. 6, 2009.

"It's an unkickable drug habit. And I'm happy to be a junkie until the end of my days." 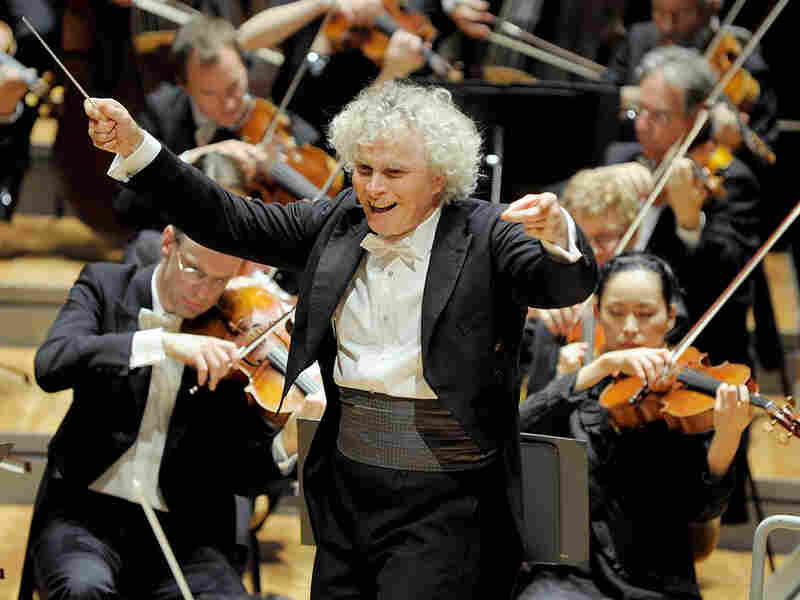 Simon Rattle takes on the core of the symphonic repertoire, conducting all four symphonies by Brahms on a new recording. EMI Classics hide caption 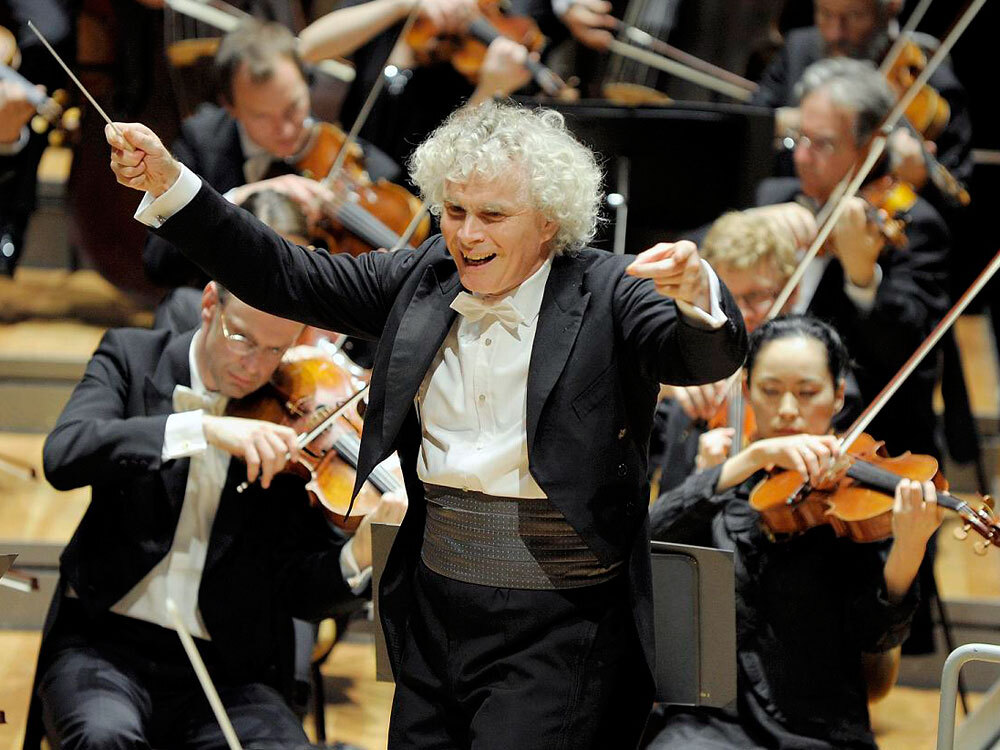 Simon Rattle takes on the core of the symphonic repertoire, conducting all four symphonies by Brahms on a new recording.

So says 54-year-old English conductor Simon Rattle, who, for the last seven years, has been getting his high as principal conductor of the Berlin Philharmonic.

These Brahms symphony recordings from Rattle and the Berliners may be brand-new (the three-disc set comes out Oct. 6), but they revive a musical history as old as the Berlin Philharmonic itself. Rattle points out that "the works were newly minted when the orchestra was being born; in the first three years of the orchestra's history, they played all of them." This music is in their blood, handed down from player to player as five generations of musicians have passed through the ensemble.

Classical fans have gotten to know that sound: Berlin Philharmonic Brahms recordings go back through half of its history, to the middle of the 20th century. With Rattle and the 21st-century Berliners, you can ease into the familiar velvety richness of the BPO. But Rattle brings something new, perhaps from his background as an orchestral percussionist: a bite, an attacking edge. It's not just in the clarity and punch of their great timpanist, Rainer Seegers, who's so penetratingly present in these recordings. Even the strings, plump and contented in some earlier Brahms recordings, have more impact here. Check out the final movement from the Symphony No. 2, or the third movement from the Symphony No. 4: Seegers' timpani add shape and emphasis, but each note from the violins has an audible leading edge, giving the entire orchestra an incisive clarity.

For Rattle, a key concept in music by Brahms is "and." These pieces are never one thing at a time. When the music feels buoyant, there's also an undertow of melancholy. Where it feels peaceful, it's with a ripple of underlying tension. Rattle and the Berliners find that emotional "and," even in the sheer sound of their playing: It's expansive and focused, sumptuous and keen as a blade. That layered richness, that grand "AND," makes these recordings worth coming back to for years to come.