Accessibility links
Craft Beer In A Can? A Gutsy Move Is Paying Off Putting good beer in a can used to be considered something close to blasphemy, but that's how several brave craft breweries across the country have recently started offering their beer. And despite the stigma, sales are booming — especially in Anchorage, Alaska. 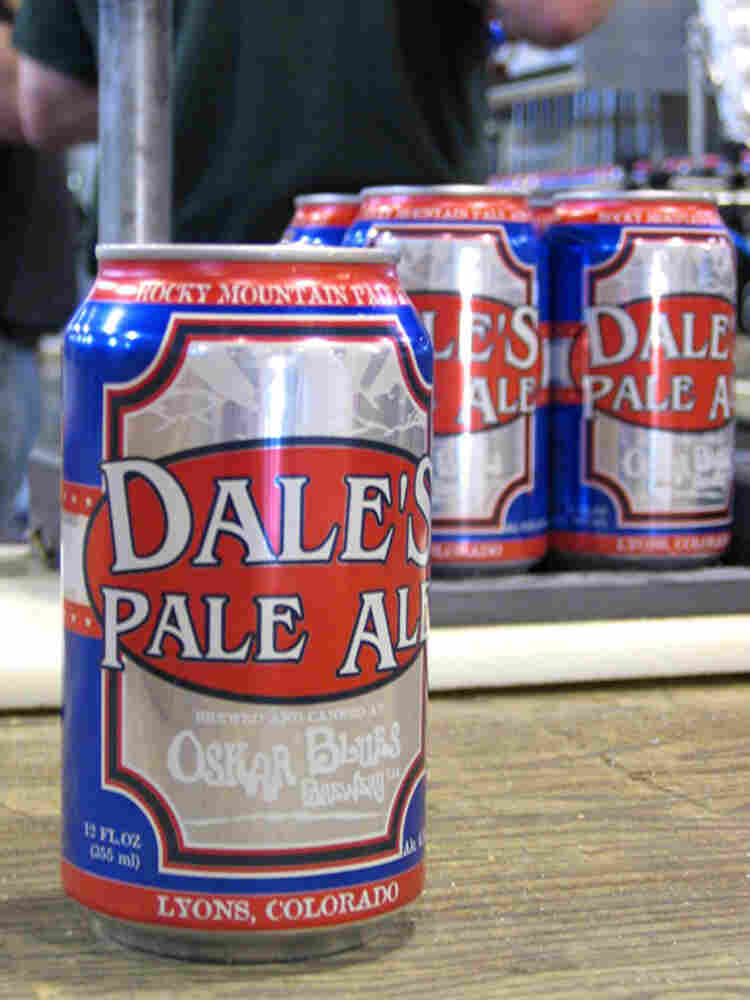 Oskar Blues Brewery reports sales are up more than 80 percent for the first half of this year. Courtesy Oskar Blues hide caption 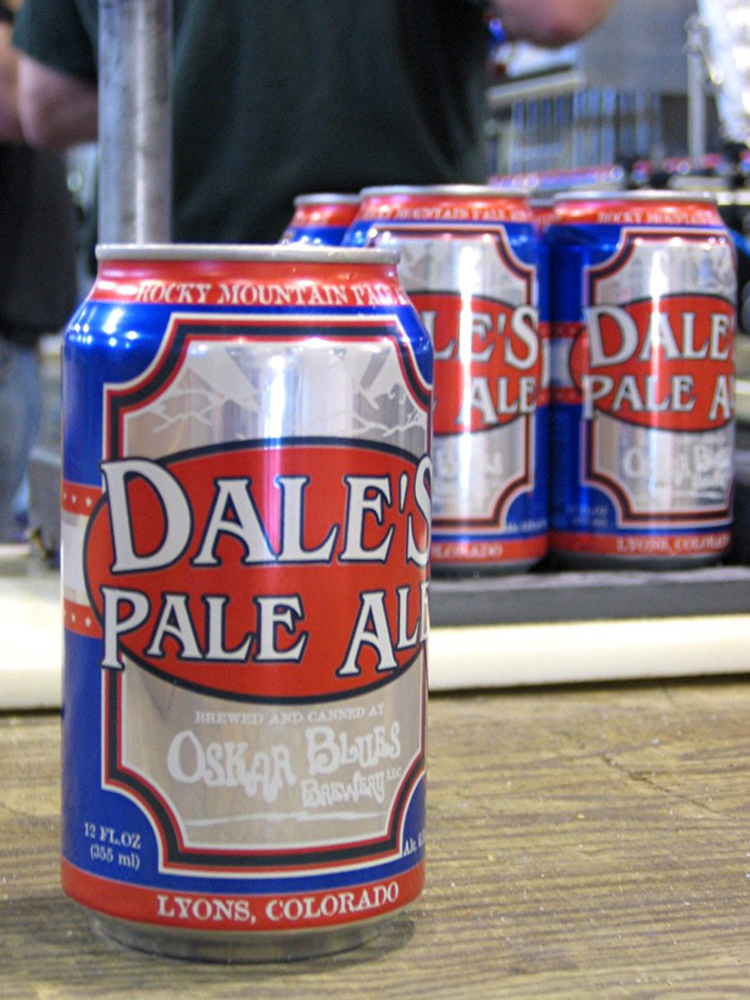 Oskar Blues Brewery reports sales are up more than 80 percent for the first half of this year.

Putting good beer in a can used to be considered something close to blasphemy, but that's how several brave craft breweries across the country have recently started offering their beer. And despite the stigma, sales are booming — especially in Anchorage, Alaska.

"For decades, bad beer — cheap beer, I should say; no beer is bad — cheap beer has been in a can," says John Burket with a laugh.

Burket is an early believer in the potential of good canned beer. He's a beer lover and a local beverage distributor in Anchorage. Burket thought cans would be easier than bottles to take camping, fishing or hiking. They're lighter to ship. And he says the beer actually tastes better, too. Cans protect the ingredients from sunlight and oxygen, which degrade the flavor over time.

"The product is every bit as good in a can, possibly even better," he says. "Everybody who does try it is shocked — and loves it."

But Burket didn't have many converts in Anchorage until early this year, when the city stopped recycling glass. Since then, he's watched the market for good canned beer explode. In Anchorage, the cans often cost a dollar or two more a six-pack than similar beer in bottles. But Burket says even that doesn't seem to matter.

That supply issue is one Clay Brackley knows well. He's the head brewer at the Sleeping Lady Brewery in downtown Anchorage. A few years ago, the pub invested in a small hand-canning system, to package its Urban Wilderness pale ale. In the beginning, Brackley says, sales were bleak. "The first couple of years were very depressing, very tough," he says.

But then this summer rolled around.

"It's been insane this year. It's been over a thousand times what we did last year," he says. "They sell faster than we can make them."

Brackley recruited nine volunteers to help manage the extra work. On this day, though, it's just him and a beer intern, working in a dimly lit room in the brew pub's basement.

Brackley fills each can from a machine that looks a bit like a gas station coffee dispenser. Then he hands it to the intern, who seals on the top and stamps the cans together with a plastic six-pack ring.

It's a labor-intensive process. Brackley imagines a day when Sleeping Lady can upgrade to an automatic system. Several craft breweries have already made that leap. One of the largest, Big Sky Brewing in Montana, installed a line last spring that fills 60 cans a minute. They're selling twice as fast as the company expected.

"We knew it would be an obstacle," Oskar Blues' co-founder Marty Jones says. "The first stores we took our beer to said, 'We think that's funny and we appreciate your guts, but no craft beer lover will spend craft beer prices to buy beer in a can.' "

Oskar Blues now sells its cans in 25 states. And Jones reports sales are up more than 80 percent for the first half of this year. "We're growing like mad. We opened a new brewery last April to try to keep up with demand and we've already added some tanks to that brewery to try to keep up."

According to the national Brewers Association, 45 craft breweries across the country now can at least some beer. Back in Anchorage, Burket predicts good canned beer will take off first in outdoor-lifestyle states like California, Oregon, Montana and Alaska.

"I think that's where you'll see the cans really hit first, and then it will spread," he says.

But even can enthusiasts like Burket don't want beer lovers drinking their favorite brew straight from the can. He says no matter what package the beer comes in, it can't be properly enjoyed until it's poured into a glass.