Accessibility links
Flirting with Fiction and Fantasy in 'Austenland' In a modern twist to Jane Austen's classic novels, author Shannon Hale tells the coming-of-age story of a woman who grapples with her Jane Austen obsession at Pembrook Park, a British resort that caters to Austen-crazed women.

Listen
Flirting with Fiction and Fantasy in 'Austenland' 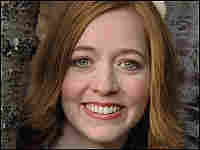 Jane Austen fans can be an intense bunch.

From blogs to fan clubs and Web sites packed with Jane-o-philia, many Austen devotees not only read her novels, they immerse themselves in her fictional British society.

Thirty-two-year-old Jane Hayes — the protagonist of a new novel — is one of those devotees. In her mind, no man can measure up to Fitzwilliam Darcy of Pride and Prejudice. And specifically, the Fitzwilliam played by Colin Firth in the BBC adaptation of the book.

In Austenland, novelist Shannon Hale tells Hayes' coming-of-age story as her character grapples with her obsession at Pembrook Park, a British resort that caters to Austen-crazed women.

Hayes sees the trip as her final indulgence of her obsession before she gives up her fantasy world permanently. But as she delves into Pembrook's world of proper etiquette, donning corsets and empire-waist gowns, she finds herself torn — in true Austen fashion — between the Darcy-esque Mr. Nobley and the resort's enticing gardener.

The trick for Hayes is figuring out if the targets of her affection are sincere, or just actors in a show.

Hale tells Weekend Edition Saturday host Linda Wertheimer about her fictional Austen theme park and her own addiction to the author. 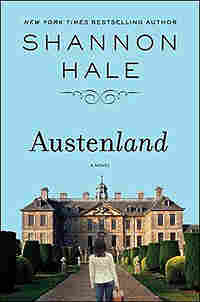 After dinner, Mrs.Wattlesbrook led Jane into the main room of the inn, where an older woman in a brown Regency dress waited at the piano.

"As you will have opportunity to attend informal dances and a ball, you must perfect a minuet and two country dances. Theodore, come in here."

A man in perhaps his late twenties came into the inn's main room. Jane caught a glimpse of a worn paperback novel in his hand before he stashed it behind the piano. He wore his hair a little long, though he didn't sport the midjaw sideburns Jane liked so well, and he was, she thought, taller than a man should be if he doesn't play basketball.

"This is Theodore, an under-gardener at the estate, but I've taught him the dances, and he stands in for a gentleman on the first night so our guests can practice."

"No, you are not!" Mrs. Wattlesbrook said. "You are Miss Erstwhile. And you are not to talk to him, he is just a servant. For the sake of the Experience, we must be proper."

When Mrs. Wattlesbrook turned her back to give instructions to the piano player, Jane mouthed to Theodore, "Sorry."

Theodore smiled, a fantastically broad smile that made her notice just how blue his eyes were.

"The minuet is a ceremonious, graceful dance," said Mrs. Wattlesbrook, closing her eyes to enjoy the music the pianist drew from the keys. "It commences each ball as a means of introducing all the members of the society. Each couple takes turns in the center performing the figures. Curtsy to the audience, Miss Erstwhile, now to your partner, and begin."

With Mrs. Wattlesbrook calling the motions, Jane wove, swerved, minced, and spun. She had thought it might be awkward dancing with a man a foot taller than her, but this was no waltz or high school slow dance. It was a smooth combination of figures, of taking hands and releasing, turning and returning.

Jane found herself giggling when she missed a step or turned the wrong way. It was a bit embarrassing, but he took comfort in the fact that she didn't snort. Her partner smiled, apparently amused by her own amusement. Though at a formal ball they would be wearing gloves, in this informal setting their hands were bare, and she felt the calluses on his palm when he took her hand, felt him get warmer as they danced on. It was strange to touch someone like this, touch hands, feel his hand on her back, on her waist, walking her through the figures, and yet not know him at all. Never even have heard the sound of his voice.

He wrapped his hand around her waist. She blushed like a freshman.

After the minuet they practiced two country dances. The first was spunky, and she had to learn how to "skip elegantly." She had square-danced for a sixth-grade assembly once (a tragic affair involving boyfriend #1), and the second number reminded her of a sedate Virginia reel.

"The top couple moves up and down the center and the rest wait," explained Mrs.Wattlesbrook. "In a ball with many couples, one dance can take half an hour."

"So that's why Elizabeth and Mr. Darcy had time to talk," Jane said, "as they stood there waiting their turn at the top."

Blunder, Jane thought, glancing at her partner. What must he think of her? A woman who memorized Austen books and played dress-up? She'd enjoyed a bit of flirting as they danced, but she was too embarrassed to meet his eyes again. When they finished, he left the way he'd come in.

Jane sat that night on her hard mattress in the inn's guest room, feeling loose and pretty in her clean white chemise, her arms around her knees. The English countryside was framed by her window as though it were a painting, blue and purple, abstract in the low light. She grimaced as she thought about the dance, remembering how fun it had been until she'd spoiled it at the end. She didn't want that for this experience. She needed a good ending, the best ending, though her imagination wouldn't dredge up exactly what that should be.

The endings of all her relationships had displaced any previous loveliness. In memory, the jokes faded, the personalities of the various boyfriends blurred together, weekend trips were truncated in thought to as long as it took her to scratch her neck. The entire relationship was condensed and reformed in her mind to be solely about its ending.

Here she was at the beginning of something, her toes curled over the edge of the diving board. She was ready to plunge. Good-bye to her awkward list of numbered boyfriends and her mutated, Austen-inspired intensity that had pushed her from one ending to another. She was determined that this vacation, this holiday, unlike any of her relationships, would have a very good ending.

Excerpted from Austenland. Published by Bloomsbury USA. All rights reserved. 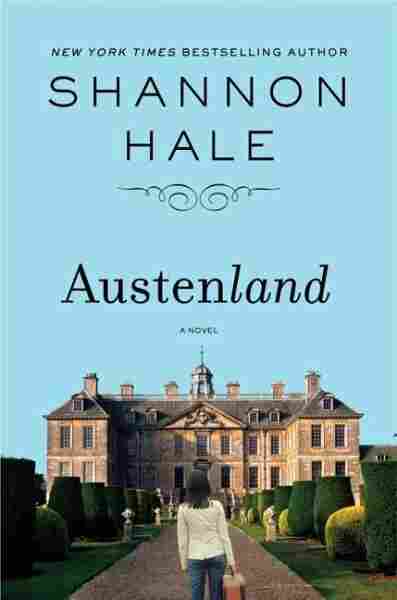