Accessibility links
Van Jones Resignation Heaps Criticism Upon Obama The Obama administration's "green jobs" czar resigned over the weekend in the face of harsh and unrelenting criticism led by conservatives. But Jones' resignation could have political repercussions from progressives, some of whom criticize President Obama for not doing more to defend him. 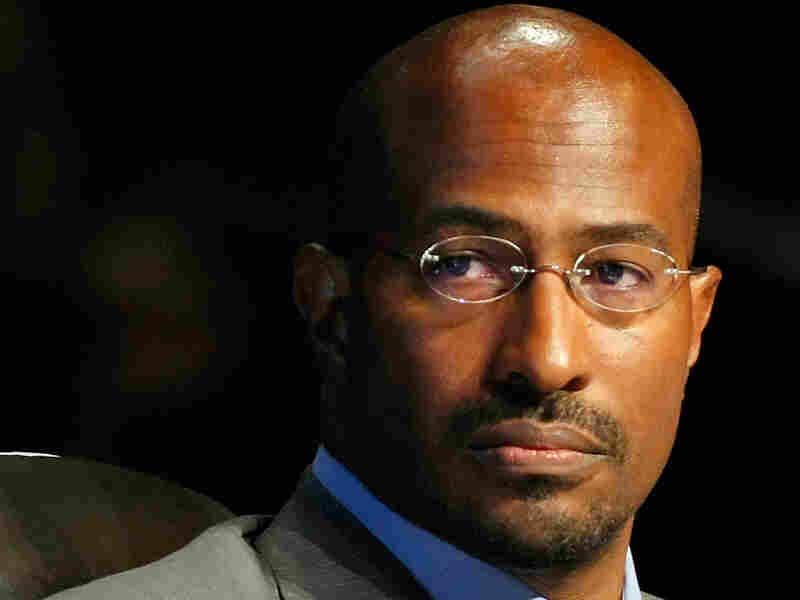 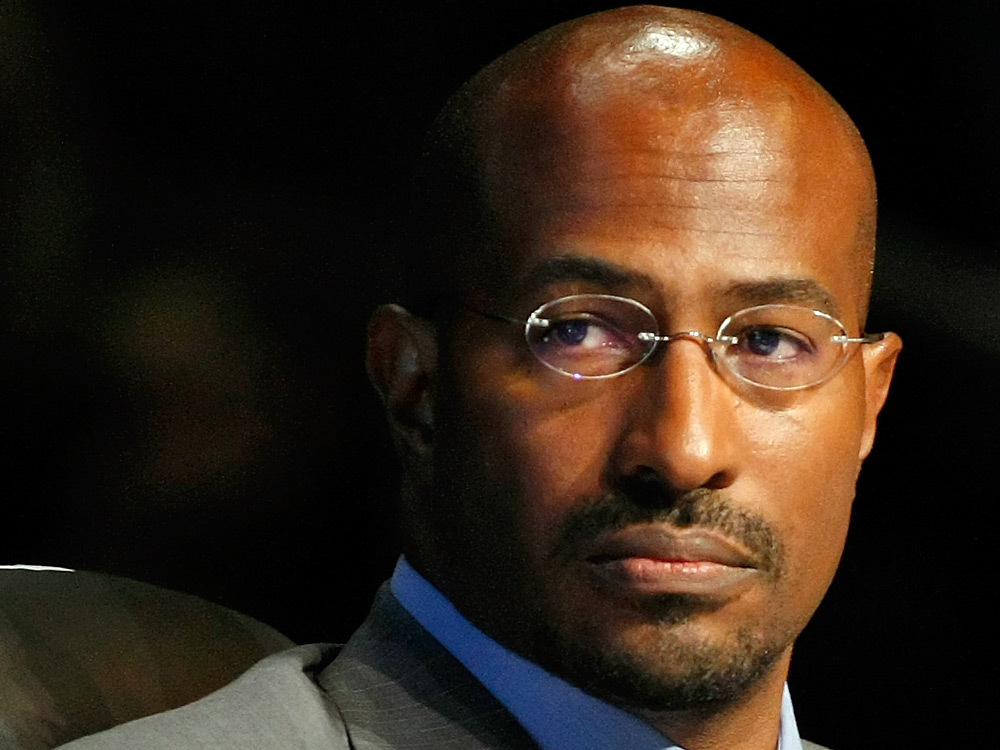 The resignation of the Obama administration's "green jobs" czar, Van Jones, has caused an uproar within progressive circles.

Jones recently came under scrutiny after it was revealed that he signed a 2004 petition questioning whether the U.S. government allowed the Sept. 11 attacks to occur, and after remarks in which he used a derogatory word to describe Republicans.

Caving to strong criticism by conservative political pundits, and more specifically that of Fox News Channel talk show host Glenn Beck, Jones announced his resignation Saturday evening by describing his departure as a result of a "vicious smear campaign" against him and implying that conservatives were to blame.

But Jones' resignation could have political repercussions from progressives, some of whom criticize President Obama for not doing more to defend the man tapped by the White House as Special Adviser for Green Jobs, Enterprise and Innovation for his "strong voice" on environmental issues.

"[The resignation] has a chilling effect," says Ford. "Many progressives thought they had a home in the Obama administration -- at least politically."

Fellow activist James Rucker, who leads ColorofChange.org, an advocacy group co-founded by Jones, downplays Jones' signing of the petition released by 911Truth.org and admits that Jones' remarks were inappropriate. But Rucker says the controversy surrounding his resignation has everything to do with a racially motivated agenda by conservatives, Beck and the Fox News Channel.

"It gives people pause, and I think that's the purpose as far as what Beck is trying to do and what Fox is trying to do," says Rucker, who describes Beck as a "race baiter."

In July, Beck appeared on the cable news program Fox and Friends, where he described Obama as having a "deep-seated hatred for white people." Beck's rhetoric prompted Rucker and ColorofChange.org to launch a petition discouraging advertisers from supporting The Glenn Beck Program. Rucker says that, to date, 57 advertisers, including Procter & Gamble and Wal-Mart, have discontinued their ads during the program as a result of his efforts.

Both Ford and Rucker says they are disappointed that the White House did not do more to defend Jones in what some see as a media war launched by conservatives against the president and his agenda. Ford says the Obama administration is not being fair.

"They can defend whatever they are prepared to defend," argues Ford. "This is an administration which has a Treasury secretary [Timothy Geithner] who neglected to pay his taxes."