Accessibility links
'The Informant!' Lies. What A Surprise! Steven Soderbergh's The Informant! is based on the true story of a corporate executive turned whistle-blower, played by Matt Damon. Critic Bob Mondello says the film is "hardly a disaster" but adds that the exclamation point isn't quite deserved. 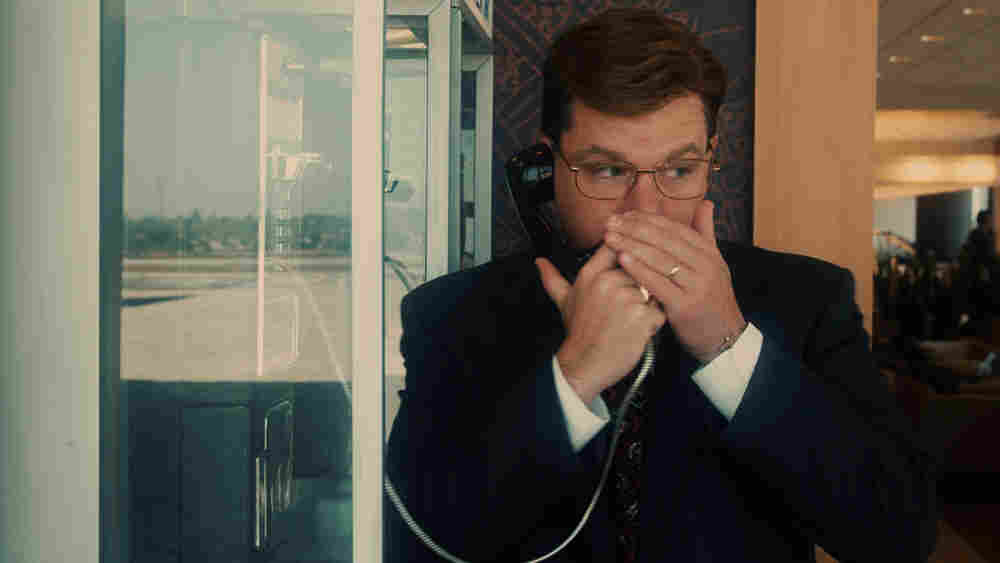 That exclamation point in the title of The Informant! serves notice — reinforced by a "so there" at the end of an onscreen legend explaining that names have been changed — that Steven Soderbergh is not in Erin Brockovich mode for this tale of whistle-blowing and corporate corruption. But neither has he quite switched over to Oceans 16 mode.

To tell the story of Mark Whitacre, the bipolar Archer Daniels Midland exec who exposed a price-fixing scheme at ADM in the 1990s, Soderbergh has unaccountably made a film with a '60s-ish score and a '70s color palette, then outfitted it with gimmicks, including much stunt casting of comedians in serious roles.

Matt Damon, who gained 30 pounds to play Whitacre, makes the most of mood-altering voiceovers and an awkward, stiff-armed walk in creating a nebbishy character who lies, and then lies about the lies, and then lies to cover the lies about the lies. The performance is fun, but the constant-reversal device gets old once you realize you can't trust anything the character says, and the laughs start to dry up.

The film is hardly a disaster, and its eccentricity is even intriguing in formal terms. But as comedy, it's a missed opportunity, undeserving of the exclamation point.