Accessibility links
'Disgrace' Exposes A Divided Country's Despair Based on J.M. Coetzee's best-selling novel, Disgrace explores the racial landscape of South Africa through the exploits and exploitations of a deeply flawed poetry professor. John Malkovich stars in this elegant and disturbing portrait of race and power. 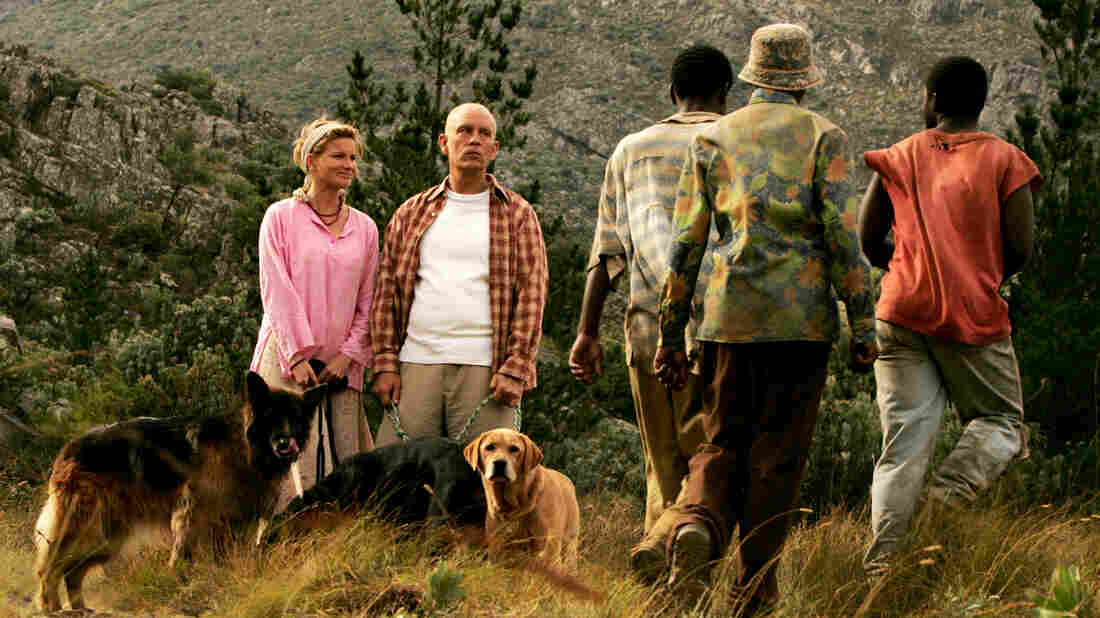 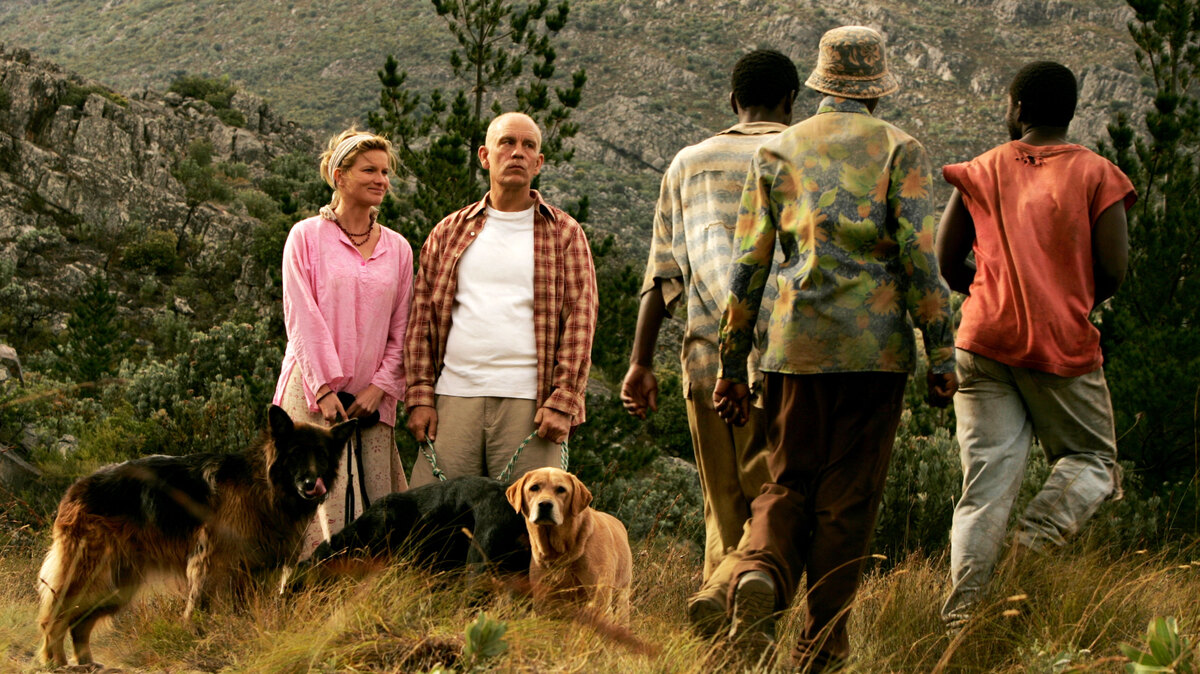 John Malkovich has played some odd ducks in his career, but for sheer unsavoriness, few can match the blandly monstrous Cape Town poetry professor he brings to off-putting life in Disgrace.

Sexually fixated on young women of color, David fancies himself a neo-Byronic seducer: When not lecturing on the Romantic poet's depiction of Lucifer, he's writing a Byron-in-Italy opera. But by forcing himself on an attractive student (Paula Arundell), he reveals himself as little more than a garden-variety cad, albeit one with a veldt-scaled sense of entitlement.

Stubbornly refusing to acknowledge the wrongness — or the emotional consequences — of his actions when called before the university's disciplinary board, he's forced to resign, then repairs to the back-country homestead of his lesbian daughter Lucy (Jessica Haines). There, as he's unrepentantly holding forth on the subject of male desire, a violent attack forces him to confront how powerless he is to protect his daughter when less erudite males behave as he has.

In a tidier, Hollywood-ized treatment, this confrontation might lead to remorse and life lessons learned, but Coetzee's take on the professor and his place in the South African landscape is more complex, and less forgiving, than a quick synopsis might suggest. Rape is rape, but in a society where race can't easily be zeroed out of ethical equations, David's actions and those of the three young black men who attack his daughter have decidedly different consequences. 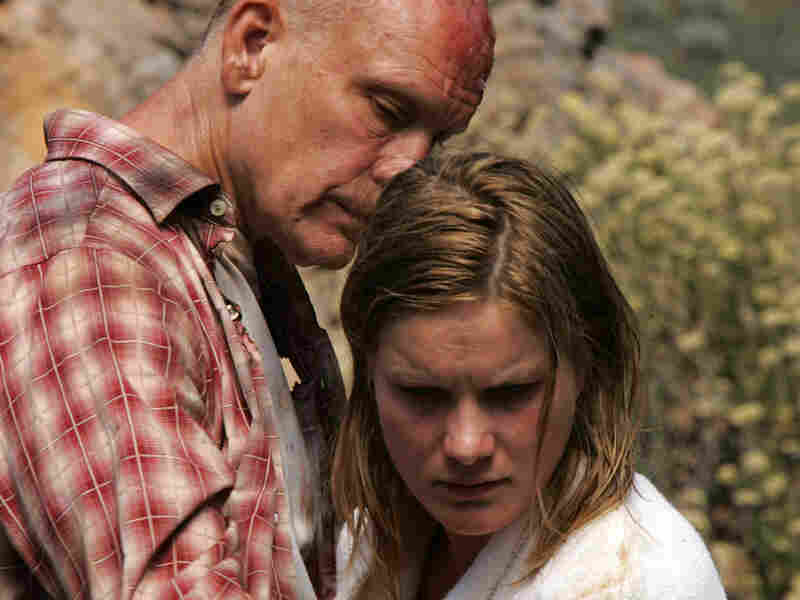 When David (Malkovich) and Lucy (Haines) are attacked by a group of local black youths, the aftermath adds tension to their already strained relationship. Icon hide caption 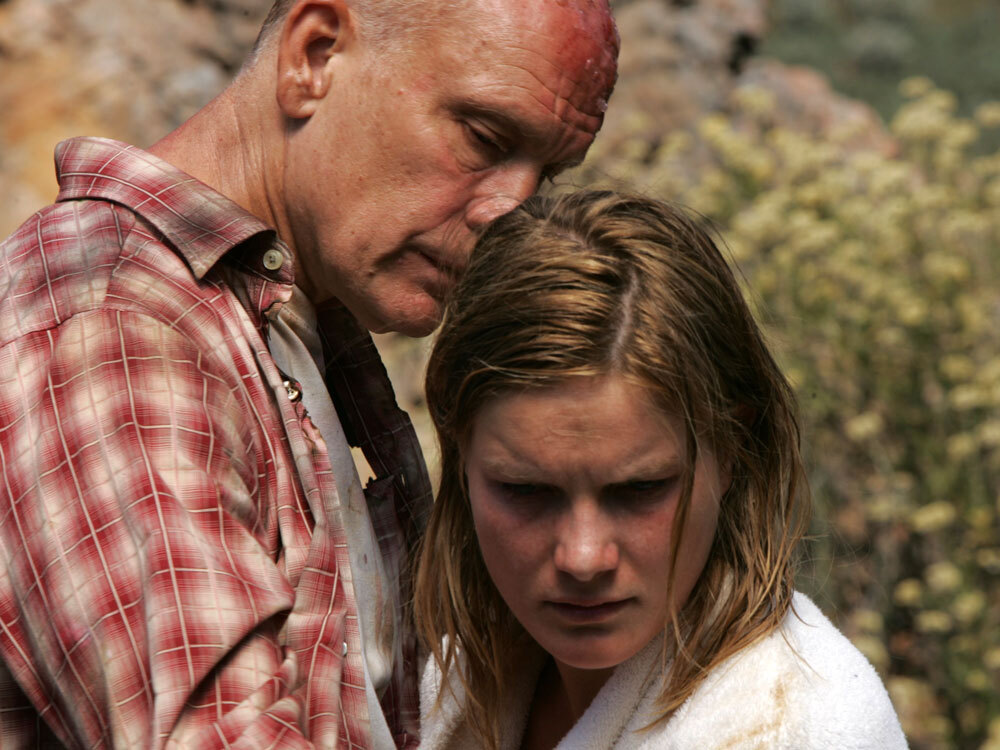 When David (Malkovich) and Lucy (Haines) are attacked by a group of local black youths, the aftermath adds tension to their already strained relationship.

Film newcomer Jessica Haines' wrenchingly vulnerable Lucy, and Eriq Ebouaney's polite but eerily unsettling black homesteader have an initially easy rapport that turns prickly and worrisome as we get to know them better. And Anna Maria Monticelli's spare, economically evocative screenplay ensures that that happens in ways that illuminate the tensions of a South African society where seismic power shifts have rendered every relationship fraught with complexity.

Australian director Jacobs emphasizes the isolation of the characters by playing out their melodramatic story against breathtakingly clear skies and a parched landscape. But in cinematic terms, the director finds Disgrace's most telling landscape in the creases of its leading man's doughy visage — Malkovich's steely eyes peering from the character's seemingly impenetrable mask of detachment.