Accessibility links
Luminous Comic Book Reveals Mandela's Resilience A wondrous new graphic novel tells the tale of South Africa's first post-apartheid president. Inspirational and informative, Nelson Mandela: The Authorized Comic Book is as much for adults as it is for children. 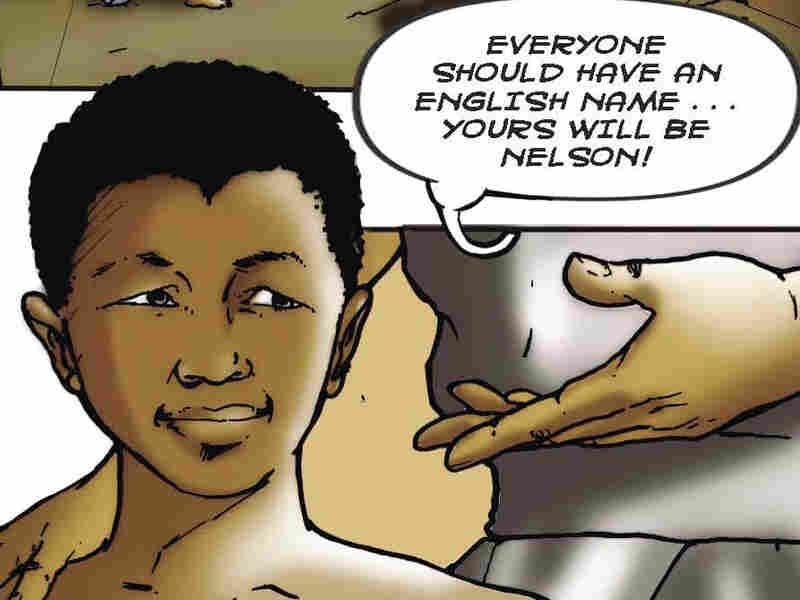 Read an excerpt about Mandela's family and tribal upbringing. 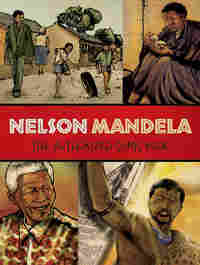 Nelson Mandela, the prisoner of conscience turned president of South Africa, was a global inspiration even before he won the Nobel Peace Prize in 1993. Now this wondrous graphic novel, released to coincide with his 91st birthday, is the latest and possibly final chapter about the great man to appear with his blessing.

Expanded from a series of eight comics created to help children learn about him, Nelson Mandela: The Authorized Comic Book, was made with Mandela's input and gives details of the leader's traditional Thembu upbringing that have never before come to light.

Although Mandela — or Rolihlahla (troublemaker), as he was known when young — was born in a stone hut and, like most children in his village, didn't wear shoes until the eighth grade, he was groomed from childhood to be counselor to the king of the Thembu people (read about Mandela's youth in an excerpt). Growing up listening to his clan's discussion-heavy methods for settling disputes gave him a sense of fairness and responsibility that has lasted his entire life and made him strong enough to be a modern leader.

The graphic novel also takes up where Mandela: The Authorized Biography left off in 1999 by documenting his marriage to Graca Machel, former first lady of Mozambique, and showing how he's spending the final years of his life helping young people through the Mandela Foundation.

The rest of his story is well-known. Mandela was a lawyer and a political activist who hoped for a nonviolent solution to apartheid and despaired when none could be found. He was then unlawfully tried and imprisoned on the infamous Robben Island. But despite 27 years behind bars, he forgave his captors. Even Bill Clinton had trouble understanding this. "They took the best years of my life," Mandela explained, but they could not take his "mind and heart — I would not let them."

Rendered in rich golds and browns, the comic book's art — by a Johannesburg-based collective called Umlando Wezithombe — really lets us feel the gorgeous South African landscape and Mandela's famous warmth. Against this backdrop, the narrative does fine work of making sense of decades of drawn-out political struggle and linking the African National Congress' philosophies to its actions.

Inspirational, informative and filled with meaningful lessons on how to live in a complex world, Nelson Mandela: The Authorized Comic Book is as much for adults as it is for children. It should be required reading for any student of modern history or passionate believer in civil rights and the resilience of the human spirit. 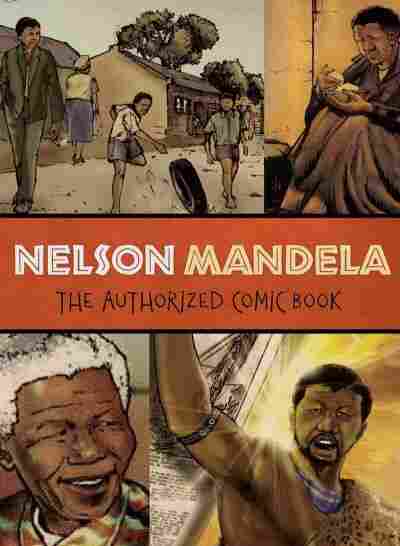