Accessibility links
Hey Marseilles: Sublime And Heartfelt Hey Marseilles' dynamic and complex sound belies its humble beginnings as a duo. The Seattle-based orchestral rock ensemble's ranks have swelled to seven in recent months, with far more instruments than members. In a session from KEXP, Hey Marseilles performs with a wayfaring spirit.

Hey Marseilles' dynamic and complex sound belies its humble beginnings, when new friends Phil Kobernik and Nick Ward started jamming together in the park on sunny days. A couple years later, those two members have grown to seven, with the instruments in the mix outnumbering the players. 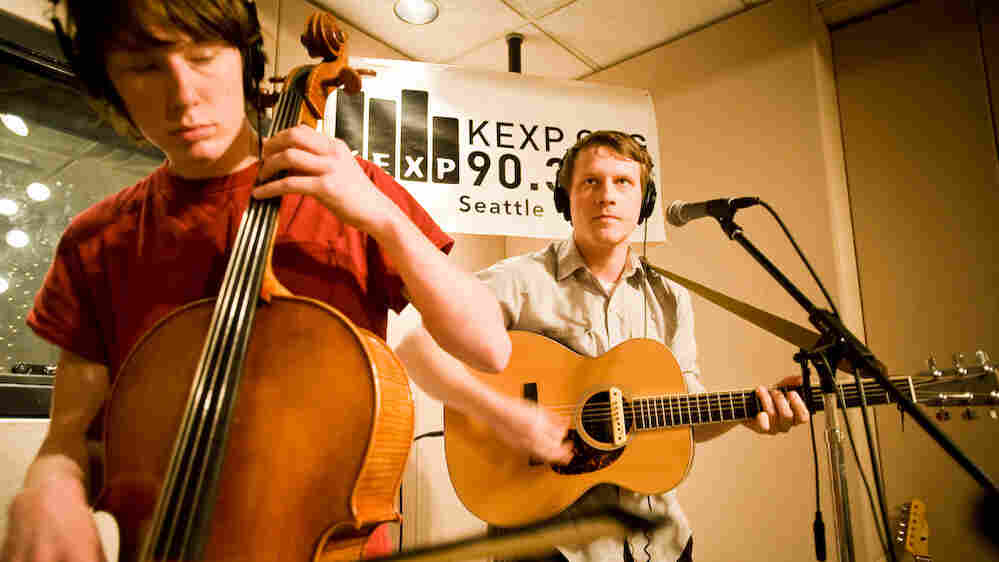 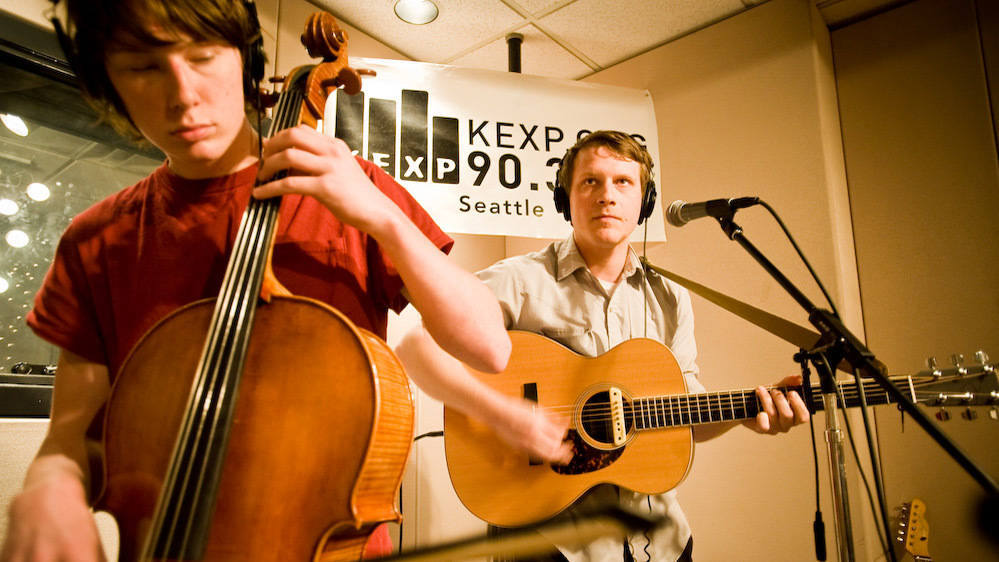 The band's sound evokes both worldliness and innocence; its orchestral instrumentation is woven together with melodies both melancholy and buoyant. In addition to the standard rock set-up — guitar, bass, drums — Hey Marseilles' sound features symphonic cello flourishes, haunting accordion, trumpets, trashcan lids and everything in between. It's not surprising to hear that the songwriting is becoming more and more of a collaboration among the group's many members, a few of whom are playing in a band for the first time.

In studio at KEXP, the group recently performed a sublime and heartfelt set. It was hard to focus on any one musician at a time, as they were all playing parts you wanted to linger with, but the wayfaring spirit of the songs drew me quickly from one to another, and I soon found myself drifting off to parts unknown. It's an adventure anyone should enjoy.