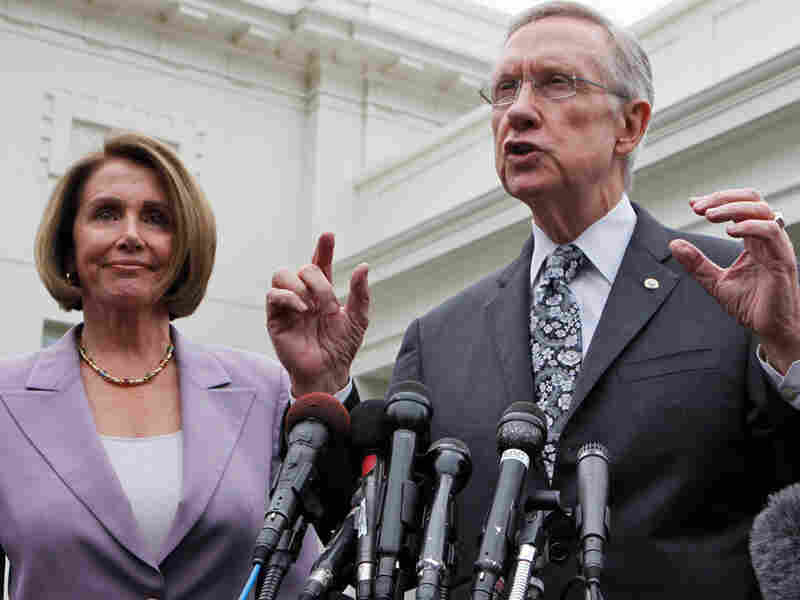 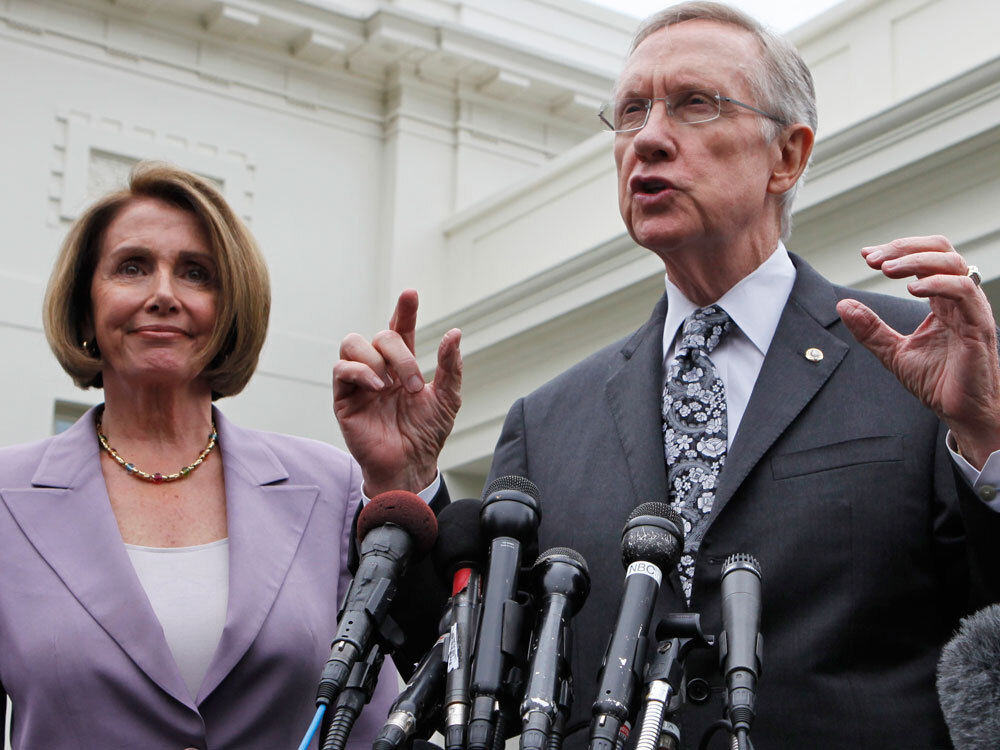 Senate Majority Leader Harry Reid of Nevada and House Speaker Nancy Pelosi of California talk to reporters about the health care overhaul after meeting with President Barack Obama at the White House.

House Speaker Nancy Pelosi said Tuesday that a public option must be included in a House bill to overhaul the nation's health care system, despite the contentious opposition some lawmakers encountered during town hall meetings last month.

"I believe that a public option will be essential to our passing a bill in the House of Representatives," Pelosi said after she and Senate Majority Leader Harry Reid concluded a meeting with President Obama and Vice President Biden. The top-level White House meeting was held as lawmakers got back to work after their August recess.

Key senators from the Senate Finance Committee — the so-called Gang of Six — also met Tuesday to try to hammer out a compromise. The senators — three from each party — discussed a proposal circulated over the weekend by committee Chairman Max Baucus of Montana. It calls for sweeping changes to the insurance market and a fee on insurers to help pay for coverage for the uninsured.

"We still, after all these months, have a place at the table for the Republicans, and we're going to do everything we can to work with them," he told reporters outside the White House. "We want a bipartisan bill."

Pelosi said health care changes would be accomplished in an "economically sustainable" manner, but she stressed that the overhaul is a necessary component of reducing the deficit.

She said the health insurance industry is "fighting tooth and nail" to kill the public option.

Pelosi's hopes for a public option appeared to be at odds with fellow Democrat Steny Hoyer of Maryland. Hoyer said Tuesday that he thinks the House will pass an overhaul this year, but he stopped short of saying he thinks a government-administered plan will be in the bill.

Hoyer said he personally wants a public option, but a bill that reaches most of Obama's objectives without it could win House approval. Obama has waffled on whether the bill must include a government-run plan to help meet his goal of expanding coverage to most of the 46 million uninsured Americans.

Three bills passed by House panels include the public option, and some Democrats have said they won't support a bill without it. Democratic Rep. Mike Ross of Arkansas said after hearing from his constituents that he can't vote for a bill that includes a public option. He previously had voted for legislation that included one.

The bills are expected to face tough opposition in the Senate.

Obama is expected to clarify his stance on key health care issues in an address before a joint session of Congress on Wednesday, and Reid said he welcomes the president's speech.

"The American people will be able to put aside some of the ridiculous falsehoods that have been perpetrated these past few weeks and focus on what we're going to do that's positive for this country," he said.