Accessibility links
'Consider the Oyster' — a Peerless Summer Delicacy Author Kate Christensen says the book "packs a wallop in a small amount of space, satisfies without satiating, and goes down easily, pithy and nutritious and sweetly briny." 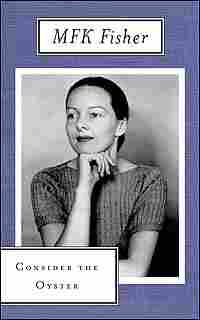 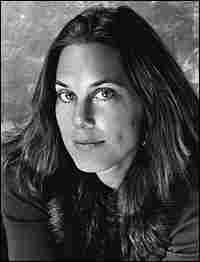 Kate Christensen lives in Greenpoint, Brooklyn. She is the author of four novels, most recently The Epicure's Lament and The Great Man; both contain recipes, most of which were invented on the page and tried out later, and the best of these so far is a red lentil stew with artichoke hearts and merguez sausage. Christensen is currently writing her fifth novel, which is set in Mexico City; its working title is Trouble. Marion Ettlinger hide caption

What better time than summer, these hot months without "r"s in them, to consider the oyster? I reread M.F.K. Fisher's masterpiece for maybe the 15th time on a recent afternoon. It's short enough to read in one sitting, but I warn you: Make sure you have immediate access to oysters afterward. She practically commands you to go straight out and order a dozen or two raw ones on shaved ice and wash them down with a thin, cold white wine, no matter what the month. And M.F.K. Fisher is not a writer whose suggestions ought to be taken lightly.

Consider the Oyster demands, like a poem, to be reread immediately on finishing it. It's filled with recipes so direct and concrete, you can taste them as you read, along with arresting images — a chilly, delicate gray body sliding down a red throat. This book packs a wallop in a small amount of space, satisfies without satiating and goes down easily, pithy and nutritious and sweetly briny.

It opens with a witty overview of the "dreadful but exciting" life of an oyster. Then come descriptions and recipes for certain ways oysters can and should be eaten, either raw, in their shells with various condiments and buttered brown bread, or cooked in buttery, milky stews and soups and all manner of other delicacies. Fisher is democratic and broad-minded but firmly opinionated at every turn; on the question of what alcohol goes best with oysters, she runs through the possibilities and concludes that just about anything will do. The book ends with nostalgic memories of other people's oysters past: her own mother's schoolgirl treat of baked oyster loaf, a San Francisco bohemian's breathless passion for an oyster omelet he called Hang Town Fry, the story of a young virginal man's wishful and fruitless overindulgence, and a fleeting, poetic boyhood trespass on a Chesapeake Bay oyster bed at dawn.

Fisher wrote this book in 1941, while her second husband, the love of her life, Dillwyn Parrish, was suffering from Buerger's disease, a rare autoimmune response to smoking; the phantom pain from his amputated leg become so bad that he eventually shot himself. That she chose to write about the oyster — aphrodisiac, mysterious, a source of pleasure and strength — during the darkest time of her life suggests that the book was intended at least in part as a source of comfort. But not one word is self-pitying or elegiacal; the tone is joyful, playful and succinctly optimistic.

If there is a philosophy implicit in these pages, it is that great pleasure in food is there for the taking. Food is not a metaphor for life. It is life, and eating is an art. Now, more than ever, in this era of obsessive self-denial, obsessive overindulgence and obsessive moderation, it is deeply satisfying to be reminded that, as Fisher writes, "often the place and time help make a food what it becomes, even more than the food itself." In the hands of such a writer, reading about eating oysters is almost as good as eating them, and sometimes even better.

Love and Death Among the Molluscs

An oyster leads a dreadful but exciting life.

Indeed, his chance to live at all is slim, and if he should survive the arrows of his own outrageous fortune and in the two weeks of his carefree youth find a clean smooth place to fix on, the years afterwards are full of stress, passion and danger.

He — but why make him a he, except for clarity? Almost any normal oyster never knows from one year to the next whether he is he or she, and may start at any moment, after the first year, to lay eggs where before he spent his sexual energies in being exceptionally masculine. If he is a she, her energies are equally feminine, so that in a single summer, if all goes well, and the temperature of the water is somewhere around or above seventy degrees, she may spawn several hundred million eggs, fifteen to one hundred million at a time, with commendable pride.

American oysters differ as much as American people, so that the Atlantic Coast inhabitants spend their childhood and adolescence floating free and unprotected with the tides, conceived far from their mothers and their fathers too by milt let loose in the water near the eggs, while the Western oysters lie within special brood-chambers of the maternal shell, inseminated and secure, until they are some two weeks old. The Easterners seem more daring.

A little oyster is born, then, in the water. At first, about five to ten hours after he and at least a few hundred thousand of his mother's eggs have been fertilized by his potent and unknown sire, he is merely a larva. He is small, but he is free-swimming ... and he swims thus freely for about two weeks, wherever the tides and his peculiar whims may lead him. He is called a spat.

It is to be hoped, sentimentally at least, that the spat — our spat — enjoys himself. Those two weeks are his one taste of vagabondage, of devil-may-care free roaming. And even they are not quite free, for during all his youth he is busy growing a strong foot and a large supply of sticky cementlike stuff. If he thought, he might wonder why.

The two weeks up, he suddenly attaches himself to the first clean hard object he bumps into. His fifty million brothers who have not been eaten by fish may or may not bump into anything clean and hard, and those who do not, die. But our spat has been lucky, and in great good spirits he clamps himself firmly to his home, probably forever. He is by now about one-seventy-fifth of an inch long, whatever that may be ... and he is an oyster.

Since he is an Easterner, a Chincoteague or a Lynnhaven maybe, he has found a pleasant, moderately salty bottom, where the tides wash regularly and there is no filth to pollute him and no sand to choke him.

There he rests, tied firmly by his left foot, which seems to have become a valve in the immutable way of all oyster feet.

Granted by permission of Robert Lescher, as Trustee of the Literary Trust u/w/o M.F.K. Fisher 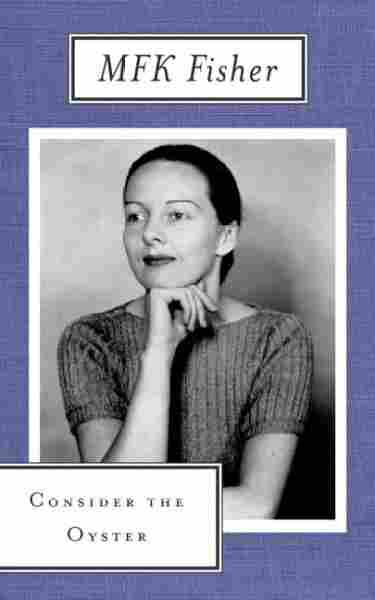