Accessibility links
Q&A: Where Did The Swine Flu Come From? The new H1N1 virus was first identified in April 2009 after a rash of outbreaks in Mexico and the U.S. that quickly spread around the globe. Health officials are worried about this strain because of its rapid spread and the high number of young people sickened, and because few are resistant to the new virus.

Q&A: Where Did The Swine Flu Come From?

Q&A: Where Did The Swine Flu Come From?

What is swine flu, or the new H1N1 virus?

This new H1N1 virus comprises genes from a seasonal human flu virus, a North American bird virus and a virus that has been in pigs for quite a while. The new strain has rapidly established itself as the dominant flu strain in most parts of the world, according to the World Health Organization (WHO).

This pandemic virus is not necessarily more deadly than other flu strains, but it is likely to infect more people than usual because few people have immunity against it. People younger than 25 years old, pregnant women and those with certain medical conditions such as diabetes and asthma are at particular risk for becoming sick with swine flu, which is unusual when compared with seasonal flu outbreaks that typically cause complications for the elderly. 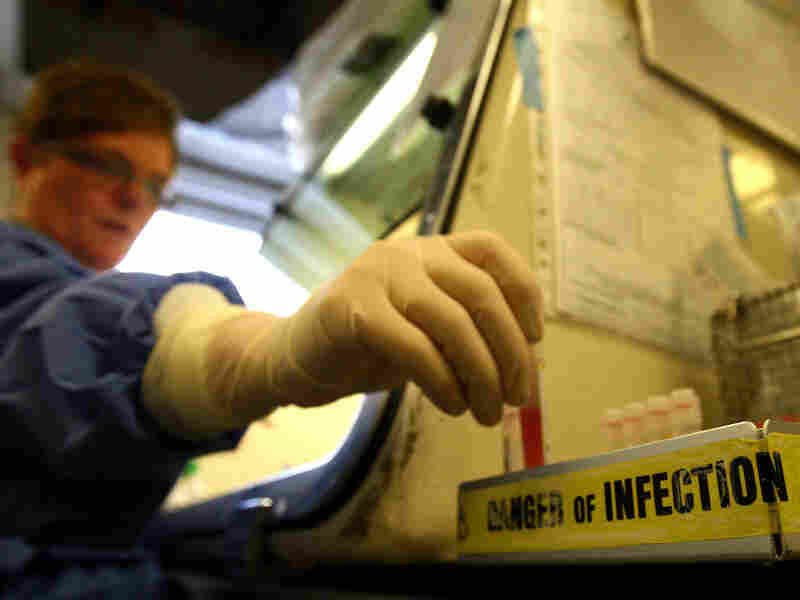 A scientist handles viral samples that have been tested for traces of swine flu at a virology center in Scotland. Andrew Milligan/Press Association via AP Images hide caption 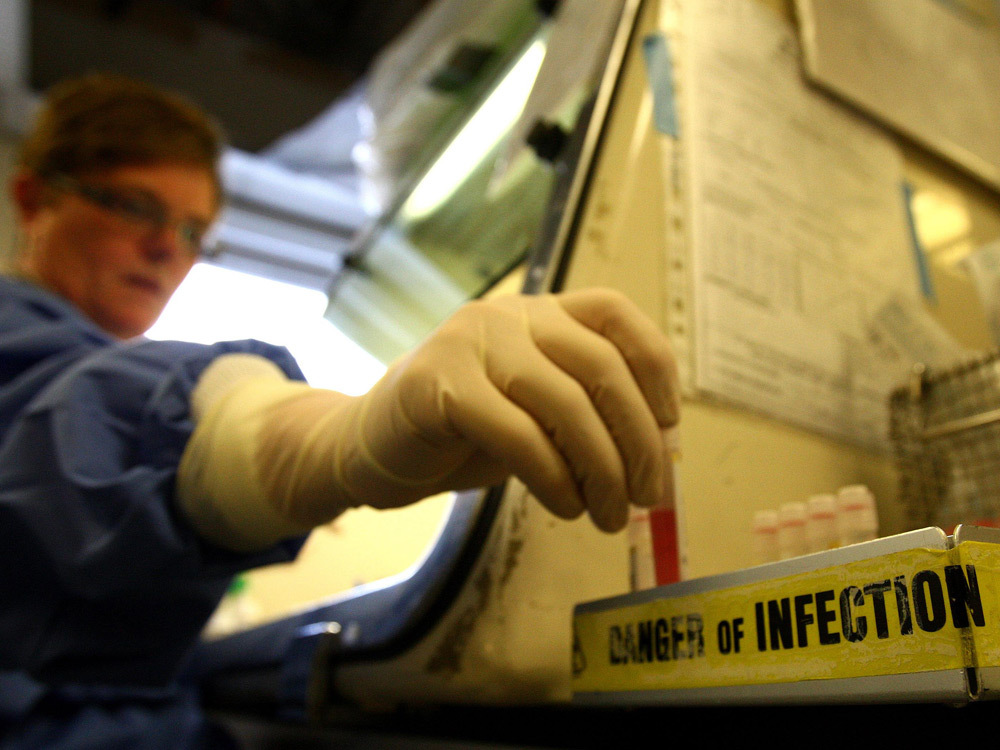 A scientist handles viral samples that have been tested for traces of swine flu at a virology center in Scotland.

Thus far, most of the illnesses across the globe from the pandemic appear to be genetically identical; studies haven't seen any signs that the virus has mutated to a more virulent or lethal form. Likewise, the overwhelming majority of patients around the globe experience mild illness. The virus can cause very severe and fatal illness, including in young and healthy people, but the number of such cases remains small, according to the WHO.

Where did the virus come from?

Researchers say the virus probably first emerged in humans sometime in 2008. It probably had been circulating in Mexico for months but was mistaken as the regular flu until the rash of outbreaks in the spring and the identification of the new H1N1 in April 2009.

Scientists have been working to track changes to the new flu virus, including its history. The current strain of H1N1 originated in pigs, which are easily infected with flu viruses from other pigs, birds and humans. Pigs can become mixing pots for viruses to swap genes and mutate.

Scientists say the gene-swapping that gave rise to the newly discovered swine flu virus happened 10 or 20 years ago, and the triple virus spread among pigs for years. But until recently, the virus wasn't able to spread among people. It acquired that ability only last year, when the older triple virus combined again with two other pig viruses that circulated in North American and Eurasian swine.

What's the difference between first and second waves of swine flu?

Flu is generally a seasonal disease. Every year, flu epidemics strike from November to March in the Northern Hemisphere and from May to September in the South. The pattern isn't entirely understood, though scientists have found that influenza viruses spread faster when it's colder and drier.

The first wave of swine flu sickened people around the globe last spring, and it was declared a pandemic in early June, based on its quick spread across communities in more than two regions of the world.

As expected, the virus traveled south for the Southern Hemisphere's winter where it spread across tropical regions of Asia, Central and South America, and South Africa, largely replacing the seasonal virus. Many countries in tropical regions continue to see increasing or sustained high levels of swine flu sickness despite their winter drawing to a close, the WHO reports.

The virus may also be causing sickness in sub-Saharan Africa; however, public health officials only have good data from countries with strong public health systems, said Laurie Garrett, a senior fellow for global health at Council on Foreign Relations, in an interview with NPR in August.

Experts expect a second wave of the pandemic to hit the Northern Hemisphere this fall and winter. Health officials in the United States have said the new H1N1 "poses a serious health threat" to the nation, but it's unlikely to resemble the deadly flu pandemic of 1918-19, which killed an estimated 50 million people, according to a report issued by the president's Council of Advisors on Science and Technology (PCAST) in early August.

What's the reach of swine flu around the world?

As of mid-October, there have been more than 414,000 laboratory confirmed cases of the 2009 H1N1 and 5,000 deaths, according to the WHO. The real amount of people sickened is much higher; countries are no longer reporting individual cases.

In the United States alone, the CDC estimates that more than one million people became ill with novel H1N1 flu between April and June, based on models that take into account people who were sickened but didn't seek medical help.

In preparing for a second wave in the Northern Hemisphere this fall and winter, PCAST reports that 20 to 40 percent of the U.S. population (60 million to 120 million people) could become sickened by swine flu, and more than half of them would seek medical attention. That could lead to as many as 1.8 million hospital admissions and up to 300,000 patients requiring intensive care, putting a strain on limited hospital resources, such as ventilators.

The report also says the flu could cause between 30,000 and 90,000 deaths in the United States, concentrated among children and young adults, though not all CDC officials agree with this estimate. In contrast, the 30,000 to 40,000 annual deaths typically associated with seasonal flu in the United States occur mainly among people older than 65.

Who is at risk?

People younger than 25 are at greater risk of being sickened by the new H1N1 than older people, according to the CDC. There have been few cases and few deaths reported in people older than 64, which is unusual when compared with seasonal flu that mostly sickens and kills seniors.

Additionally, people with certain medical conditions, including asthma and diabetes, as well as pregnant women, are at increased risk for complications from swine flu. The WHO estimates that worldwide more than 230 million people suffer from asthma, and more than 220 million people have diabetes.

Also, some studies have found that swine flu has hit minority groups harder. NPR's Richard Knox reported on a study of swine flu illness in the Boston area that found that swine flu has had a disproportionate effect on African-Americans and Latinos there. Blacks represent about one-quarter of the city's population but 37 percent of the confirmed swine flu cases. Latinos make up 14 percent of the population but more than one-third of swine flu cases.