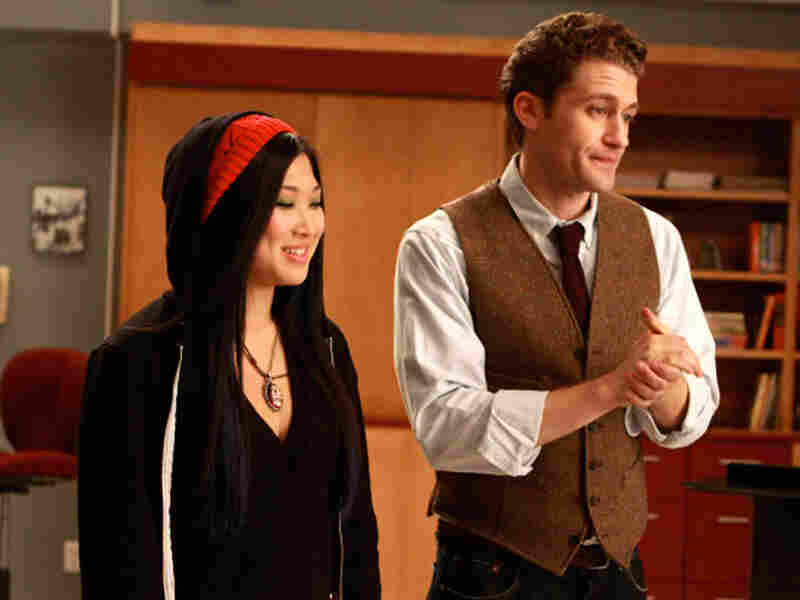 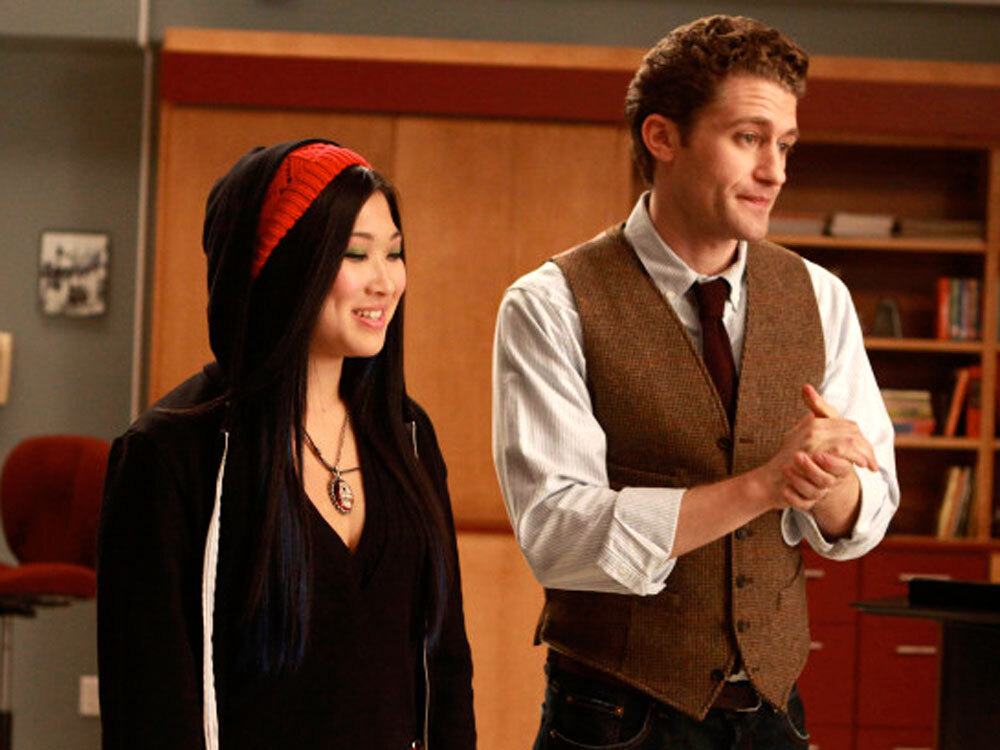 Matthew Morrison (shown here with Jenna Ushkowitz) plays the director of the hapless glee club in the Fox series Glee.

Broadway actor Matthew Morrison has the kind of talent that is most often seen on stage. An actor who can also sing and dance, he starred as Link in the Broadway production of Hairspray and won a Tony Award for his work in The Light in the Piazza.

"Obviously the singing and dancing make it really special and suited to what I do well," he tells Lynn Neary. "If I could've written a role for myself, this would've been it. It's the perfect transition from going from stage into television."

Morrison says his inspiration for the role came from some of his former teachers at his Southern California high school. He describes his own high school experience as an "amazing" one.

"I'm probably the only ... actor on our show who really enjoyed high school," he says. "I got the most out of it. I was really involved in so many programs."

The Glee character Morrison most associates with is Finn, the football jock with a surprising gift for song: "I was really into athletics, and I kind of had to choose at one point between playing soccer — which was my sport — and being in the musicals," he says.

Morrison says his favorite part of the job is shooting musical scenes. The pilot episode featured glee-club versions of "Rehab" and "Don't Stop Believin'," while in the new season, Morrison showcases his emcee skills on Kanye West's "Gold Digger."

"The best part of going to work is when we're actually shooting a musical scene," he says. "You can just see it in all the crew ... because they've been doing shows for so long but they've never done anything like this. So to go to work and get to hear performances ... it really just makes the whole vibe on set so special and so unique."