Accessibility links
Review: Raekwon, 'Only Built 4 Cuban Linx Pt. II' Raekwon's much-delayed follow-up to his 1995 classic, Only Built 4 Cuban Linx, had fans wondering if he was attempting to restructure a flawed product. As it happens, Pt. II is a great album; it just fails to live up to its illustrious name.

It's a pleasant surprise to even see Only Built 4 Cuban Linx Pt. II on store shelves, complete with Raekwon and Ghostface Killah reprising their bro-menace pose from the original cover. The long-delayed follow-up to Raekwon's 1995 classic Only Built 4 Cuban Linx... had critics and fans worried: Conventional wisdom suggests that a delayed album is usually held back by frantic attempts to restructure a flawed product. It was getting to the point where Cuban Linx II seemed doomed to be the Wu-Tang Clan member's Chinese Democracy, if not his Smile. But now that it's out, it's become apparent that Rae hasn't been trying to salvage the album over the past few years; he's been trying to perfect it. 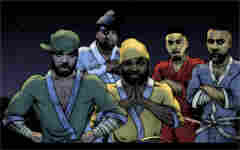 Watch the video for "House of Flying Daggers," the first single from Raekwon's new album. 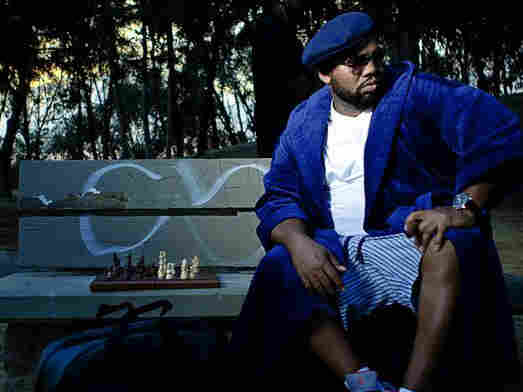 Raekwon's new album is the much-delayed sequel to his 1995 classic, Only Built 4 Cuban Linx . . .. courtesy of artist hide caption

It's no secret that most rappers would rather be filmmakers. "My [life/rap/album] is like a movie" is an all-too-common cliche among MCs. Though the cinematic nature of the genre's best work can probably be tied to these aspirations, hip-hop isn't immune to the vulgar trappings of Hollywood, particularly the dreaded cash-in sequel. While a more famous rapper released a less respectable sequel last week, Raekwon's Only Built 4 Cuban Linx Pt. II is a hip-hop sequel done well. Or at least done as well as a sequel of its kind can be.

Only Built 4 Cuban Linx... marked the creative apex of the Wu-Tang crew's movement/madness. (This fan hysteria is best quantified by the number of young men named "Raekwon" who are currently entering their early teens.) But the original Cuban Linx is a solo record in name only, belonging as much to production architect RZA and "guest star" Ghostface, who rapped on all but two songs. This trio crafted a perfect rap album — quite possibly the perfect rap album. The widely revered Cuban Linx thematically groundbreaking and aesthetically flawless, predicting the obsessions with mafioso and cocaine that would help define hip-hop in the years that followed.

But in the 14 years since, Raekwon has released just two albums himself, and both were critical and commercial failures. RZA became a Hollywood composer (Ghost Dog, Kill Bill) and Ghost an unexpected hipster icon. Raekwon remained the guy who once made Cuban Linx. He announced his plans for a sequel back in 2005, and spent the following four years re-announcing it and pushing it back.

On Cuban Linx II, Ghostface is once again billed as a guest star, and the duo's chemistry remains as palpable as ever. Ghost's protracted wheeze has always been the perfect counterpart to Rae's husky and subdued flow. And the only person who freezes a frame on a ghetto landscape better than Raekwon is Ghost. "They found a 2-year-old strangled to death with an 'I Love Daddy' shirt on and a plastic bag at the top of the steps," Ghost raps in "Cold Outside," employing the detachment of a news reporter.

The best Wu rhymes have always been built around this sort of softly fragmented imagery, removed from a narrative. It's more about the whats and whos than the whys or hows. A peripheral homeless man can become an emotional focal point; a crack in the sidewalk can be a worthy four-bar portrait. Where many 21st-century Wu-Tang projects have lost sight of this fact, instead succumbing to conceptual over-ambition (Ghostface wrote a song about living underwater, while GZA made an entire album about chess), Cuban Linx II consistently plays to that classic approach.

Though the production line-up has changed for this album, Cuban Linx II pays tribute to RZA's sound on the original, with its plodding funk, film-score drama and kung-fu samples. RZA himself only contributes two tracks (Rae famously dismissed his more experimental tracks on the last Wu album as the work of a "hip-hop hippie"). Both his predecessors in beat-making (Big Daddy Kane beatsmith Marley Marl) and his descendants (the late J Dilla) re-create his smoke-and-mirrors aesthetic to near perfection. Only the two Dr. Dre tracks seem misplaced here, finding Dre unable to shake his hyper-clean sound and fully indulge in Wu-Tang grime.

Beyond that, all that's missing from Cuban Linx II is the moment, the impact. The first album provided an earth-shattering, original experience; this is merely a well-constructed concession to aging nostalgists and too-young revivalists. Ultimately, Rae does a great album a disservice by placing it in shoes it can't fill. With any other title, it might have been hailed as a grand return to form. As it stands, it was always bound to be viewed as an inferior sequel.