Accessibility links
Models With Psoriasis Strut To Raise Awareness With the help of Project Runway's Tim Gunn, psoriasis patients hit the catwalk to demystify this often-misunderstood skin disorder. Not only is the disease painful, it can be embarrassing, causing people to hide their skin and even isolate themselves. 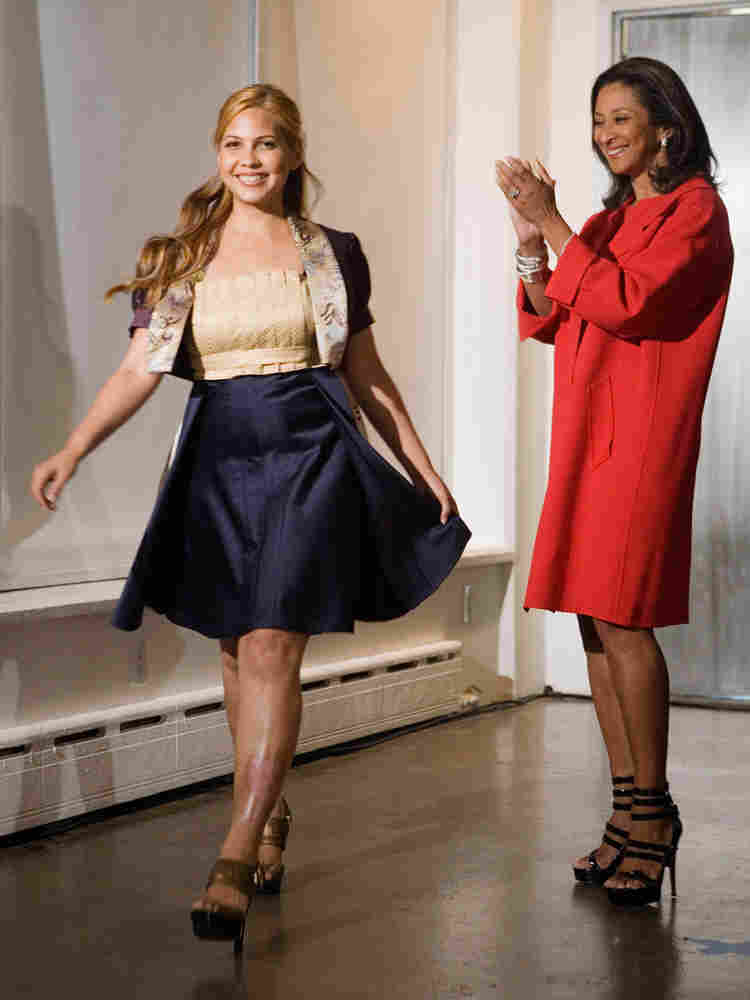 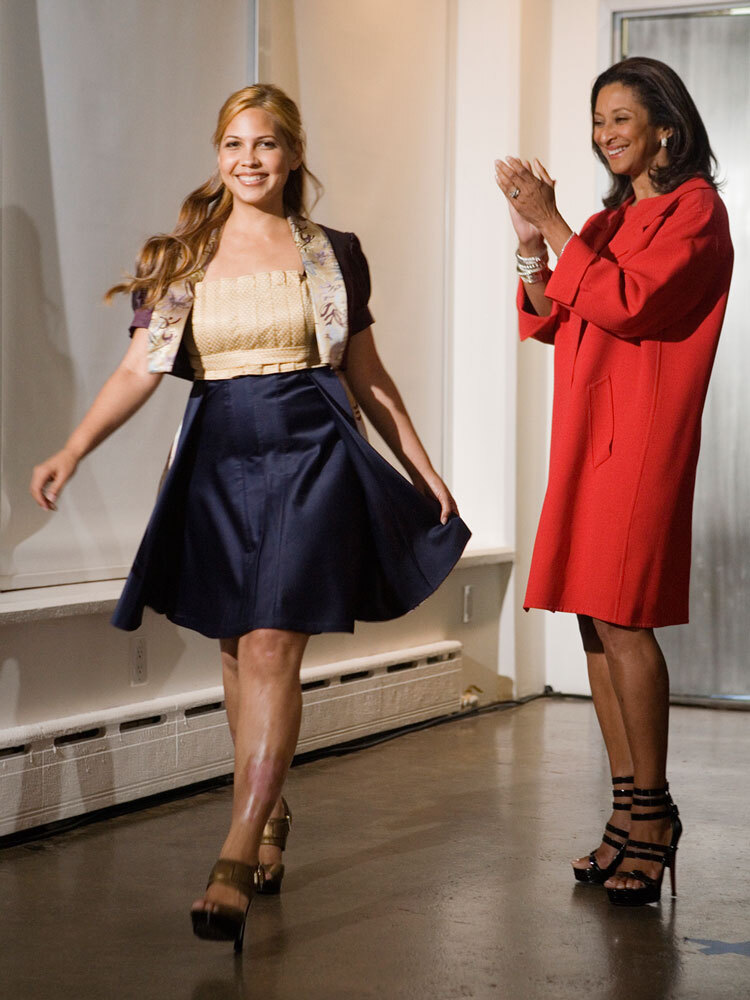 Isabel Estevez, who was diagnosed with severe plaque psoriasis as a young girl, walks the runway at the Addressing Psoriasis fashion show. 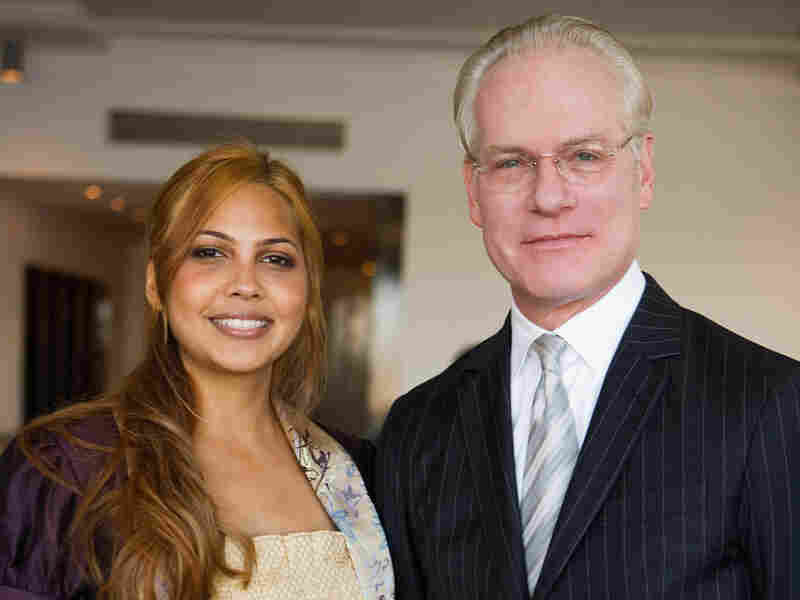 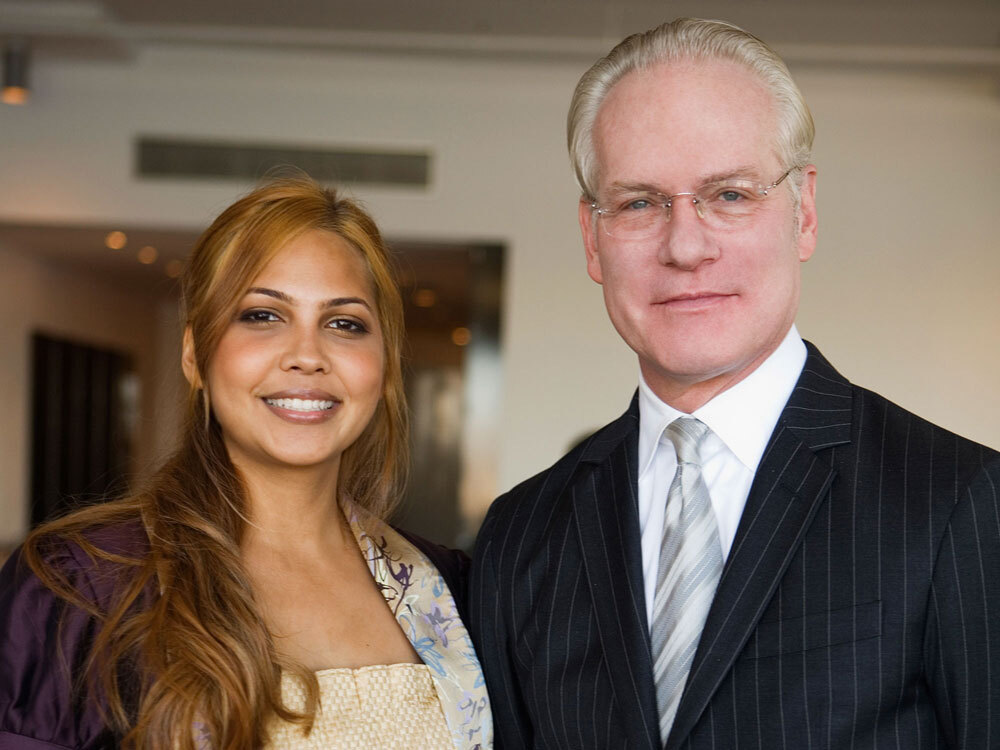 The music blares. And one by one, models strut the catwalk as Project Runway television host Tim Gunn introduces them.

But these are not your typical models — they are winners of a nationwide contest for psoriasis patients.

The contest, called "Addressing Psoriasis," is the cornerstone of an awareness campaign aimed at helping people with moderate to severe plaque psoriasis get more information about managing their disease and feel more confident in their everyday life.

Sponsored by drug manufacturers and consumer self-help groups, the event also aims to demystify psoriasis for others and help people understand that this is not a contagious disease but an individual skin disorder that can be treated with some success.

Eight winners modeled custom-designed creations by students from the Fashion Institute of Technology.

Cindy McGowen, of League City, Texas, wore a spaghetti strap dress showing off her arms, which were covered with psoriasis. "I have it on both my elbows, both my knees, both my ankles. I have large patches up the back of my triceps, some patches that go down to my wrists and on all of my knuckles. I also have a different pattern they call the raindrop pattern where it just sprinkles little dots on different parts of your body."

All the models, including one man, have severe cases of plaque psoriasis, the most common form of the disease, which affects 80 to 90 percent of people with psoriasis.

Psoriasis is a chronic, lifelong disease believed to be caused by the body's own immune system turning on itself, causing the skin to go into "overdrive" and produce red, inflamed patches on just about any part of the body, including fingernails, toenails, genitals and the scalp.

It is not contagious, but uneducated strangers often think it is. At its most severe, it can be very painful and itchy. It comes and goes, and no one knows exactly why outbreaks occur.

Learn More About Psoriasis From The National Psoriasis Foundation
Visit The 'Address Psoriasis' Web Site, And Meet The Eight Winners Who Walked The Runway

The skin disorder is believed to have a genetic component. Factors that may aggravate outbreaks include stress, excessive alcohol consumption and smoking.

For Isabel Estevez, the kind of publicity and support offered by events like this was quite literally, she says, lifesaving.

Estevez was diagnosed at 5 years old. At 9, she had an experience that shaped her life.

She was at a water park. "My skin was pretty bad broken out and a young girl approximately my age with her mother saw my skin and immediately freaked out and tugged on her mother and [said], 'Oh my god what's wrong with that girl?' " she says. "The mother looked at me, shocked, equally in terror, pulled her daughter away from me, and just said, 'Just stay away.' "

For years after that, Estevez wore pants and long sleeves, no matter how hot or humid it was outside. She never wore her hair up. She wore jackets all the time. Then, luckily, she says, she did an Internet search on psoriasis and found the National Psoriasis Foundation, which happened to be having a conference in Chicago, near her home.

"I genuinely thought I was gonna show up at this conference and I would be the only one there," she says. "Imagine my eyes when I walked in and there was a room full of 500 people, all with psoriasis, all who knew what I was going through. I saw people exposing their skin and not afraid, and it in turn gave me the inspiration to do the same."

Searching For A Treatment That Works

There is no cure for psoriasis. And treatments often fail or wear off over time. Some people use anti-itch creams, which often contain cortisone or other steroids. There are ointments that contain tar, creams that reduce scaling, dandruff shampoos, moisturizers, vitamin D or A. Oatmeal baths can soothe and ultraviolet light treatments can help.

In severe cases, there are medicines to suppress the body's immune response.

But the most promising treatments, say dermatologists like Mark Lebwohl, chief of dermatology at Mount Sinai School of Medicine in New York, are relatively new drugs called biologics, which came on the market about five years ago.

Lebwohl says most biologics are forms of antibodies that are directed against specific parts of the immune system. However, there are concerns about potential side effects. Because the drugs suppress the immune system, patients may be more vulnerable to certain infections and even malignancies.

On the horizon, however, Lebwohl is looking forward to approval of a new biologic that appears to be safer and more effective than those currently available. It is now awaiting federal approval from the FDA.

Lebwohl says an injection of the drug just four times a year clears the majority of patients. He calls it a "true breakthrough."

In clinical trials, about three-quarters of patients with severe psoriasis who received the drug saw dramatic improvement. In nearly half of the cases, the psoriasis cleared completely.