Accessibility links
Science Was A Muse To Inspire Romantic Art John Keats' famous 1816 sonnet "On First Looking into Chapman's Homer" celebrated the recent discovery of Uranus — the first new planet to be found in more than a thousand years. In fact, says author Richard Holmes, the scientific discoveries of the Romantic age inspired generations of great artists and their work.

In a letter dated 1800, the great Romantic poet Samuel Taylor Coleridge wrote, "I shall attack Chemistry, like a Shark." John Keats' famous 1816 sonnet "On First Looking into Chapman's Homer" celebrated the recent discovery of Uranus — the first new planet to be found in more than a thousand years. In fact, says author Richard Holmes, the scientific discoveries of the Romantic age inspired generations of great artists and their work.

Holmes is the author of the book The Age of Wonder: How the Romantic Generation Discovered the Beauty and Terror of Science. He says the book is constructed as a "relay race" of scientific stories that span the years between botanist Joseph Banks' voyage to Tahiti in 1769 and Charles Darwin's journey to the Galapagos in 1831.

"For most people, this period really is the great Romantic period in literature, which we associate with Wordsworth and Coleridge and Shelley and Byron and Keats," Holmes tells host Guy Raz. "But it gradually became clear to me that the scientific breakthroughs in this period had a major effect on how people saw the world and the universe and also how people wrote about it."

Those breakthroughs included amateur astronomer William Herschel's discovery of Uranus, the seventh planet, in 1781. But Herschel himself was an unlikely discoverer. He was a German immigrant who settled in England as a young man, a musician by training and a composer and music teacher by day. But at night, Holmes says, Herschel and his younger sister Caroline spent hours scouring the sky. William Herschel used to rub raw onions on his hands to stave off the cold. Caroline wore layers of woolen petticoats.

The key to their discoveries, Holmes tells Guy Raz, was the radical construction of their homemade telescopes. Instead of traditional refractor telescopes, the Herschels made reflector telescopes using large mirrors cast from molten metal in their basement kitchen. After casting the mirrors, William Herschel would have to polish them nonstop for hours on end, to keep the metal from misting over before they were placed inside the telescope. Holmes says that during one epic 16-hour polishing session, young Caroline "put food in his mouth to keep him going and read from The Arabian Nights."

It's that kind of ingenuity that characterized the Romantic age of science.

Another character in the book, Humphry Davy, invented the miners' lamp and measured the cubic capacity of his own lungs. He also experimented with gasses — including carbon monoxide and laughing gas — on himself. This father of modern chemistry was catapulted to fame in England, Holmes says; Lord Byron even mentioned Davy and his lifesaving lantern in his satiric poem "Don Juan." But Holmes says that Davy formed a direct friendship with Samuel Taylor Coleridge when the poet volunteered to take part in the chemist's experiments.

"You need to imagine this extraordinary moment when the great Romantic poet, fresh from his opium experiments, fresh from writing the poem 'Kubla Khan,' goes into [Davy's] laboratory at Bristol and breathes his experimental gasses, and then gives his description of what physical and psychological effect they have on him," Holmes says.

Davy's experiments with gasses were a precursor to the later discovery of anesthesia.

In his book, Holmes chronicles the adventures of early balloonists and the explorer Mungo Park in Africa. He also explores the effects of the scientific climate on Mary Shelley's cult novel Frankenstein. In the end, he makes clear that one thing the scientists and artists of the Romantic era shared was a need to both live and describe their "age of wonder."

Excerpt: 'The Age Of Wonder' 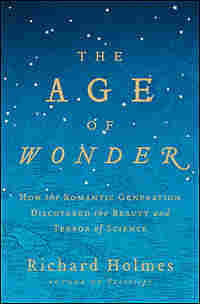 The Age of Wonder: How the Romantic Generation Discovered the Beauty and Wonder of Science
By Richard Holmes
Hardcover, 576 pages
Pantheon
List Price: $40.00

Romanticism as a cultural force is generally regarded as intensely hostile to science, its ideal of subjectivity eternally opposed to that of scientific objectivity. But I do not believe this was always the case, or that the terms are so mutually exclusive. The notion of wonder seems to be something that once united them, and can still do so. In effect there is Romantic science in the same sense there is Romantic poetry, and often for the same enduring reasons.

The first scientific revolution of the 17th century is familiarly associated with the names of Newton, Hooke, Locke and Descartes, and the almost simultaneous foundations of the Royal Society in London, and the Academie des Sciences in Paris. It existence has long been accepted, and the biographies of its leading figures are well known.

But this second revolution was something different. The first person who referred to a "second scientific revolution" was probably the poet Coleridge in his Philosophical Lectures of 1819. It was inspired primarily by a sudden series of breakthroughs in the fields of astronomy and chemistry. It was a movement that grew out of 18th century Enlightenment rationalism, but largely transformed it, by bringing a new imaginative intensity and excitement to scientific work. It was driven by a common ideal of intense, even reckless, personal commitment to discovery.

It was also a movement of transition. It flourished for a relative brief time, perhaps two generations, but produced long-lasting consequences — raising hopes and questions — that are still with us today. Romantic Science can be dated roughly, and certainly symbolically, between two celebrated voyages of exploration. These were Captain Cook's first round the world expedition aboard the Endeavour, begun in 1768; and Charles Darwin's voyage to the Galapagos islands aboard the Beagle begun in 1831. This was the time I have called the Age of Wonder, and with any luck we have not yet quite outgrown it.

The idea of the exploratory voyage, often lonely and perilous, is in one form or another a central and defining metaphor of Romantic science.

That is how William Wordsworth brilliantly transformed the great Enlightenment image of Sir Isaac Newton into a Romantic one. As a university student in the 1780's Wordsworth had often contemplated the full-size marble statue of Newton, with his severely close-cropped hair, that still dominates the stone-flagged entrance hall to the chapel of Trinity College, Cambridge. As Wordsworth originally put it, he could see a few yards off from his bedroom window, over the brick wall of St. John's College

"The Antechapel, where the Statue stood
Of Newton, with his Prism and silent Face."

Sometime after 1805, Wordsworth animated this static figure, so monumentally fixed in his assured religious setting. Newton became a haunted and restless Romantic traveller amidst the stars:

"And from my pillow, looking forth by light
Of moon or favouring stars, I could behold
The Antechapel where the Statue stood
Of Newton, with his prism and his silent face,
The marble index of a Mind forever
Voyaging through strange seas of Thought, alone."
[The Prelude, 1850, Book 3, lines 58-64]

Around such a vision Romantic science created, or crystallised, several other crucial conceptions — or misconceptions — which are still with us. First, the dazzling idea of the solitary scientific "genius", thirsting and reckless for knowledge, for its own sake and perhaps at any cost. This neo-Faustian idea, celebrated by many of the imaginative writers of the period including Goethe and Mary Shelley, is certainly one of the great, ambiguous creations of Romantic science which we have all inherited.

Closely connected with this is the idea of the Eureka moment, the intuitive inspired instant of invention or discovery, for which no amount of preparation or preliminary analysis can really prepare. Originally the cry of the Greek philosopher Archimedes, this became the "fire from heaven" of Romanticism, the other true mark of scientific genius, which also allied it very closely to poetic inspiration and creativity. Romantic science would seek to identify such moments of singular, almost mystical vision in its own history. One of its first and most influential examples, was to become the story of the solitary brooding Newton in his orchard, seeing an apple fall and "suddenly" having his vision of universal gravity. This story was never told by Newton at the time, but only began to emerge in the mid 18th century, in a series of memoirs and reminiscences.

The notion of an infinite, mysterious Nature, waiting to be discovered or seduced into revealing all her secrets was widely held. Scientific instruments played an increasingly important role in this process of revelation, allowing man not merely to extend his senses passively — using the telescope, the microscope, the barometer — but to intervene actively, using the voltaic battery, the electrical generator, the scalpel or the air pump. Even the Montfgolfier balloon could be seen as an instrument of discovery, or indeed of seduction.

There was, too, a subtle the reaction against the idea of a purely mechanistic universe, the mathematical world of Newtonian physics, the hard material world of objects and impacts. These doubts, expressed especially in Germany, favoured a softer "dynamic" science of invisible powers and mysterious energies, of fluidity and transformations, of growth and organic change. This is one of the reasons that the study of electricity (and chemistry in general) became the signature science of the period; though astronomy itself, once the exemplary science of the Enlightenment, would also be changed by Romantic cosmology. [Eg Coleridge again, see RH DR p548-9]

The ideal of a pure, "disinterested" science, independent of political ideology and even religious doctrine, also began slowly to emerge. The emphasis of on secular, humanist (even atheist) body of knowledge, dedicated to the "benefit of all mankind" was particularly strong in revolutionary France. This would soon involve Romantic science in new kinds of controversy: for instance, whether it could be an instrument of the state, in the case of inventing weapons of war? Or a handmaiden of the Church, supporting the widely held view of "Natural theology", in which science reveals evidence of a divine Creation or intelligent design?

With these went the new notion of a popular science, a people's science. The scientific revolution of the late 17th century had promulgated an essentially private, elitist, specialist form of knowledge. Its lingua franca was Latin, and its common currency mathematics. Its audience were a small (if international) circle of scholars and savants. Romantic science, on the other hand, had a new commitment to explain, to educate, to communicate to a general public. 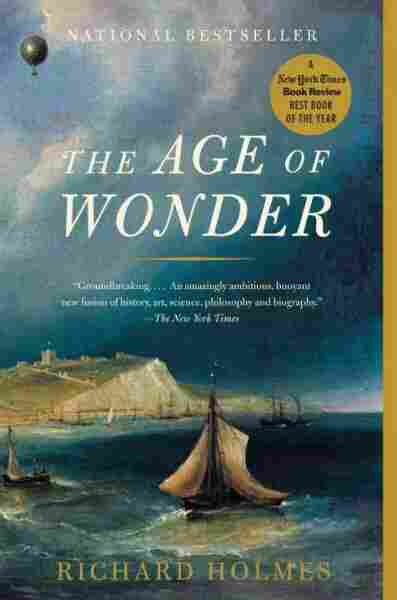 The Age of Wonder

How the Romantic Generation Discovered the Beauty and Terror of Science