Accessibility links
Obama Returns To Campaign Trail For Health Care After a summer in which the opposition gained the upper hand in the health care debate, warning of a government takeover and death panels while the president's mighty campaign machine seemed almost dormant, Obama is now trying to gain control of the debate. 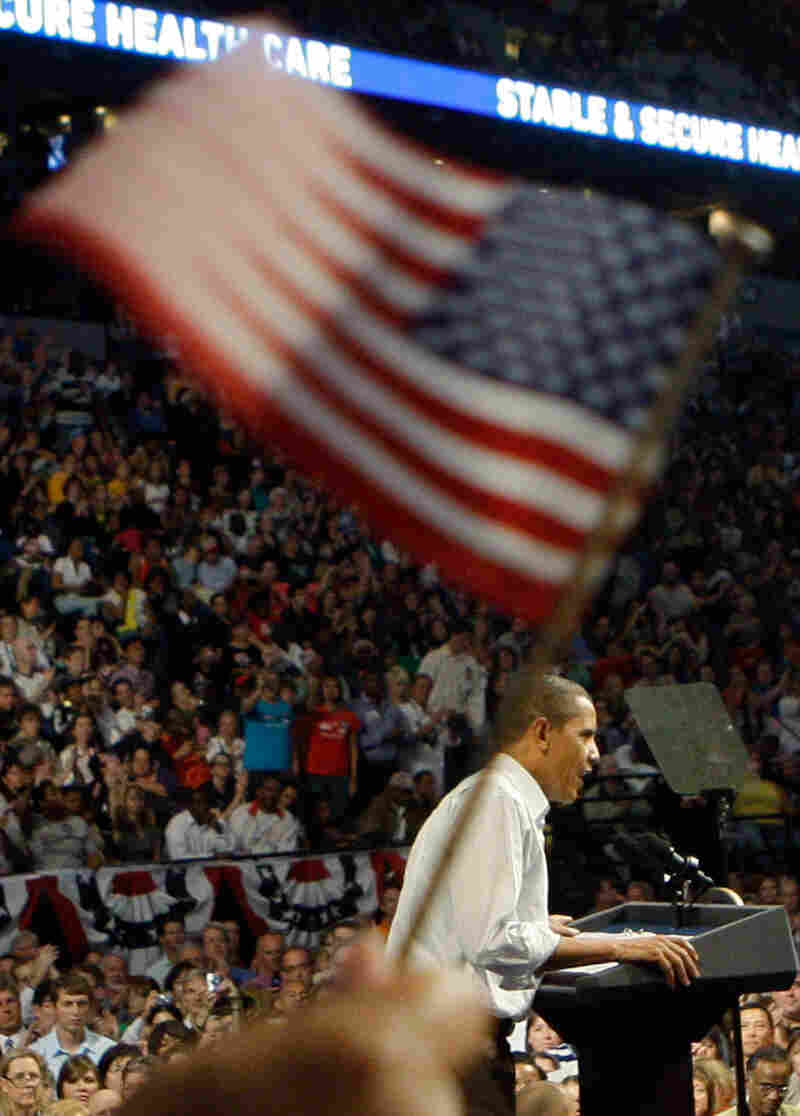 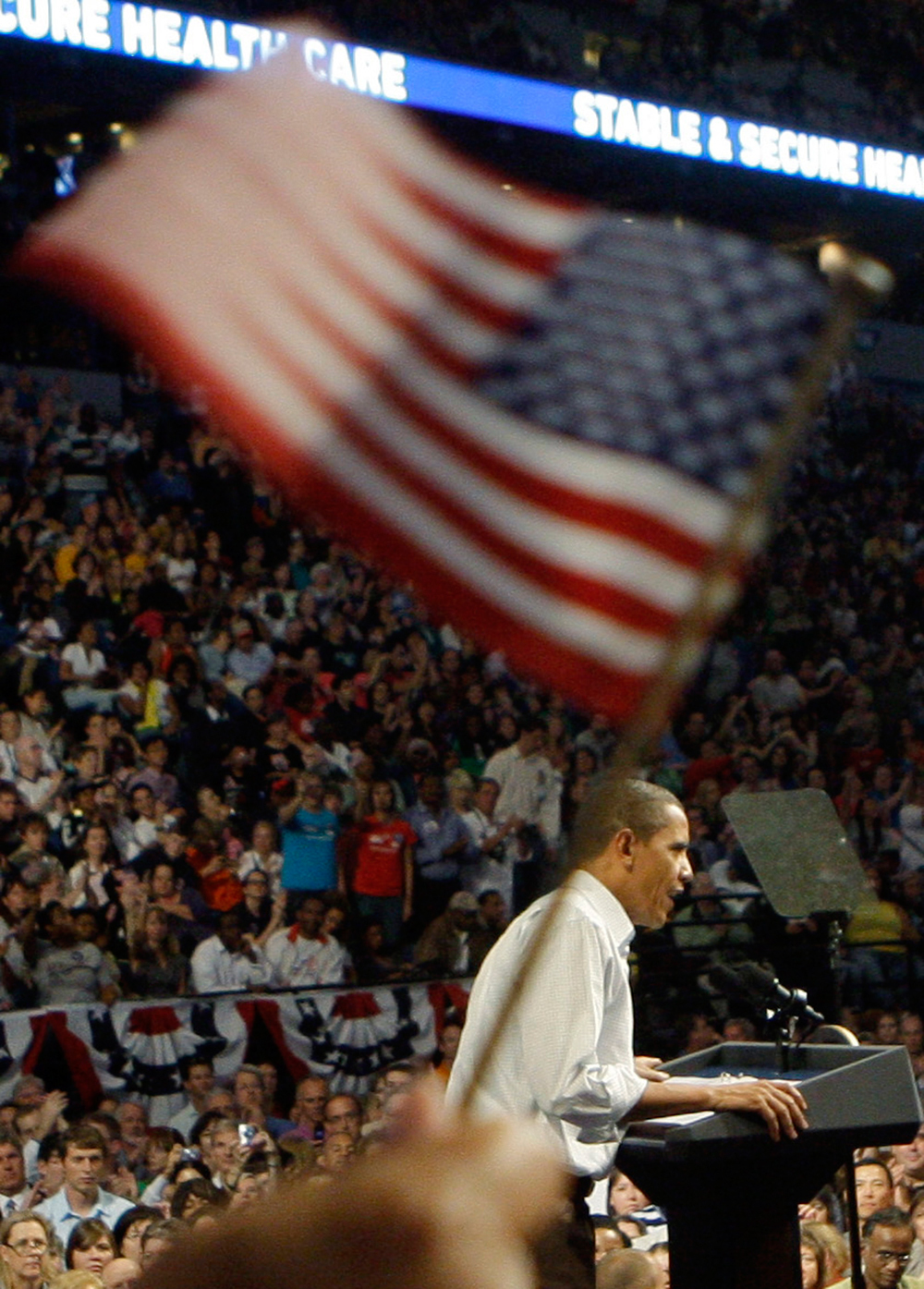 President Obama holds a rally in support of a health care overhaul on Saturday in Minneapolis.

It felt a lot like the presidential campaign all over again in Minneapolis on Saturday, as President Obama rallied public support for major changes to the nation's health care system.

The message was the same as his speech to a joint session of Congress last Wednesday, but the volume and the energy were turned up. Chants of "Yes, we can! Yes we can!" sounded familiar from the 15,000 people inside downtown Minneapolis' Target Center.

The White House says tickets were distributed first-come, first-served. There were some protesters outside, but if there were any contrarian voices inside, they didn't make themselves known as the president spoke.

"I don't know if any of you caught it on television, but the other night I gave a speech to Congress about health care," he said to huge cheers. "I can already see that this crowd's a lot more fun."

He urged the crowd to get out in their community and be individual ambassadors on behalf of his plan, reprising a cheer from his campaign '08 playbook: "Fired up? Ready to go!"

Minneapolis resident Charlie Nauen, an attorney, said it's vital that the president use tried-and-true campaign techniques to sell health care.

"It's the only way it's going to get done, and he's discovered that," Nauen said. "You can't just do business as usual on this issue."

"He needs the power of the people, and he needs change to start from the bottom up rather than the top down," says Nauen's wife, P.J. Pofahl. "He understands that better than anybody."

So, after a summer in which the opposition gained the upper hand in the health care debate, warning of a government takeover and death panels while the president's mighty campaign machine seemed almost dormant, Obama is now trying to gain control of the debate. Polls indicate that it's working: Support for his approach rose significantly after the speech to Congress — as had been expected.

More big health care rallies are coming up, and on Sunday, the president will try another venue to make his case — an interview on CBS's 60 Minutes.