Accessibility links
Good For Acid Rain, But Can It Slow Climate Change? The House's recently passed version of a climate change bill is a charged issue. Even the bipartisan duo behind the original cap-and-trade program doesn't agree this version will work to slow climate change without burdening consumers. 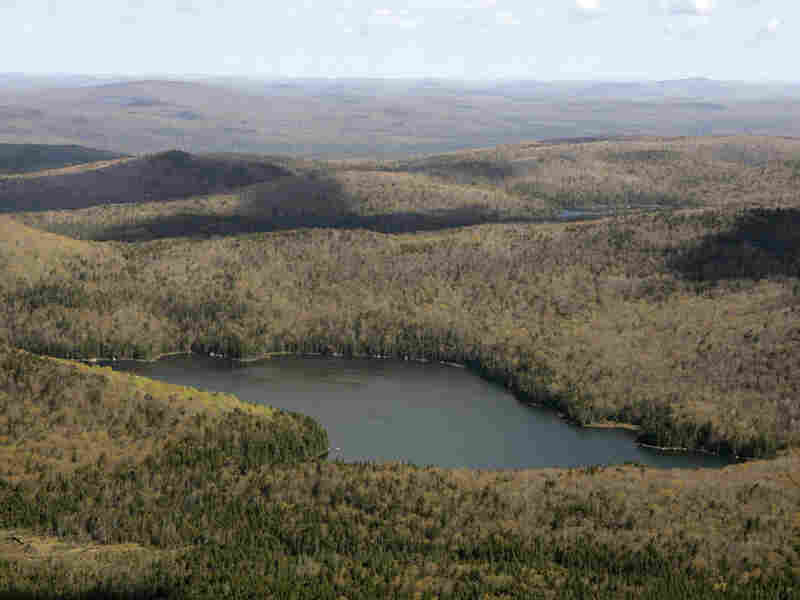 In 1984, biologists found that Brooktrout Lake and hundreds of others in the rugged region of Adirondack Park were completely devoid of fish due to acid rain. Twenty-five years later, there are signs of recovery. Jim McKnight/AP hide caption 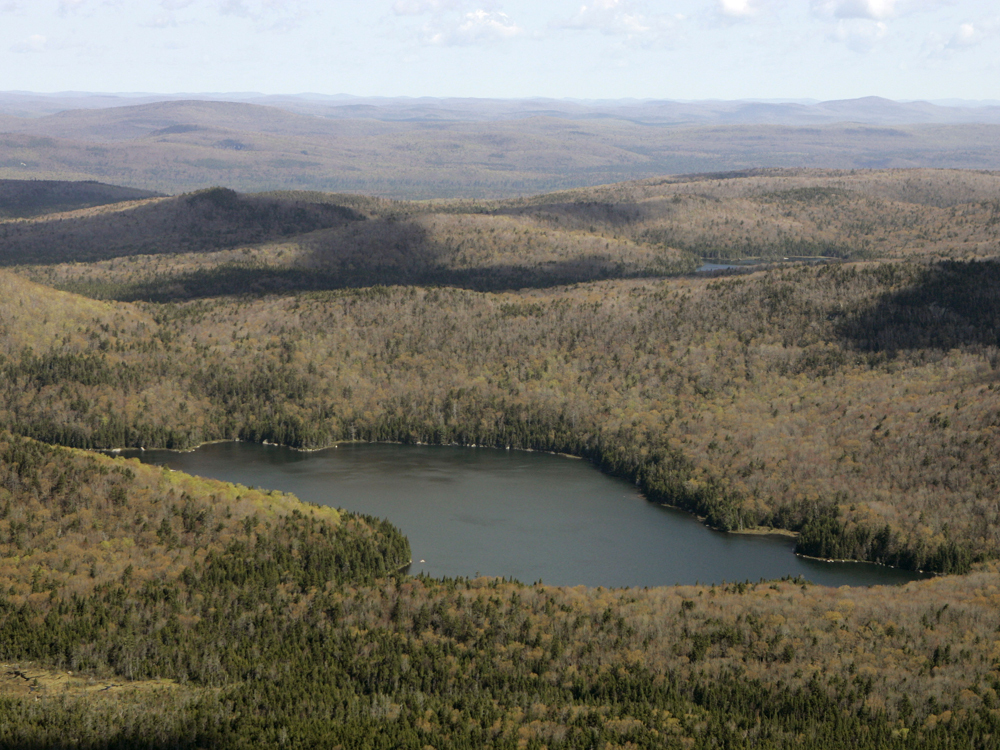 In 1984, biologists found that Brooktrout Lake and hundreds of others in the rugged region of Adirondack Park were completely devoid of fish due to acid rain. Twenty-five years later, there are signs of recovery.

The health care debate has pushed climate change to the Senate's sidelines, but the House's recently passed version of a climate change bill is still a charged issue.

Even the bipartisan duo behind the original cap-and-trade program doesn't agree that this version will work to slow climate change without burdening taxpayers.

At the core of the sweeping bill is the system of controlling greenhouse gas emissions called "cap and trade." It places a limit — or cap — on how much a business can pollute. If the business pollutes at a rate lower than its cap, it can sell the excess rights. And each year, the cap is lowered.

Most of the plan's strongest opponents during the debate in June were Republicans who argue that the bill contains a stealth tax on energy.

Another Republican congressman, Devin Nunes of California, said, "I asked my Democratic friends, is that what you've really come to? Do you want to throw away the economic prosperity for nothing? Because that's what this bill does. And for what? To satisfy the twisted desires of radical environmentalists."

But few people would call C. Boyden Gray a radical in any sense of the word. He's a lifelong Republican and the former White House counsel under President George H. W. Bush. Two decades ago, he became the father of the cap-and-trade system that's been used ever since to control acid rain.

His ally? Fred Krupp, head of the Environmental Defense Fund.

Krupp tells NPR host Guy Raz that the Northeast in particular was suffering from acid rain. "Forests were being hit greatly hard — even dying. Lakes were being sterilized, and Canada was demanding that the U.S. do something, because they said more than half of their pollution was coming from the United States."

Most of the proposals to deal with the problem involved dictating to businesses exactly how to lower the amount of sulfur dioxide they put into the air. None of the plans managed to get off the ground, so Krupp and the Environmental Defense Fund decided to advocate a different approach: Instead of forcing businesses to address the problem in a specific way, they would create free-market incentives for them to cut down emissions however they wanted to do it.

It wasn't necessarily a brand new idea, but it caught the eye of Gray at the White House, who wanted to "get away from what we call, technically, command-and-control regulation, where you try to control every tailpipe, every smokestack."

Krupp says that while many environmentalists laud cap and trade today, they weren't gung-ho about the plan two decades ago.

"There was some skepticism among other environmental groups, to be sure. There was some criticism that we were talking to Republicans, which sounds humorous now but was very real at the time."

Gray says that some of his Republican colleagues in the Senate also expressed concern.

"I remember [then-White House Chief of Staff] John Sununu blew up, and he said, 'My God, you're going to strangle America,' and I said, 'No, John, calm down,' and he calmed down — and the rest is history," he says.

Cap and trade was a success on all fronts, Gray says. "It turned out to be even cheaper than I had anticipated. We were thinking $1,500 a ton — it turned out to be less than $300 a ton to control these emissions. I called it an almost near-miracle, but in retrospect, it wasn't all that surprising."

Krupp says that because the system requires such tight monitoring to work, it has a 99 percent compliance record.

The 2009 Waxman-Markey bill seeks to reduce carbon dioxide and other greenhouse gas emissions that cause climate change. And while Gray and Krupp were allies when it came to the 1990 Clean Air Act, this time they're divided.

A main point of contention is the Waxman-Markey bill's inclusion of a method for the government to auction pollution rights to businesses. This wasn't a part of the 1990 Clean Air Act, and many Republicans — including Gray — say the cost for those businesses to buy pollution rights will be passed on to consumers by way of increased prices for electricity, gasoline, natural gas and more.

"It's the auction that allows the opponents of this legislation to call it a tax. And that's not really a stretch in my opinion. The auction is a tax," Gray says, one that will reach $2 trillion a year. "That is one heckuva lot of money. It would be the biggest tax conceived by any U.S. government. That, for me, is what spoils the bill politically," he says.

Krupp says the bill contains provisions to protect consumers — and that it's a good start. "I have a substantially more positive view of Waxman-Markey, because I think Waxman-Markey has the essential architecture we need to get going," he says. "We can always revisit and refine."

The two still agree that cap and trade is the way to handle the problem. Gray hopes lawmakers today will be able to work together to get it done, like they did with the 1990 Clean Air Act.

"That was a golden era of cooperation," he says, "and I have these dreams that we can return there."