Accessibility links
Joe Wilson And The Meaning Of Respect In her weekly commentary, host Michel Martin reflects on the outburst by Rep. Joe Wilson during President Obama's health care speech to Congress last week. Martin questions whether Wilson's supporters would back such outbursts if they were coming from the other side of the aisle. 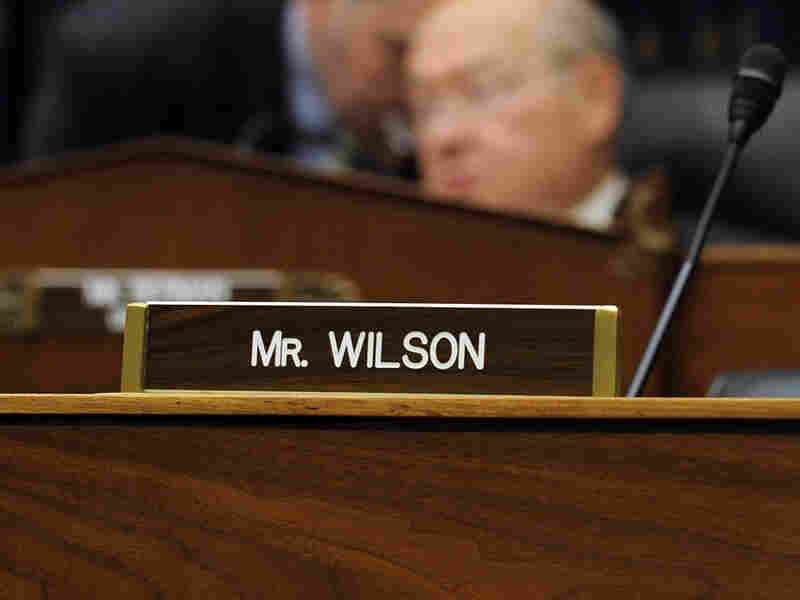 Rep. Joe Wilson, a Republican from South Carolina, has come under fire for heckling President Obama during the president's recent address on health care reform to a joint session of Congress. Harry Hamburg/AP hide caption 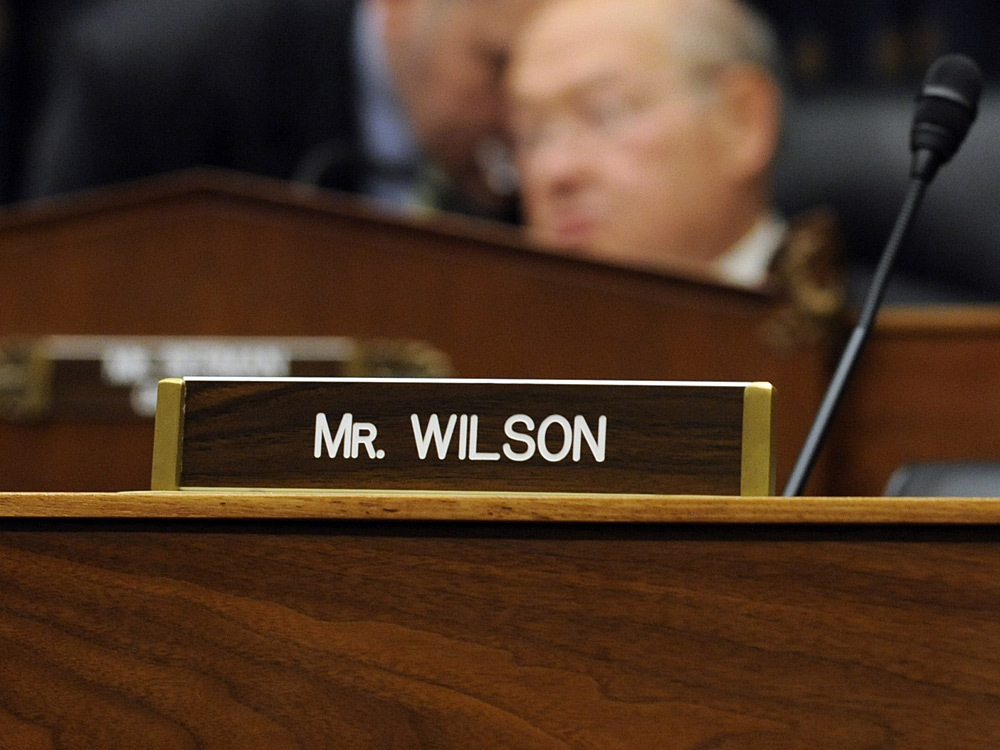 Rep. Joe Wilson, a Republican from South Carolina, has come under fire for heckling President Obama during the president's recent address on health care reform to a joint session of Congress.

I want to talk about that outburst by South Carolina Rep. Joe Wilson during the president's joint address to Congress last week. The congressman shouted "you lie!" when the president was talking about health care.

Even though Wilson called the president to apologize, Democrats say the congressman should return to the scene of the crime, as it were, and apologize publicly on the House floor.

Wilson says he most certainly will not.

Perhaps he is emboldened by the congratulations flowing into his office from people who applaud him for "speaking his mind."

I wonder if these same people will be lining up now to support every smart-mouthed kid who disrupts a student assembly? Or their own child's class because he doesn't like the lesson plan?

Will they start a defense fund for the kid who wants to wear his "legalize weed" T-shirt at graduation? Or how about all the people barred and evicted from so called "public" events in recent years because they didn't agree with President Bush's policies?

Amazing how the rules of courtesy fly out the window when, well ... when, exactly do they?

Some conservatives argue Democrats did the same thing during President Bush's term, but that dog won't hunt. While it is true that booing and cheering are now and have always been heard in the House chamber, no one can point to a Democrat who, during a public address, verbally attacked or personally vilified President Bush during a public occasion despite intense disagreement over his policies, especially on national defense.

It did not happen.

It is all the more amazing to me that the people defending this conduct no doubt consider themselves conservatives, and even — as one reporter wrote of Wilson — a gentleman and a Southern gentleman, at that.

But it is worth remembering that this so-called Southern gentleman is the same person who also attacked the biracial Essie Mae Washington Williams as participating in a "smear" [campaign] for finally revealing that South Carolina's former white segregationist senator, Strom Thurmond, was her father.

It was a fact, not a smear.

Wilson had more reason to know the truth than most, having been a Thurmond aide. And this "gentlemanly" Mr. Wilson is the same person who, in a 2002 appearance on C-SPAN, attacked his fellow representative Bob Filner as a man with a "hatred of America."

This would be the same Bob Filner who loved his country enough — or at least its citizens enough — to put his body on the line as a freedom rider and spent two months in a Mississippi jail as a result.

Can I just tell you? There are always those who will argue that civility is a distraction from the so-called real issues — not important. But whoever says that is just saying the issue at hand is not important to him or her. And that issue becomes very important when we are the targets of disrespect.

Thankfully, we have moved beyond a time when adults used to duel over a lack of respect, but one can still pick up a newspaper in an urban area on any given day and find stories about teenagers who are willing to shoot each other over it. And at the end of the day — what is civility, but according to others the respect of their office or even their humanity? — withholding that courtesy is a way of denying that the other person is who he is.

Wilson's outburst, so far outside the norms of the institution, was really just a way of saying that President Obama did not deserve the respect of his office. And why would he not?

The New York Times' columnist Maureen Dowd wrote yesterday that she had reluctantly concluded that race is a part of it, that there are those who just cannot believe that this black man is their president.

If that isn't the message Wilson wants to leave us with, then it seems to me that he should come out and say so.