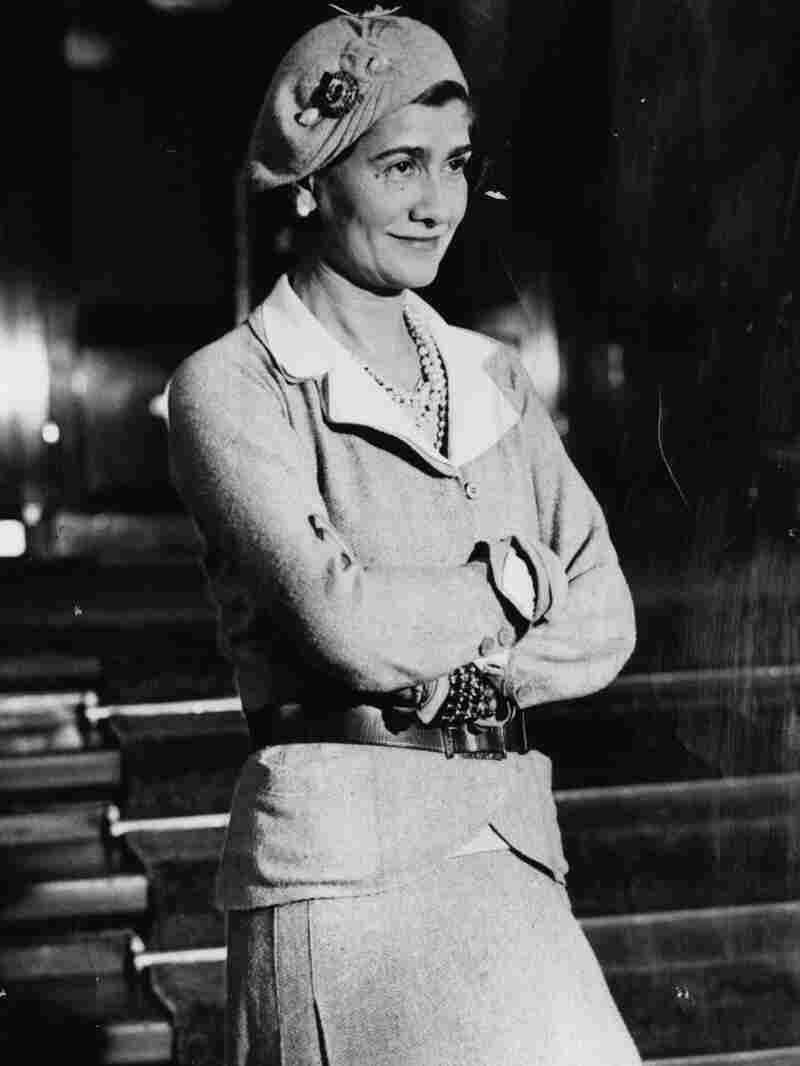 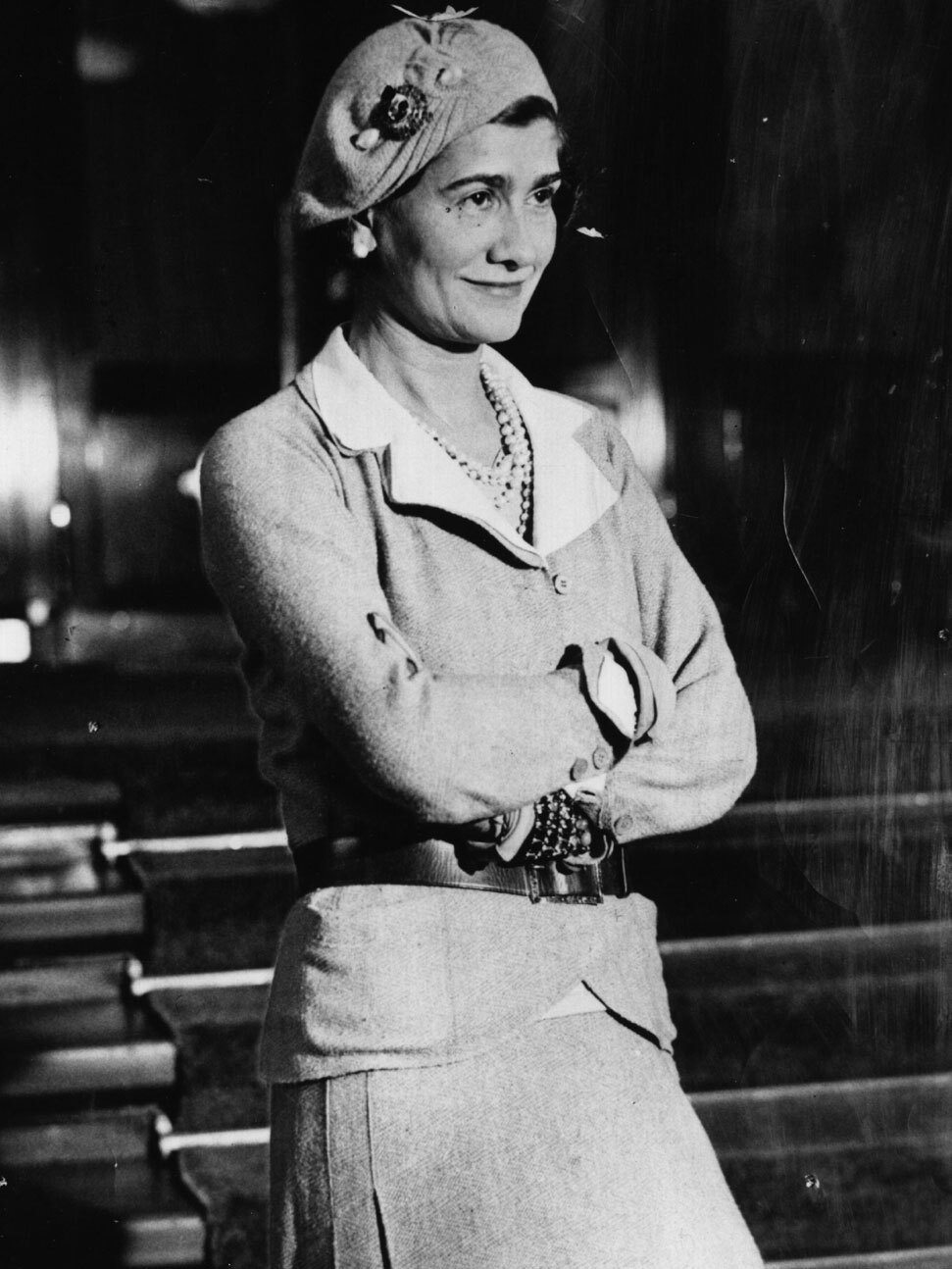 Coco Chanel became transfixed with black and white — her signature colors — growing up in an orphanage run by nuns.

As an old woman describing her beginnings, French designer Gabrielle "Coco" Chanel once said, "I was able to start a high fashion shop because two gentlemen were outbidding each other over my hot little body!"

In the new film, Coco Before Chanel, we watch as these men — and others — help transform the penniless, canny Mademoiselle Coco into the famous, fabulous designer who transformed ladies' fashion. When Chanel died in 1971, at the age of 87, she was a legend.

The film — a drama based on her real-life story — begins in 1884, when the young Chanel is dumped at a dreary convent orphanage. Her mother is dead. Her father has disappeared. Depressed and wild, the girl reluctantly learns a skill that will shape her future: She learns to sew.

"For her it's a boring activity," says Anne Fontaine, who wrote and directed Coco.

In those days, all young girls sewed. But Chanel wants to be special — and she is. Throughout the film, we Chanel, played by actress Audrey Tautou, Chanel, examine the world with a designer's piercing eye.

"It's physical," says Fontaine. "It's through the hands and through the eyes. She catches everything like that."

Bored and miserable at the convent, Chanel studies the nuns' black and white robes, becoming fascinated by the colors that would become her signature style.

"Every day, she looks at this black and white, [and] it became the fetish colors of Chanel," says Fontaine. "It was revolutionary to put a dress in black, because black ... was for the men or for the people who lost somebody."

At 18, Chanel spends her days sewing for a tailor and her nights singing — badly — in a seedy, low-class cabaret.

French actress Audrey Tautou plays Chanel in the movie Coco Before Chanel. The designer stood out from the wealthy women around her by donning dark, comfortably tailored men's suits.

At the cabaret, she meets the wealthy man who will become her first lover, then moves into his country mansion. Fontaine describes the relationship between Chanel and the gentleman as either that of a "courtesan" or — depending on how piercingly you look at it — "a whore."

Chanel soon meets Arthur "Boy" Capel, a dark and handsome British polo player who becomes the love of her life. He takes her to the sea at Deauville, where Chanel is disgusted by the fussy, elaborate fashions the women wear.

"She looks at all these women on the beach, and she says it's like she's in a pastry shop," Fontaine explains. Surrounded by beauties whose hats looks like cakes, Chanel is driven to design a trimmer silhouette. She cuts Capel's clothes down to fit her own slim, flat-chested proportions, and starts dressing more simply, in spare colors.

Other women notice Chanel's chic, beautiful style and begin to buy her clean-cut, simple clothes. Just as her gentlemen friends do, these wealthy women help create the designer who would become known as Coco Chanel.

Ultimately, Fontaine says, it wasn't Chanel's appearance or even intelligence that propelled her toward fame — it was her canny charisma.

"She had a very free personality," says Fontaine. "She was not afraid."

Chanel was a survivor, and it showed. She survived abandonment, abject poverty and the loss in a car crash of Capel, her true love. At the end of Coco Before Chanel, the 30-something designer is on the brink of fame and fortune, watching as glamorous models descend a staircase, wearing her designs. You could easily wear those clothes tomorrow — assuming you could afford them.