Accessibility links
Excerpt: 'The Teacher's Funeral' Richard Peck's novel follows 15-year-old Russell, a boy who doesn't understand the importance of going to school. But when Russell's teacher dies and his older sister takes over, she is determined to see that Russell graduates, whether he likes it or not. 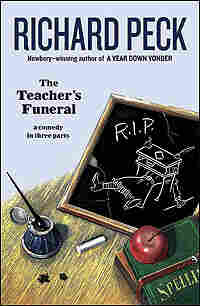 If your teacher has to die, August isn't a bad time of year for it. You know August. The corn is earring. The tomatoes are ripening on the vine. The clover's in full bloom. There's a little less evening now, and that's a warning. You want to live every day twice over because you'll be back in the jailhouse of school before the end of the month.

Then our teacher, Miss Myrt Arbuckle, hauled off and died. It was like a miracle, though she must have been forty. You should have seen my kid brother's face. It looked like Lloyd was hearing the music of the spheres. Being ten that summer, he was even more willing to believe in miracles than I was.

You couldn't deny Miss Myrt Arbuckle was past her prime. She was hard of hearing in one ear, no doubt deafened by her own screaming. And she couldn't whup us like she wanted to. She was a southpaw for whupping, and she had arthritis in that elbow, so while she could still whup, it didn't make much of an impression.

Back in the spring when she called up Lester Kriegbaum for some infraction, nothing serious, he brought a book to the front of the room and read it over her knee while she larruped away at his far end.

So when you get right down to it, if you can't hear and you can't whup, you're better off dead than teaching. That's how I looked at it.

There was always talk about shutting down Hominy Ridge School anyhow. Now that me and Lloyd saw its end might be nigh, hope broke over us. It was surely too late to find another teacher who'd teach in a place like that.

Hominy Ridge was nothing but an out-of-date, unimproved, one-room country schoolhouse in the backwoodsiest corner of Indiana. They admitted it didn't pay to keep it for just us straggle of kids who went there.

Dad was on the school board. Me and Lloyd hoped to encourage him to close down the school and drive all formal education out of this part of Parke County. For one thing, I'd been fifteen since winter and still hadn't passed the eighth-grade graduation exam.

Besides, I had me a dream, and school only stood in my way.

"Russell, will they have a funeral for Miss Myrt?" Lloyd looked up at me, wondering.

"Of course they'll have a funeral for her," I said. "Did you think they'd just feed her to the hogs?"

But I know how Lloyd thought. Regular people have funerals, but Miss Myrt was a teacher. As for a funeral, it was hot weather and the crops were in the ground and the roads were dry and the fair was over. "What else do people have to do?" I said. "They'll turn out for Miss Myrt."

"They better," Lloyd said darkly. "She's liable to set up in her coffin and take roll."

Excerpted from The Teacher's Funeral by Richard Peck. Copyright © 2004, Richard Peck. All rights reserved. Published by Dial Books, an imprint of Penguin Group (USA) Inc. No part of this excerpt can be used without permission of the publisher. 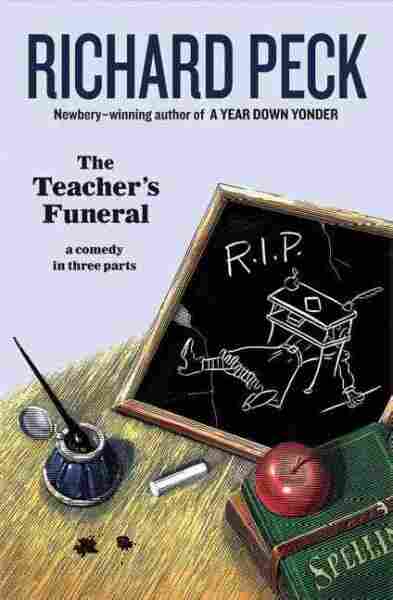