Accessibility links
Excerpt: 'Tanglewreck' Tanglewreck is Jeanette Winterson's debut novel for kids, and it grabs young readers from the first with a description of a Time Tornado swallowing a red double-decker omnibus on London's Waterloo Bridge. 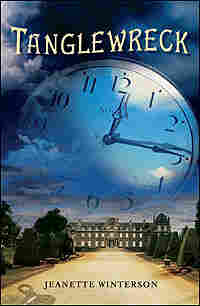 At 4:30 precisely, Abel Darkwater drove his Rolls Royce Silver Cloud through the gates of the great house called Tanglewreck.

Abel Darkwater was never late – unless he intended to be; and his watch was never wrong; unless he wanted it to be. Some people are always short of time, but Abel Darkwater had all the time in the world – well, nearly all of it – and it was the nearly that was the problem, and the reason why he had come to Tanglewreck.

He steered the big car up the long ragged driveway. He glanced at the round green dials on the dashboard. The speedometer told him he was travelling at precisely 10 mph. The rev counter registered 30 revs per minute. The luminous clock assured him that he was punctual, and the Age-Gauge steadied its hands at 1588, the year Tanglewreck had been built. Abel Darkwater had invented and fitted the Age-Gauge himself. In town it computed the age of the houses. In open countryside it could calculate the date of the limestone or the shale or the clay, and he knew what dinosaurs would have roamed there once, or what desperate hunters had leaned over rain-driven ledges to drop a boulder on a boar.

The Age-Gauge worked on radioactive emissions – faint but traceable echoes of time. Abel Darkwater knew that all time is always present, but buried layer by layer under what

people call Now. Today lies on top of yesterday, and yesterday lies on top of the day before, and so on down the layers of history, until the layers are so thick that the voices underneath are muffled to whispers. Abel Darkwater listened to those whispers and he understood what they said.

Now he was at Tanglewreck, and the house was telling him the beginning of its own past – the day when it was a young house new-made. When Now was Then and Then was Now. He was curious to hear more, but he had come here today on business, and he must not keep that business waiting. He pulled up outside the black and white timbered house, and switched off the engine. The dials fell back to zero. He heaved himself slowly out of his car, and consulted his heavy gold pocket watch: the hour hand marked four. The minute hand thirty-five past the hour. The second hand moved swiftly from forty to fifty. The fourth hand, in red, like a warning, pointed towards eleven o'clock. Abel Darkwater looked up, following the direction of his watch. Sure enough, there was a face at the window. It drew back. He smiled, though you would not call such a smile pleasure or kindness, and then he raised the door-knocker in the shape of an angel. 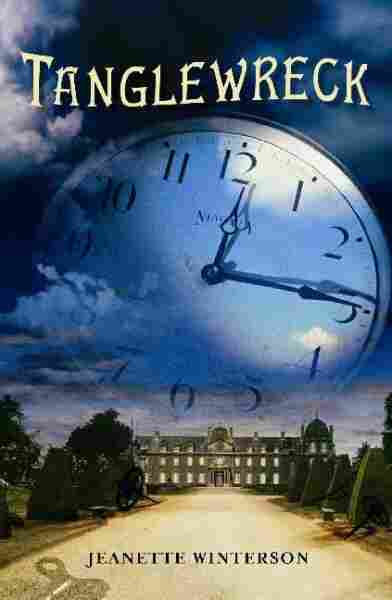