Mayer Hawthorne is the "soul name" of Andrew Cohen, a former hip-hop DJ from Detroit who's been reborn as an L.A.-based R&B love man. His debut, A Strange Arrangement, is the latest soul album to mine the golden era of Motown, Stax and other '60s and '70s labels. For those who find retro-soul too mired in the past, A Strange Arrangement won't likely change your mind; when Hawthorne channels the sound of Motown's Studio "A," his gestures are obvious — too much so at times. Yet as trite as it may sound, there's a timeless appeal to many of his songs, especially the grooving ballads that have brought him the most acclaim. 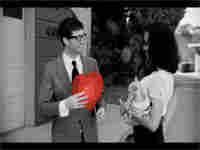 Watch the video for 'Just Ain't Gonna Work Out.'
courtesy of the artist 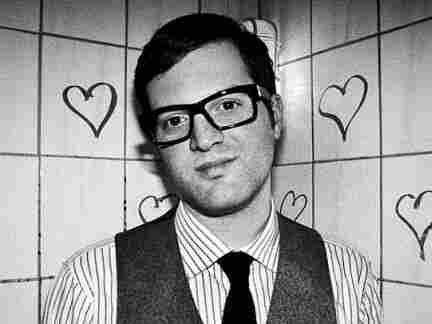 Mayer Hawthorne's new album shows promise, but doesn't live up to the work of other retro-soul artists like Sharon Jones, Lee Fields and Amy Winehouse. Courtesy of the artist hide caption

Hawthorne does all the heavy lifting on this album — not just writing and arranging the songs, but also playing most of the instruments, recording all the singing (he's his own back-up singer, too) and then assembling everything in his bedroom. It's an impressive creative feat, though it must be said that the weakest link in that chain is Hawthorne as a singer. His thin, reedy falsetto (his best voice) and affect-less tenor are pale shadows of the powerful, arresting pipes of other retro-soul artists such as Sharon Jones, Lee Fields or Amy Winehouse.

Hawthorne's real gifts lie in his songwriting. His most memorable songs — ballads such as "Just Ain't Gonna Work Out," "I Wish That It Would Rain" and "Green-Eyed Love" — recall the deceptively simple, catchy charm mastered by Brill Building wordsmiths. They convey an earnestness that cynics often confuse for naivete. But if you've ever called a request line to make a dedication, the sentiment feels richly familiar and reassuring.

Hawthorne is less successful with up-tempo numbers that trespass from riffing on a style to blatantly imitating it. Songs like "The Ills" and "Make Her Mine" are original compositions, but they're so obviously based on The Impressions and The Miracles, respectively, that they flirt with revue-band territory.

It's worth remembering that Mayer Hawthorne only really came into existence a year ago — and, even then, by accident more than design. In a relatively short amount of time, Cohen put together both an alter ego and an album from scratch, and his debut suggests that he's still feeling out that new persona. Despite some of its unevenness, A Strange Arrangement portends a promising future as Hawthorne grows out of other artists' styles and into his own.