Accessibility links
In N.Y., Cheesecloth And A Scaled-Back Fashion Week Sally Singer, the fashion news and features editor of Vogue, says that she's seeing more "humble fabrics" on the runway this year, including linen, T-shirt jersey and, yes, even cheesecloth. 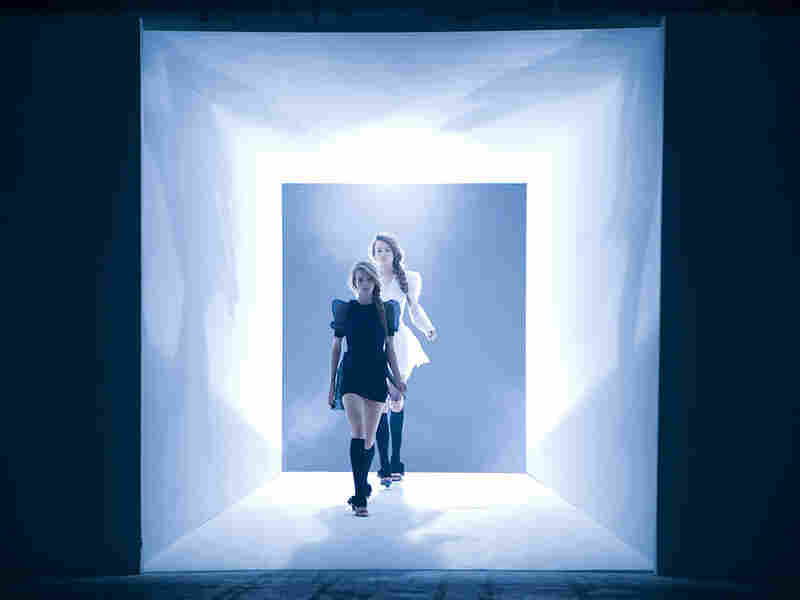 Get a survey of runway shows, along with trends, celebrities and more at New York Fashion Week.
Charles Sykes/AP

Sally Singer, the fashion news and features editor of Vogue, has been taking in the scene at New York's Fashion Week, and while she tells Renee Montagne that she hasn't seen a direct manifestation of our current economic climate, she has noticed a few key differences on the runway this year.

"Designers are trying to figure out what will motivate their customers and new customers to shop," she says. For some designers, this means playing to their core strengths by creating basic, "reassuring clothes that look like real clothes." Other designers, meanwhile, take the opposite approach, creating clothes that seek to "do something fabulous" and "have the shock of the new."

Singer notes that designers have also been scaling back by turning to "humble fabrics," including linens, T-shirt jersey and even cheesecloth, which, she explains, "used to be used in a lot of Hollywood costuming."

I'm always looking to see where our lifestyles are going, and how fashion is going to go there first and get us there.

She adds that the designs on display in New York tend to mix style and utility. Case in point: She's seeing fewer "skyscraper" heels and more shoes that will allow their wearers to move efficiently though the city.

"I'm always looking to see where our lifestyles are going, and how fashion is going to go there first and get us there. ... Right now, a kind of efficient approach to dressing with some humor to it and with ... a shoe that doesn't kill you to walk in is a very, very good thing," she says. 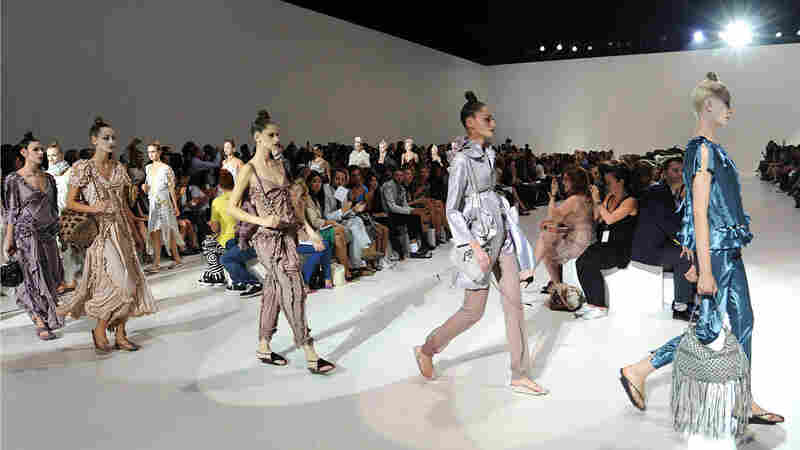 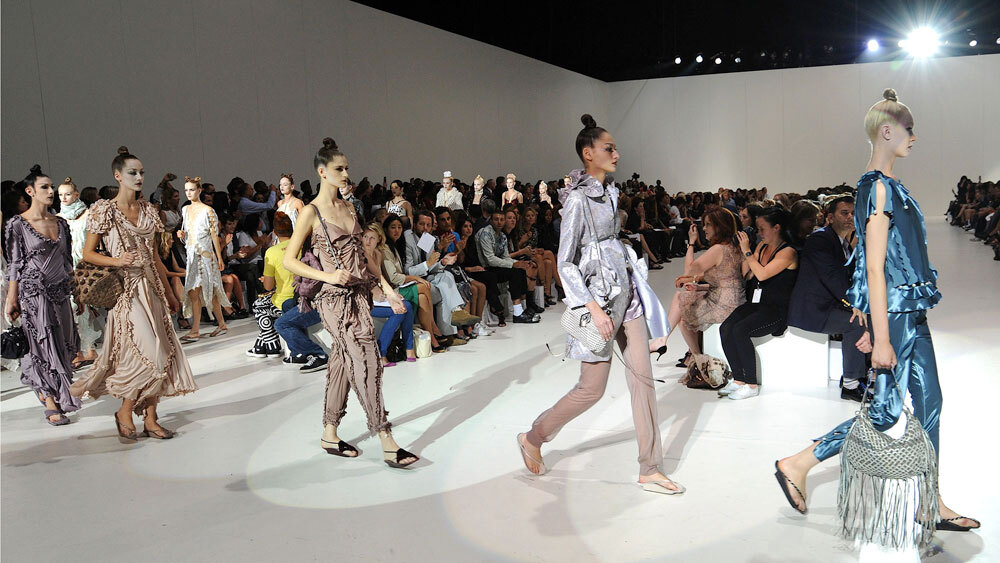 Models at Marc Jacobs walk the runway in flat shoes.

Overall, Singer says she's noticed a "slight contraction" on the scope of the media circus that is New York's Fashion Week: "I don't know if that's because in this economy it's expensive and ill-advised for designers to mount the shows of the kind of scale that they used to do, or if they've realized that it doesn't get them that much.

"The question of whether the runway shows are worth the effort, the time and, more importantly, the money is something that designers are openly talking about," she says.