Accessibility links
Study: Gender-Bending Fish Widespread In U.S. A survey of "feminization" of fish finds that a large percentage of male bass are producing egg cells. Scientists suspect this abnormal phenomenon is the result of synthetic chemicals in water that mimic the behavior of female hormones. 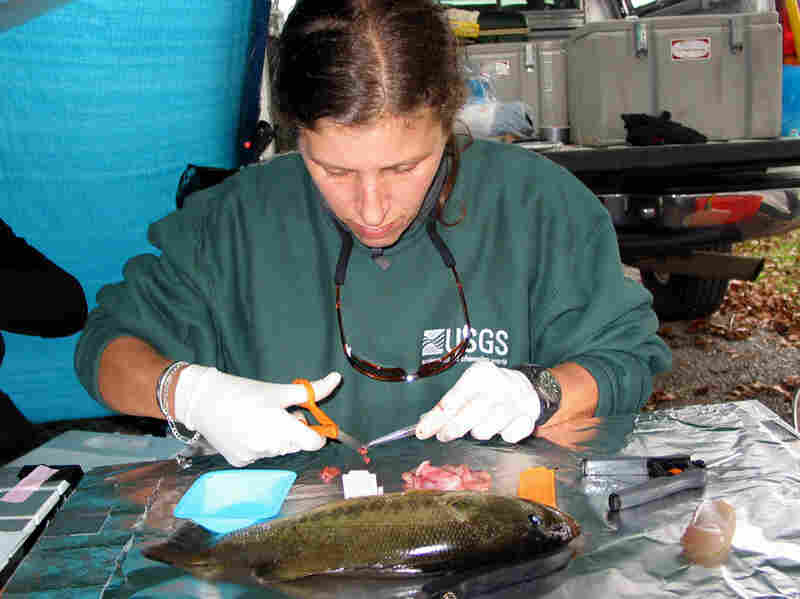 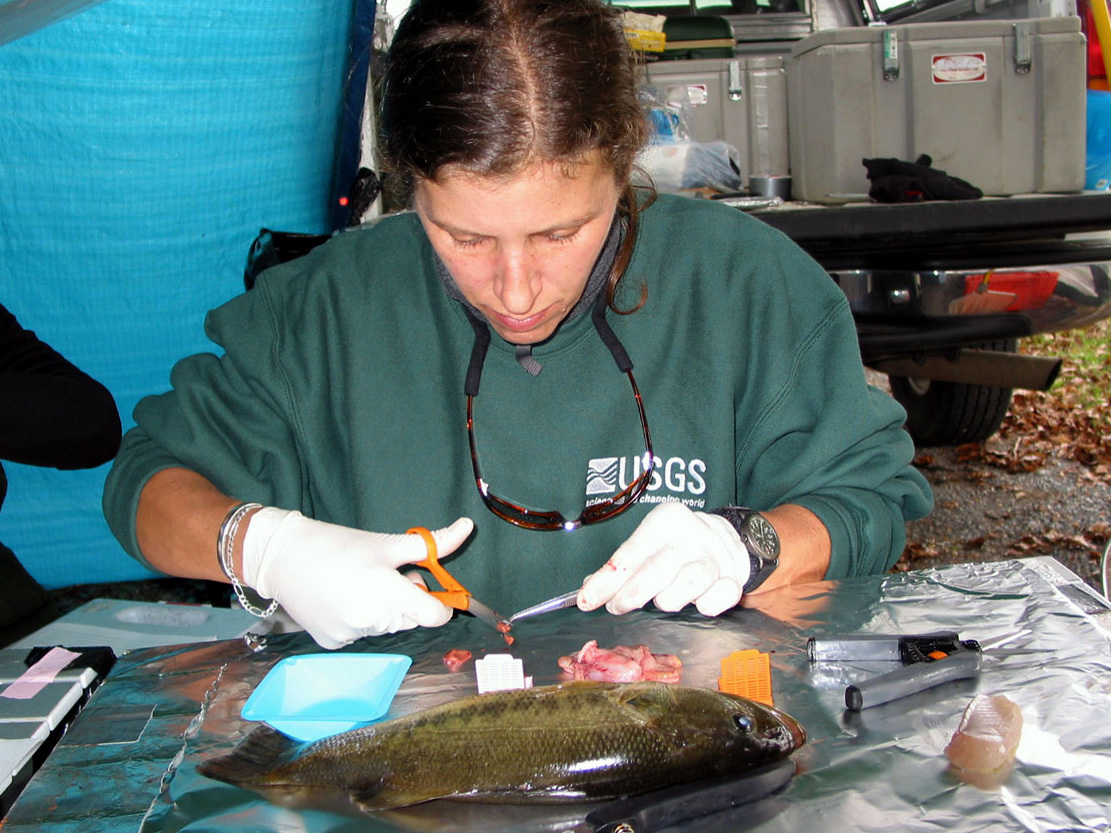 A survey of fish in rivers and streams around the country shows that a large percentage of male bass have acquired feminine characteristics.

Scientists say it's the biggest survey of this gender-bending condition in U.S. waters. And while they can't be sure of the cause, they suspect industrial and pharmaceutical chemicals are the culprit.

Jo Ellen Hinck of the U.S. Geological Survey spent nine years catching fish to see if there was anything strange about their gender. Gender changes in male fish are not new, but its cause has puzzled scientists.

"Our work is really the first to show the widespread occurrence of intersex in fish across the United States," Hinck says. "Intersex" in this case means a male fish having immature egg cells growing in its testes.

Intersex Most Common In Bass

Hinck's team tested fish from 111 different sites across the U.S. and found the problem was worst in largemouth and smallmouth bass, a popular species for recreational fishing. 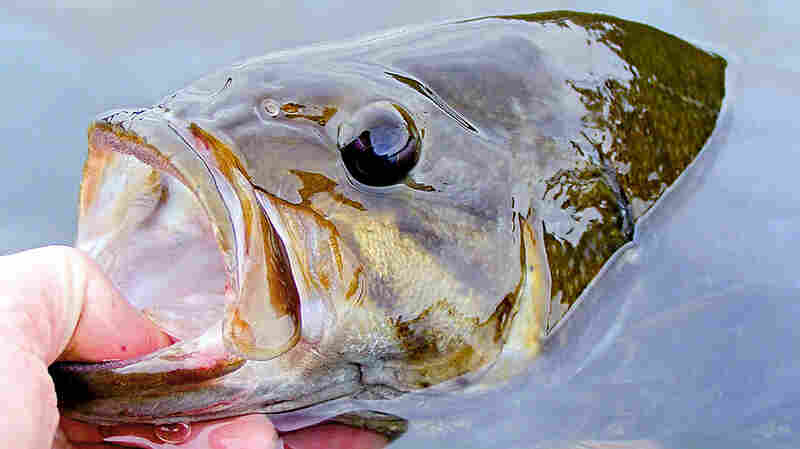 A smallmouth bass caught on a lake near Ely, Minn. One-third of smallmouths surveyed by the USGS showed signs of intersex. Sam Cook hide caption 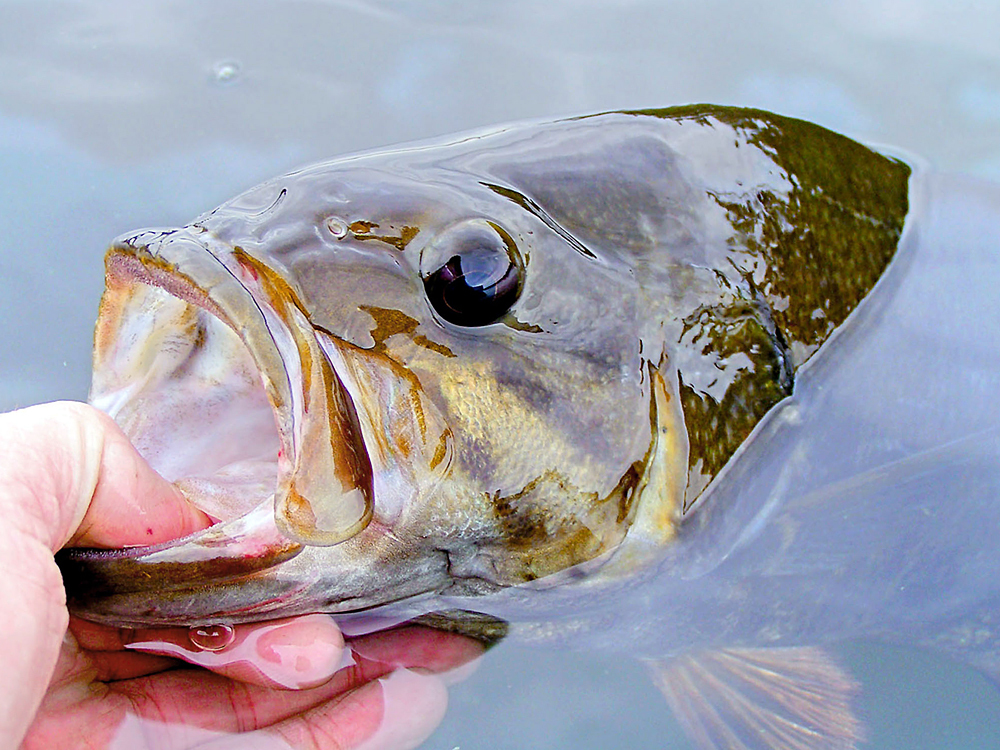 A smallmouth bass caught on a lake near Ely, Minn. One-third of smallmouths surveyed by the USGS showed signs of intersex.

"Thirty-three percent of the smallmouth bass that we examined across our whole study were found to have intersex, and 18 percent of largemouth bass," Hinck says.

In regions of the southeast, 70 to 90 percent of the fish were found to be intersex. Only in Alaska's Yukon River in were fish completely free of the condition. "When we're up with the majority of fish showing this condition," the biologist says, "we don't believe that's normal and we do need to answer those questions as to what is the cause."

And that's hard to nail down. Scientists have wondered whether it's something in nature like changes in water temperature or acidity, or something genetic about some kinds of fish.

But experiments in laboratories point to certain chemicals, especially a group loosely called "estrogenic compounds." These mimic the behavior of natural sex hormones — estrogens — in the body. These can come from pharmaceuticals like birth control pills, or agricultural runoff loaded with pesticides, as well as an ingredient in plastic.

Seeking Out The Source

David Norris is an endocrinologist at the University of Colorado who has been looking back in time to see when all this started. "We have an analysis of museum specimens from 50 to 100 years ago, and if you examine them, we find that there's no evidence of any intersex," says Norris.

Norris says there's some evidence that this gender-bending may hamper the ability of fish to reproduce. But there's no evidence that these fish are unsafe to eat. He says the chemical quantities measured in waterways apparently aren't causing harm to humans.

Nonetheless, he says he'd like to see fewer of them in the environment.

That could be pretty difficult. Researchers keep turning up more of these sex-altering compounds. Paige Novak is an environmental engineer at the University of Minnesota who says there is probably no single cause of the phenomenon.

"There are probably a huge number of chemicals, some of which we haven't even thought of yet, that could cause some of these problems," Novak says.

For example, she's just discovered that factories that make biodiesel fuel produce a natural estrogen from plants. These "phytoestrogens" behave the same way as synthetic ones, though they may be less potent. They even make fish less aggressive.

Novak says that's no reason to limit biodiesel production. But like other scientists, she says these chemicals probably should be reduced in waterways.