Accessibility links
Tavern On The Green: A Bankrupt Dynasty Falls Between posh finger foods and tourist grub you eat with your hands sits Tavern on the Green, one of New York City's most recognized restaurants. On Sept. 9, the restaurant filed for Chapter 11 bankruptcy. Food writer Kelly Alexander reflects on the high-class treatment Tavern gave all its clientele.

Tavern On The Green: A Bankrupt Dynasty Falls

Tavern On The Green: A Bankrupt Dynasty Falls 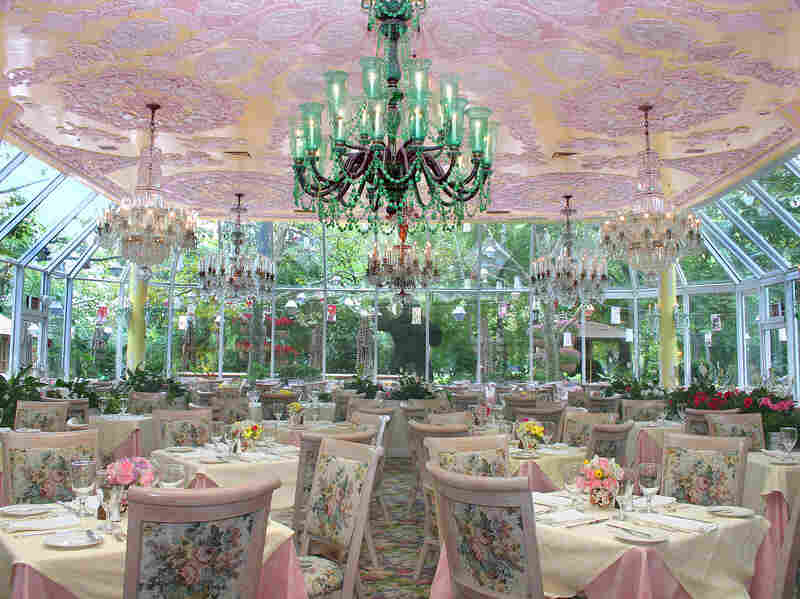 The Crystal Room at Tavern on the Green. Courtesy of Shelley Clark hide caption

"Decorating your home for the holidays may seem like a daunting task, but imagine having to transform a landmark Central Park restaurant, complete with six dining rooms, into a winter wonderland."

This was the first line of my first published article. The magazine was Food & Wine, the issue was December 1995. The restaurant was, of course, Tavern on the Green.

Although a version of the restaurant had existed since 1934, Tavern was never more than a cafeteria run by various restaurant operators until Warner LeRoy, son of The Wizard of Oz producer Mervyn LeRoy, bought it in 1974. LeRoy's lease, which had been with the city, runs out this year, and a new agreement could not be reached between LeRoy's descendants and the city.

Now the LeRoy dynasty is coming to an end. On Sept. 9, Tavern on the Green filed for Chapter 11 bankruptcy protection.

Tavern on the Green meant a lot to New York, but even more to American dining in general. More than half a million people dined there each year, but Tavern on the Green was never about food. Over the years, some wonderful chefs passed through its kitchens — among them the late, great Patrick Clark, the first African-American to man the range at a restaurant of such caliber — and some not-so-talented folks, too. Regardless, the food was serviceable. I liked a chicken potpie that used to be on the brunch menu.

Irreplaceable, though, is the restaurant's attitude. At best, dining out is magical, and that's what Tavern delivered.

First, there was the setting. There are 67 chandeliers in the tavern, including about one dozen exquisite antique chandeliers in the Crystal Room; it was spectacular. Even more crucial was the way you were treated. Manhattan may be the dining capital of the country — and even the world — but it is known for the exclusivity of its top restaurants.

The Waverly Inn, today's hot new joint, even has an unpublished private phone line so cognoscenti can make reservations. At the venerable Le Cirque, your water glass may lack attention for hours, so long as Martha Stewart's and Woody Allen's are perpetually filled.

I ate at Le Cirque both when I was known as a food writer and when I was anonymous; the experiences were quite different. 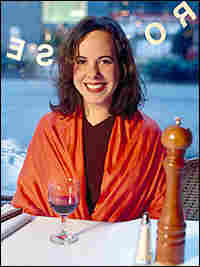 Kelly Alexander is a food writer and co-author of Hometown Appetites: The Story of Clementine Paddleford, the Forgotten Food Writer Who Chronicled How America Ate. Courtesy of Kelly Alexander hide caption

Tavern on the Green was never like that: It had a longstanding reputation as a tourist trap, but rather than be embarrassed by that designation, it flaunted it. Rather than a private reservations line, the restaurant had six full-time telephone operators to field the approximately 4,000 weekly calls. That was to make sure that, yes, just anyone could get in. It was New York for the rest of us, and New York for non-New Yorkers.

I ate at Tavern on the Green when I was known as a food writer and when I was anonymous, and it was exactly the same.

The restaurant seemed to believe it was too big, too famous and too much fun to leave anyone out.