Accessibility links
In White House Ceremony, A War Hero Honored President Obama will present the Medal of Honor to the family of Army Sgt. 1st Class Jared Monti at a ceremony in the East Room of the White House. It is only the second Medal of Honor awarded for service in Afghanistan after nearly eight years of fighting. Monti, a 30-year-old from Raynham, Mass., died in June 2006 trying to save one of his soldiers during a Taliban attack. 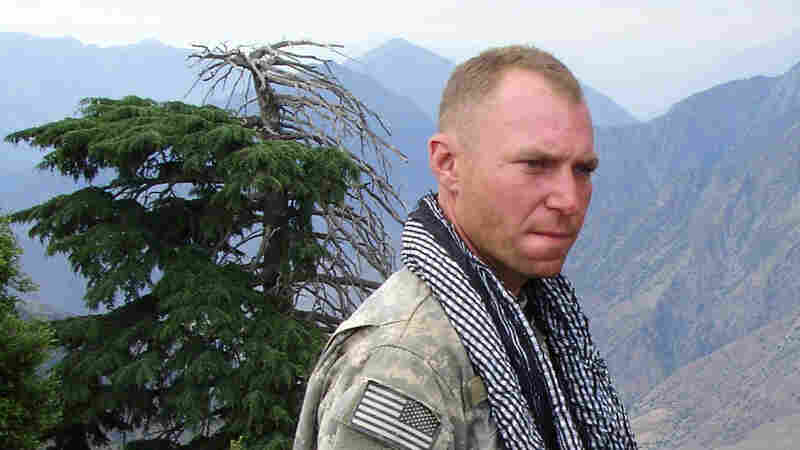 Army Sgt. 1st Class Jared Monti of Massachusetts (shown here in the mountains of Afghanistan) will be awarded the Medal of Honor posthumously for his actions on June 21, 2006, in which he gave his life trying to help another soldier. Courtesy of 10th Mountain Division hide caption 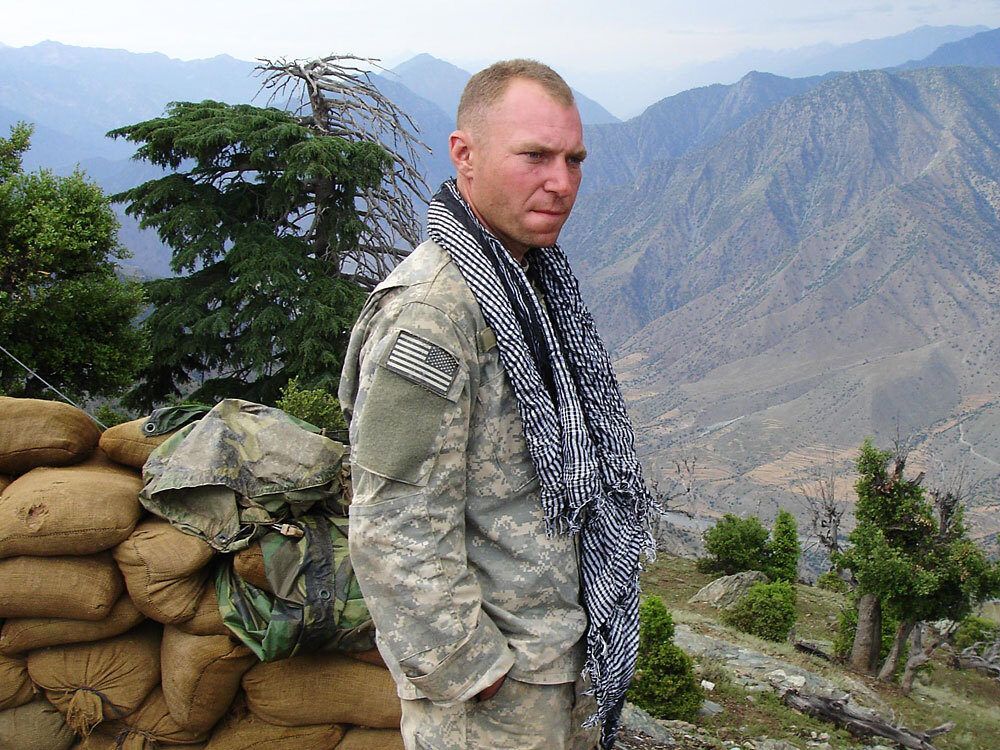 Army Sgt. 1st Class Jared Monti of Massachusetts (shown here in the mountains of Afghanistan) will be awarded the Medal of Honor posthumously for his actions on June 21, 2006, in which he gave his life trying to help another soldier.

President Obama will present the nation's highest award for military valor to the family of Sgt. 1st Class Jared Monti at a ceremony Thursday afternoon in the East Room of the White House.

It is only the second Medal of Honor awarded for service in Afghanistan after nearly eight years of fighting.

Monti, a 30-year-old from Raynham, Mass., died in Afghanistan on a June night in 2006 on a mountaintop in Afghanistan, trying to save one of his soldiers during a Taliban attack.

His parents and siblings will be accepting the award on his behalf. Invited guests will include many of the soldiers who served with Monti.

He was one of 16 soldiers from the Army's 10th Mountain Division. The unit had hiked for two days over loose shale to reach a barren ridgeline in Afghanistan, hard against the Pakistan border.

Tell my family I'm good with God and that I love them.

Jared Monti's final words before he died in battle in Afghanistan, as recalled by a comrade

They were setting up an observation post, laying the groundwork for a sweeping Army incursion into an area controlled by the Taliban.

Staff Sgt. John Hawes remembers the smell of mountain sage, and trudging along with his friend Monti, a bull of a man who was easy to talk to.

"One of the most cherished memories I have of him is the entire two-day climb up there, was all our conversations. He talked about his girlfriend back home. He talked about fishing back home off the coast in Massachusetts," Hawes says.

Monti was not so easygoing when it came to his soldiers' welfare, says Hawes. He was not afraid to step on toes to protect his soldiers.

"He had no problem going head to head with, you know, an officer" when his soldiers were caught up in minor trouble, Hawes says, or being ordered to do what Monti called "something stupid."

"Going on a patrol or taking unnecessary risk. If somebody was showing any lack of common sense, he'd put them in their place," Hawes says.

On June 21, 2006, there seemed to be little risk and few problems, until the soldiers saw a man in the valley below, looking up at them through binoculars.

Up on the ridge, the soldiers hunkered down as darkness fell in an area studded with rocks and bushes.

They heard a noise in the pine trees in front of them. Suddenly, explosions of grenades and bursts of machine gun fire erupted, recalls Staff Sgt. Chris Cunningham.

"Branches and leaves and everything just started falling all around us from all the explosions. Everyone kind of knew we had to return fire," Cunningham says.

But the attack was so intense that most soldiers couldn't lift their heads above the rocks, Cunningham recalls. He says it was like standing next to a speeding freight train.

"Constant violence just coming at you, coming all around you, you know, enveloping you," he says.

The soldiers fired at the silhouettes in the trees, just 30 yards away. Other Taliban fighters were higher up the slope, throwing grenades at the Americans.

But the mortar fire fell far behind the Taliban force, exploding harmlessly. That's when other Taliban fighters crept toward them.

"They got close enough to where you could hear them whispering," Cunningham remembers.

Within minutes, one American soldier was dead, another was wounded, and a third was missing.

The missing man was Pfc. Brian Bradbury. The soldiers started yelling for Bradbury.

"And Bradbury answered us from the far end of our position nearest the enemy," Hawes recalls.

From behind a tree stump, Cunningham yelled that he would go get Bradbury. But Monti said no.

Cunningham saw Monti dash from behind the safety of the rocks toward Bradbury, just 20 feet away. The other soldiers laid down covering fire.

Monti was hunched over as he ran, the men recall, and moving fast. About halfway to Bradbury, enemy fire increased, forcing Monti back a bit, behind a stone wall.

Hawes said that Monti made a second attempt as he was again forced back by the incoming gunfire.

Monti rose a third time, recalls Cunningham, but soon disappeared in a cloud of smoke and dust. "All I saw was the explosion behind him," he says.

Moments later, Hawes and Cunningham could see Monti crawling back toward them. He screamed out that he had been hit.

Unable To Save The Hero

"And he kept on saying, 'Cunny, come get me, come get me.' And it really wasn't that long at all," Cunningham remembers.

Monti was only a few feet away, but Cunningham couldn't get to his friend. The Taliban fire was still too intense, he says.

He watched as Monti grew more serene. "I just remember he said in a clear voice, very calm: 'Tell my family I'm good with God and that I love them.' "

Soon, American warplanes dropped bombs, and the Taliban force retreated. An hour after it began, the battle was over.

The soldiers wrapped Monti in a poncho, and Cunningham stood over him and said the Lord's Prayer. A helicopter came to pick up the dead and wounded.

And just before dawn, the surviving soldiers made their way back down the mountain.