Accessibility links
Will The Global Economy Learn Its Lesson? One year after the global economy crashed, a terrifying question remains: What are the chances the world will go through this all again? The answer all depends on whether we learn the proper lessons from the financial crisis — and apply them. 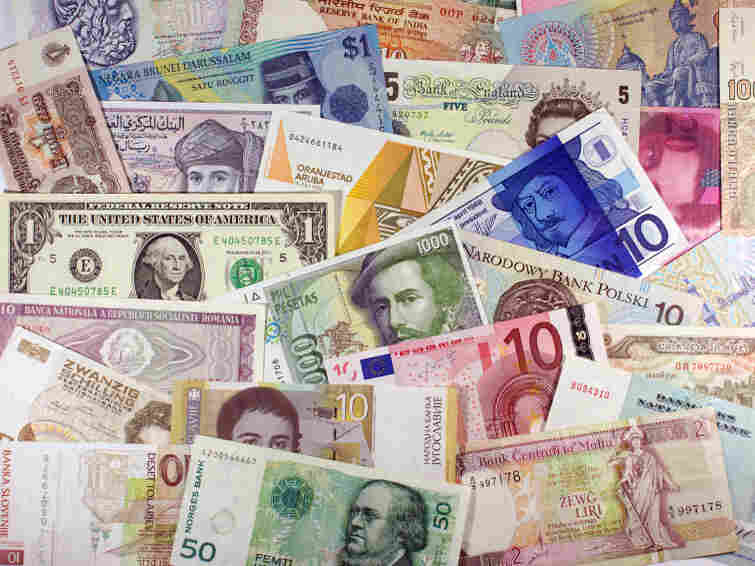 Will the governments of the world dare tell their citizens that to avoid another global crisis, they will have to take bitter medicine? iStockphoto.com hide caption

One year after the global economy crashed, a terrifying question remains: What are the chances the world will go through this all again?

The answer depends on whether we learn the proper lessons from the financial crisis — and apply them.

Economists generally agree that one basic problem was that the global financial system had become unstable and, therefore, vulnerable to a meltdown. The world economy was out of balance. Countries with the big trade surpluses, like China and Germany, had too much money to spare. They lent it to countries with big deficits. The lending and borrowing got reckless.

"It was like a giant Ponzi scheme," says finance expert Satyajit Das. "And everybody was walking around enjoying the prosperity. But it was inherently an unstable system."

To avoid another crash, economists say, the global economy has to be rebuilt on a more balanced basis, with more discipline by both lenders and borrowers: Growth can't be based so much on debt.

But here's the problem: To avoid a worldwide depression, the United States and other countries in the short run did exactly the opposite of what they needed to do for the long run. Reckless spending got us in trouble, so what did governments do to get us out? They increased their spending, even as consumers were cutting back.

"What they're doing," Das says, "is racking up a heck of a lot of money on their credit card rather than on yours and mine."

And not just in the United States. "The general reaction has been to deal with the short term first and worry about the longer term later," says Eswar Prasad of Cornell University and the Brookings Institution.

The big players in the global economy — the United States, China, Japan, the Europeans — all felt they had no choice but to take dramatic short-term steps to revive the global economy, Prasad says. But that left the long-term needs unmet.

"In the process of climbing out of the hole that we dug ourselves into, we have put off some of the pain for the future," Prasad says. "As difficult as it has been getting through this crisis, I think the reality is that a lot more adjustment will have to come."

In the United States, we borrow from China and other countries to finance our excess spending. But the more we borrow, the more we drive up interest rates. The dollar then gets overvalued. Foreign goods get cheaper. U.S. goods get more expensive. We import more and export less and the trade deficit goes up.

If we paid more of our own way, we wouldn't need to borrow so much. It would be easier to trim our trade deficit. But at the moment, we're headed in the opposite direction, according to the Peterson Institute for International Economics in Washington.

"We've done projections that show the trade deficit is going to get much, much larger again and go back to unprecedented levels — unless we bring the budget deficit under control," says Fred Bergsten, the institute's director.

Will We Swallow Bitter Medicine?

Economists say the United States needs to sell more goods abroad and import less, while China and Germany export less and import more. This can happen only if the dollar goes down in value. But this adjustment would be painful for all sides, including those Chinese and German workers who currently produce goods for export to the U.S. and other countries.

"If you did have a fall in the value of the U.S. dollar," says Prasad, "the rest of the world would actually have to take on a very significant burden of adjustment."

Add it all up: Reduced government spending in the U.S. would mean budget cutbacks and slower growth. Restructuring the economies in China, Germany and other exporting countries could mean higher unemployment in their export industries. But will governments dare tell their citizens that to avoid another global crisis, they will have to take bitter medicine?

"The problem is, there is no political party or government in the world that wants to admit that," says Das, author of Traders, Guns and Money. "Because to go to your electorate and promise them austerity and hardship is not a vote-winning strategy."

Even self-declared optimists like Bergsten of the Peterson Institute say the United States and other governments have yet to face what they will need to do in the next few years.

"This is a very narrow tightrope," Bergsten says, "and maneuvering it just right is going to be much more difficult than the policy response to the original crisis itself."