Accessibility links
New View Of Iranian Threat Key To Missile Decision President Obama based his decision to scrap the Bush administration's European missile defense plans on a reassessment of the Iranian threat. A new intelligence assessment has Iran making much more progress on short- and medium-range missiles than the long-range ones the Bush plan was designed for. 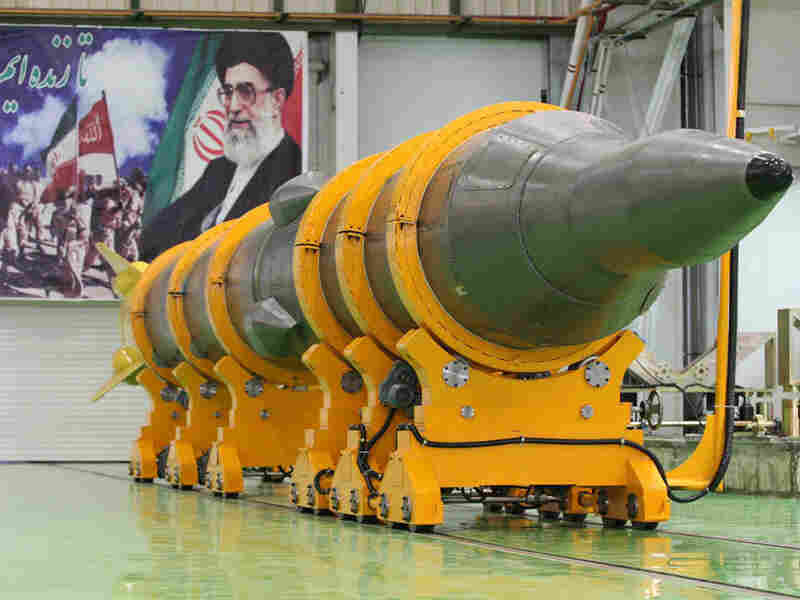 The medium-range surface-to-surface missile Sejil-2 is shown at an undisclosed location in Iran before its test-firing on May 20. AFP/Getty Images hide caption 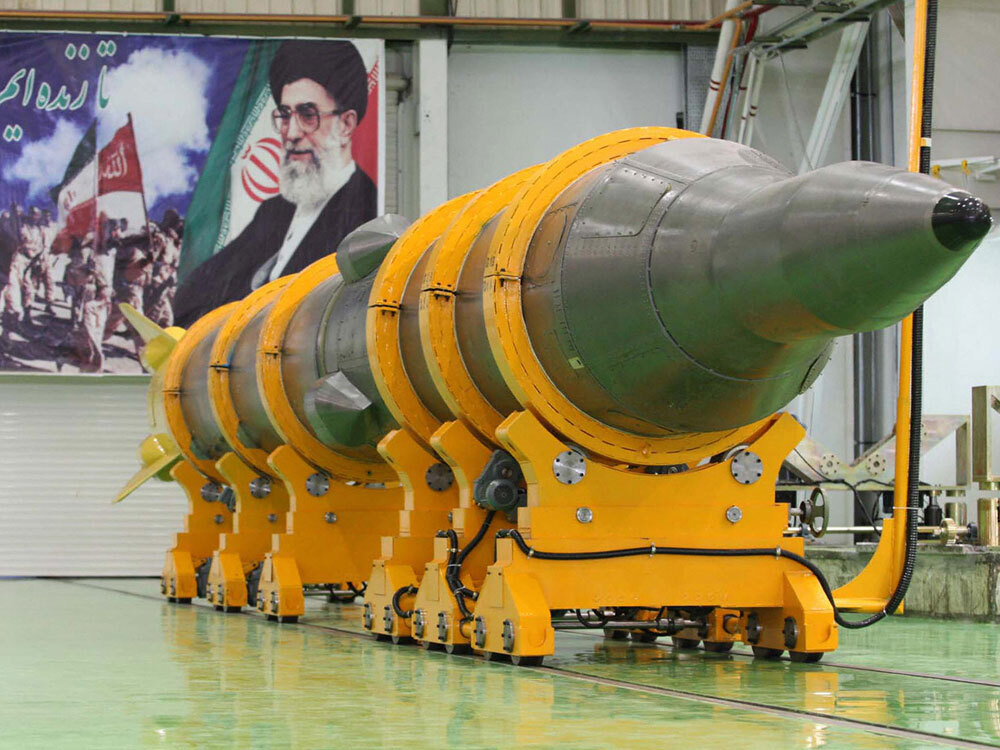 The medium-range surface-to-surface missile Sejil-2 is shown at an undisclosed location in Iran before its test-firing on May 20.

President Obama based his decision to scrap the Bush administration's European missile defense plans on a reassessment of the Iranian threat.

The Bush plan — missile interceptors and radar stationed in the Czech Republic and Poland — was based on the belief that Iran was developing long-range missiles that could reach anywhere in Europe and, in the near future, the United States.

But a new intelligence assessment has Iran making much more progress on short- and medium-range missiles.

"We have updated our intelligence assessment of Iran's missile programs," Obama said at the White House on Thursday, "which emphasizes the threat posed by Iran's short- and medium-range missiles, which are capable of reaching Europe."

Find out more about the Bush missile defense system, what Obama is proposing to do instead, and what the decision could mean.

Iran has carried out a lot of rocketry testing in recent months, including on missiles with a potential range of up to 1,200 miles. It has not yet deployed such missiles. The missiles it has deployed have a much shorter range, estimated at 200 to 600 miles.

But Iran's missile research suggests its missiles could threaten southern Europe in six to eight years, according to one recent study.

Obama underscored that his plan would not abandon Europe — it would change how Europe might be defended from this missile threat. "Our new missile defense architecture in Europe will provide stronger, smarter and swifter defenses of American forces and America's allies," he said, adding that it will also be cheaper.

The Obama plan would involve land- and sea-based shorter-range interceptors, with now-tested capabilities.

At the Pentagon, Secretary of Defense Robert Gates explained Thursday how his perceptions of the Iranian missile threat have changed since he recommended the earlier plan to President Bush three years ago.

"The intelligence community now assesses that the threat from Iran's short- and medium-range ballistic missiles, such as the Shahab-3, is developing more rapidly than previously projected," Gates said. "On the other hand, our intelligence assessment also now assesses that the threat of potential Iranian intercontinental ballistic missile capabilities has been slower to develop than was estimated in 2006."

What this means is that Iran is rapidly gaining the capacity to change what in the parlance of the Pentagon is called the missile raid size.

"We built the original system on the idea of a rogue nation threat — three to five missiles that could come from either North Korea or Iran," said Gen. James Cartwright, the vice chairman of the Joint Chiefs of Staff. "The reality is we're dealing with hundreds of missiles in the medium-range capability. And the likelihood of more than just four or five has to be considered now as we start to build this system out."

Iran has not yet deployed missiles that can reach Europe, but in the Pentagon's view, it is headed toward that capacity. Earlier this year, it did carry out a successful test of a two-stage missile using solid fuel called the Sejil-2. That has a range of about 1,200 miles, which could reach parts of Europe from Iran.

Dean Wilkening, a specialist in missile defense at Stanford University, says moving missile defenses closer to the Middle East would provide a better chance of defending Europe from missile attack.

"I believe the Polish-Czech system was designed first and foremost to defend the continental United States and secondarily to defend Europe," Wilkening said. "If you reverse the priority order and want to defend Europe first because the missile threats to Europe are going to appear sooner, the Polish-Czech architecture is not the best architecture. In fact, there are others that would provide a better defense of Europe."

Iran's currently deployed short-range missiles can reach Israel, as well as neighbors like Saudi Arabia. The missile defense system the administration is proposing now would station ship-based interceptors in the eastern Mediterranean and possibly the Persian Gulf, much closer to Iran than the planned deployments of the Bush administration in Eastern Europe.

The decision to revamp the U.S. missile defense system for Europe is driven too by Iran's progress in the enrichment of uranium and other nuclear technologies. Iran does not now possess nuclear warheads. But if it were able at some point to marry nuclear warheads to medium-range missiles that could reach Israel and Europe, the Obama administration appears intent on having a tested missile defense system in place that stands a real chance of intercepting those weapons.