Accessibility links
Medical Marijuana Arrests; Calif. Isn't Mellow Yet Dozens of people were arrested last week in San Diego on charges of illegally distributing marijuana — part of the city's crackdown on medical marijuana dispensaries. The raids show that in California, there's still plenty of disagreement over medical vs. recreational uses for pot. 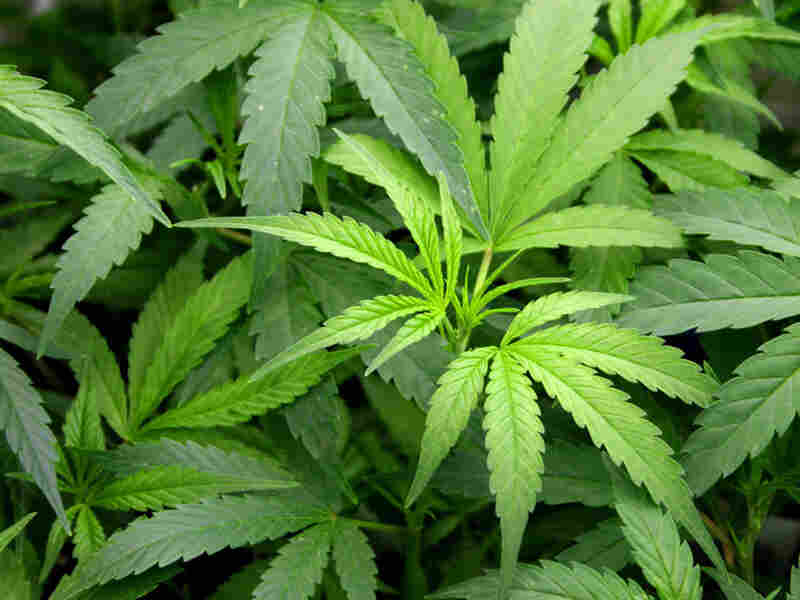 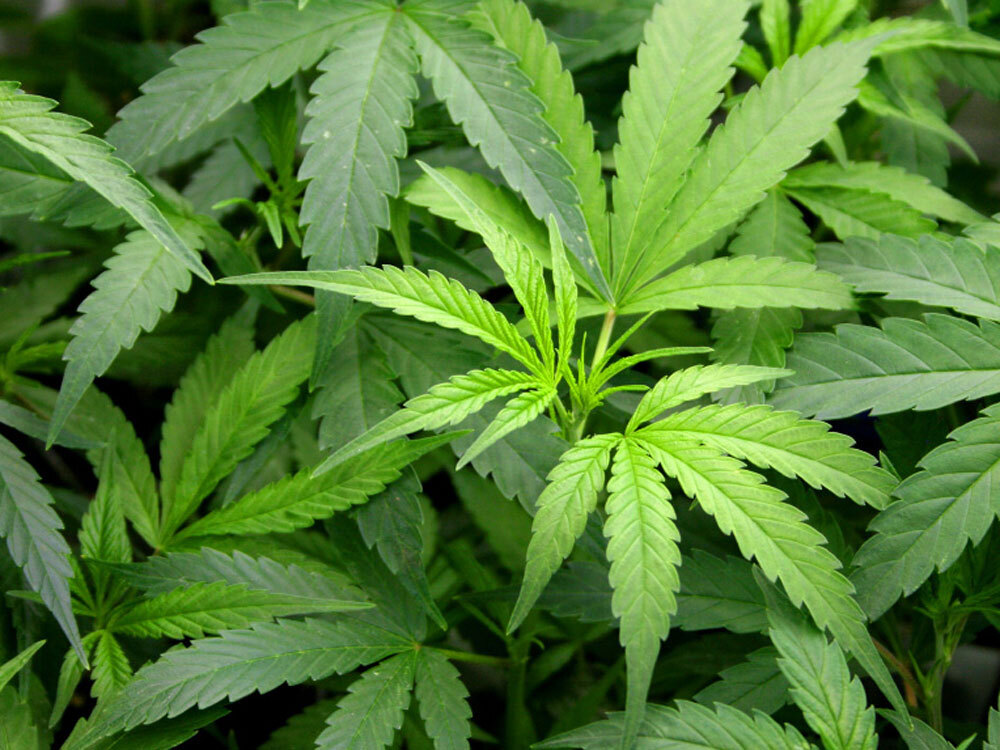 Above, a marijuana plant. Sacramento law enforcement officials are cracking down on medical marijuana dispensaries.

More than 30 people were arrested last week in San Diego on charges of illegally distributing marijuana — part of the city's crackdown on medical marijuana dispensaries.

California was the first state in the nation to legalize pot for medical use, back in 1996. But in the past year, the number of dispensaries all across the state has increased dramatically because of a relaxation in enforcement by the federal government.

Still, the recent raids in San Diego show that there's still plenty of disagreement over what's medical, and what's recreational, when it comes to smoking pot.

Mission Boulevard runs about a block from the Pacific Ocean and through the community of Mission Beach in San Diego. Until last week, it was home to the Green Cross Collective, a medical marijuana dispensary.

Now, that business has closed down and its owners face charges of illegal drug sales. Police responded to complaints from neighbors like Kat Ohlman.

"There was a time I was having dinner and one of these cars parked underneath my window," Ohlman says. "And it was a group of people who were talking about how they were anxious or couldn't wait for so-and-so to get back so they could get really messed up."

Green Cross Collective was one of 14 marijuana dispensaries shut down in San Diego County earlier this month. District Attorney Bonnie Dumanis says the undercover investigations that led to the raids revealed that these dispensaries were not medical at all.

"These so-called businesses are not legal," says Dumanis. "They appear to be run by drug dealers who see an opening in the market and a way to make a fast buck."

Most people would say that the last battleground for medical marijuana is San Diego.

Attorney Patrick Dudley, who has represented people accused of illegal use of medical marijuana

Under California law, medical marijuana dispensaries must be nonprofit collectives. The pot is supposed to be grown and used only by members of the collective. Marijuana users must have a doctor's recommendation.

Dumanis said raids of the 14 dispensaries turned up guns and lots of cash. Financial records at one shop showed sales of $700,000 in six months. Police say the dispensaries were selling to anyone who walked in the door, a practice not in line with the spirit or the letter of the law.

"This was something that was sold the electorate as a proposition that was going to help those that were grievously ill," said Steve Walter, assistant district attorney. Walter says Proposition 215, which legalized medical marijuana in California, has become a bit of a joke. "I think the vast majority of people who are doing this are just doing it to get high," he said.

A History Of Conflict

San Diego County officials have a history of being uncomfortable, to say the least, with the legal sale of marijuana. The county Board of Supervisors filed suit to block the requirement that the county offer legal protection to medical marijuana users — pursuing the case all the way to the U.S. Supreme Court. Last May, they lost when the Supreme Court refused to hear their case.

San Diego attorney Patrick Dudley has represented people accused of illegal use of medical marijuana. "Most people would say that the last battleground for medical marijuana is San Diego," says Dudley.

Dudley says San Diego law enforcement has shown no inclination to help dispensaries understand how to follow the law. Their approach, he says, is to arrest first and ask questions later.

Out Of Step With The Rest Of The State?

San Francisco has an ordinance that regulates the location of marijuana dispensaries. They cannot be located within 1,000 feet of a school.

Los Angeles currently has a moratorium on the establishment of dispensaries. The L.A. City Council is considering an ordinance similar to the one in San Francisco. If adopted, it would require many dispensaries to close.

District attorneys are charged with enforcing state laws, and Joseph Esposito, with the Los Angeles County District Attorney's office, says he does not believe that San Diego's crackdown is out of step with other California communities. He says that local officials in Los Angeles have also raided and closed approximately 40 dispensaries.

The San Diego City Council has voted to create a task force to examine ways to regulate medical marijuana storefronts. This week San Diego County voted to extend its moratorium on dispensaries in unincorporated areas until next summer. County officials say it will take that long to come up with a workable ordinance to permit and regulate the businesses.