Accessibility links
Pearl Jam, Playing A Business Deal By Ear Backspacer is Pearl Jam's first studio album since the musicians became free agents, finally fulfilling a seven-album contract with Sony. That process took 15 years. The band is now on its own, striking distribution deals with major corporations, a turnaround for the once very anti-corporate band. 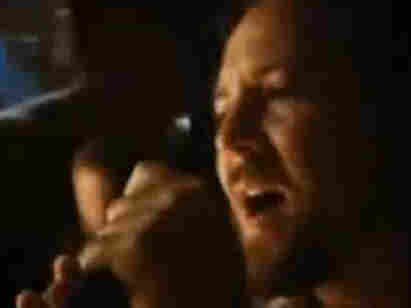 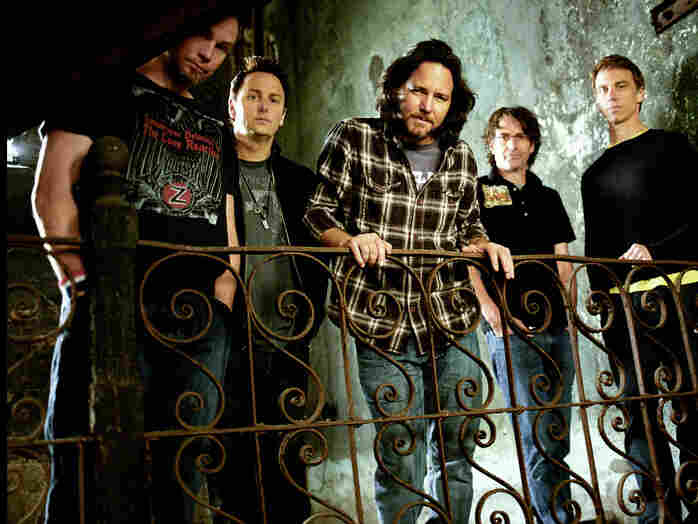 Knowing that its fans might be startled by Pearl Jam's deal with Target, the two made a deal with 800-some members of the Coalition of Independent Music Stores to sell Backspacer. Danny Clinch hide caption 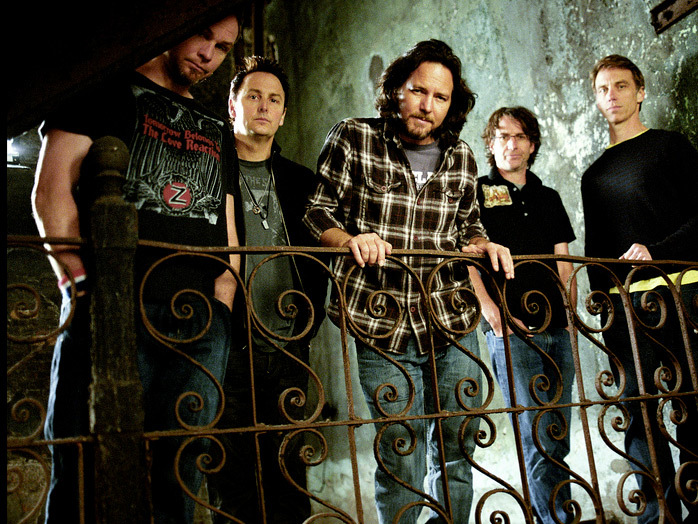 Knowing that its fans might be startled by Pearl Jam's deal with Target, the two made a deal with 800-some members of the Coalition of Independent Music Stores to sell Backspacer.

"[Sony was] shockingly bad," founding Pearl Jam guitarist Stone Gossard says. "The nature of those kind of deals is they have you for seven records but can drop you at any time."

A major label usually handles matters such as distribution and promotion, leaving the musicians to make music. But stories abound about the way labels charge the costs for such services back to the musicians, often at a hefty price. When Pearl Jam struck off on its own, it took the band's management three years of hard negotiating to cobble together an unusual coalition of retail partners. Starting Sunday, Sept. 20, you can buy Backspacer on the Pearl Jam Web site, on iTunes, on Xbox's Rock Band game, as a Verizon ringtone or at Target.

Some fans were startled by the partnership with a big-box retailer. They remember how the band used to rail against corporate interests — tearing down ad banners at concerts and fighting a losing battle with Ticketmaster over service charges. So Pearl Jam made a point of getting Target to agree that the 800-some members of the Coalition of Independent Music Stores could also sell Backspacer.

"I think it's neat both for Pearl Jam and Target that they've made a deal like this that is going to include the corner record store, where so many of us fell in love with music like Pearl Jam's," Jim DeRogatis says. He's a rock critic for the Chicago Sun Times and co-host of the public-radio rock 'n' roll talk show Sound Opinions.

DeRogatis says the partnership makes vastly more sense than one with Best Buy or Wal-Mart, with which many other high-end bands have struck exclusive deals. And it makes sense, he says, for Pearl Jam to want to get its music into as many hands as possible.

"Major labels are no longer of much use to bands of a certain level," DeRogatis says, citing Nine Inch Nails and Radiohead as others who've followed similarly label-less paths. "They can be their own corporation, selling directly to the retailers they choose to deal with."

Of course, most bands could never in a million years hope for the kind of deal Pearl Jam has laboriously worked out. The experiment may not work. But the members of Pearl Jam say they hope they'll at least learn enough to get a better sense of how to release their next album.