Accessibility links
The Price Of Perfect Pies "The nurse left work at five o'clock." She hummed, turning the pages of a thin-paged cookbook, tapping her shoe.

The Price Of Perfect Pies

The Price Of Perfect Pies 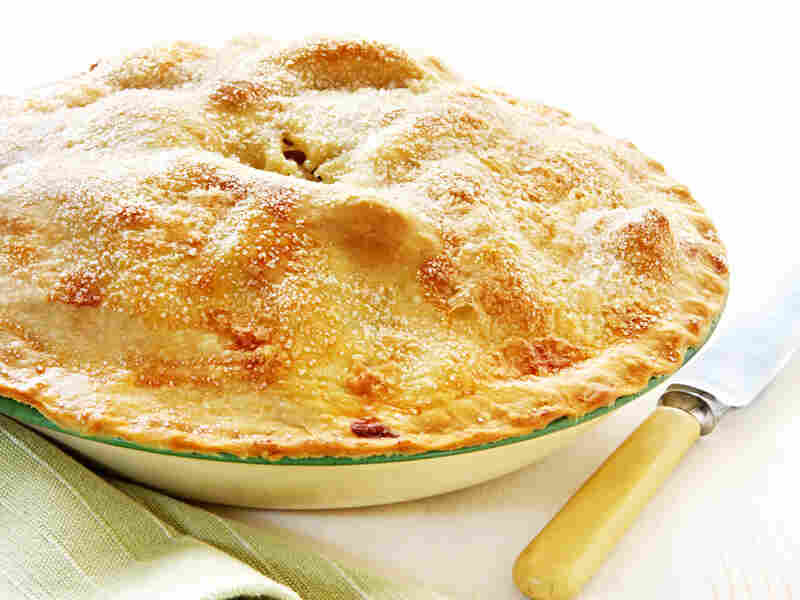 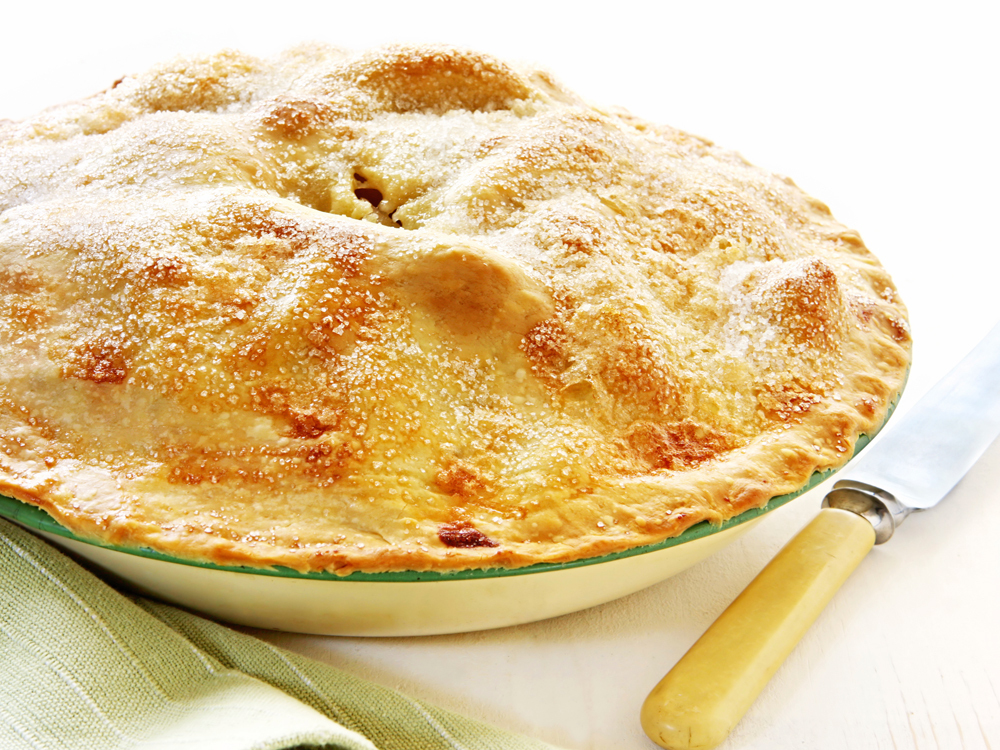 "The nurse left work at five o'clock." She hummed, turning the pages of a thin-paged cookbook, tapping her shoe.

"The nurse left work at four o'clock." She opened to a page that listed six cups of ripe, pitted apricots, pie crust, an oven at 375 then reduced to 350.

"The nurse left work at three o'clock, at three o'clock..." She stepped, her hair lifting from her face like the save-yourself bouquet limbs of an elm, toward a cabinet where small raisin boxes spilled and scattered among spice bottles and tins. A sheath of muscle pulled and thinned beneath her arm, down her side, anchored to a spot atop her hipbone. She was searching for flour and salt.

"The nurse left work at two." She felt white light like hate and tugged on the refrigerator door. A bounty of cheeses, deli meats, fresh green beans, an orange, a lemon, a lime lay before her.

"Orange. Yellow. Green. No apricot." She pulled a stick of butter out and then saw the apricots out on the windowsill, lined up like pills or shoes.

Her white hands were tender and lifted the apricots, tore them apart and dropped the stony pits in a glass cup. The halves, like new coins, like friends, fell apart and into a bowl.

Her son with short, white hair came into the kitchen, stood, wearing only pants. He noticed his mother clamp her lips. She seemed bothered, as though his presence were an intrusion.

Enough time passed that the white-haired boy rested his head on the cool wooden seat of the kitchen chair nearest him and waited. His mother's skirt and the bottom half of her blouse filled his vision horizontally. He felt lost in the blue of her skirt and breathed into his small nostrils the smell of the kitchen.

Finally, "The nurse left work at ten o'clock," she said, and the boy moved his head so his mother was again upright. Her elbows were pointed and moved to and fro as she worked at the counter. Pieces of her hair were like disturbed Canada geese flying up off a pond and into a gray, flat sky.

"Who wants sugar crust?" the blond boy heard and his stomach clenched. He knew that it was best to stay still, to wait, just in case. So he closed his eyes. He fell asleep and dreamed about his grandfather's green fields.

The warm, sweet smell of pie crust and cinnamon woke him. Browned and glistening with sugar crystals, a large piece lay next to his face. He moved his fingers around the crust and lifted it so slowly that the light changed in the kitchen as he did so. When he finally carried it out of the room and into the next room to share with his sisters, he heard his mother sniffing behind him.