Accessibility links
Plea Deal Floated In Suspected N.Y. Bomb Plot An airport shuttle driver has undergone questioning about a suspected plot to bomb transportation targets in New York City. He has not been arrested or charged, but law enforcement officials tell NPR a plea arrangement has been discussed. 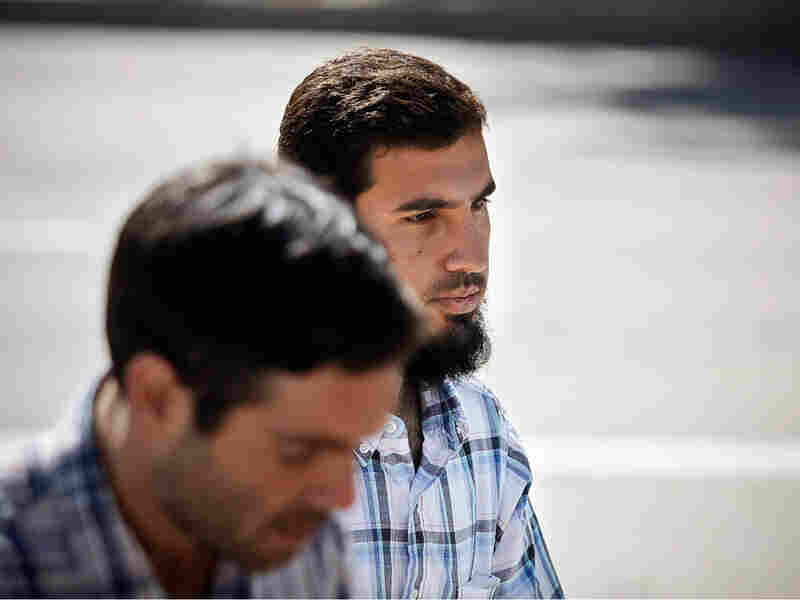 Najibullah Zazi, 24, arrives at the federal building in downtown Denver on Thursday. The FBI has been questioning Zazi about a suspected plot to bomb transportation targets in New York City. Marc Piscotty/Getty Images hide caption 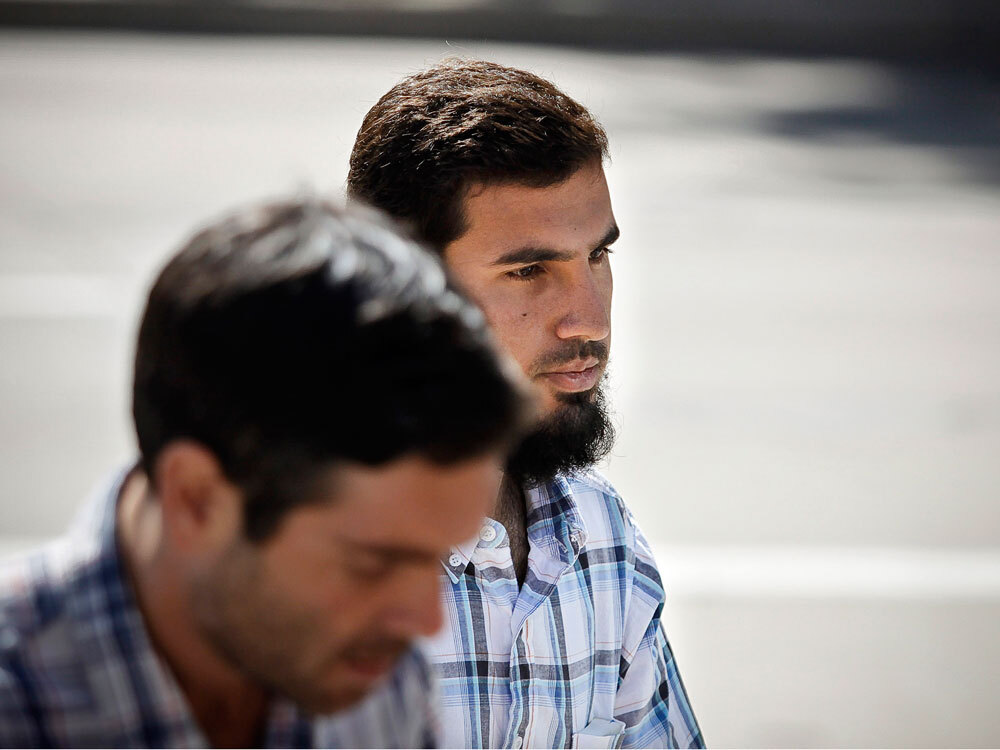 Najibullah Zazi, 24, arrives at the federal building in downtown Denver on Thursday. The FBI has been questioning Zazi about a suspected plot to bomb transportation targets in New York City.

An airport shuttle driver at the center of an investigation into a suspected plot to bomb transporation targets in New York City called off his scheduled meeting with the FBI Saturday. He was scheduled to go into the FBI's Denver offices for a fourth day of questioning when he opted instead to huddle with his lawyer to discuss his case.

A spokesperson for his lawyer told The Associated Press that the man, Najibullah Zazi, hadn't ruled out more talks with the FBI. He just cancelled Saturday's meeting.

Officials close to the case told NPR that Zazi has admitted to ties to al-Qaida and has been discussing a possible plea on criminal terrorism charges. On Friday, two senior law enforcement sources told NPR that Zazi admitted he had explosives training at an al-Qaida camp in Pakistan. The two officials said that Zazi's lawyer had floated a deal in which Zazi would plead to a lesser terrorism charge and cooperate with investigators. Last night, a spokesperson for Zazi's lawyer confirmed negotiations were underway but did not characterize what they were about.

Since police began questioning Zazi on Wednesday, his lawyer had maintained that his client was caught up in a case of mistaken identity. Zazi's lawyer says that no plea agreement had been formally offered. 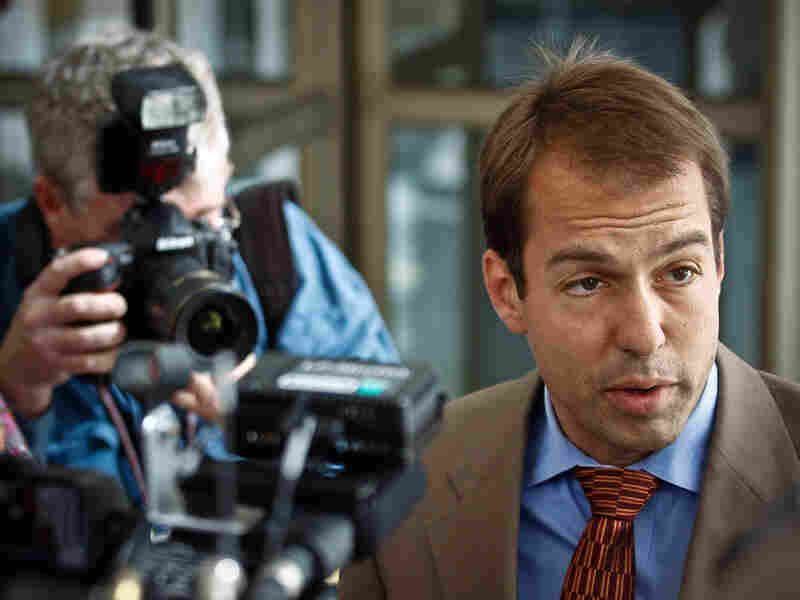 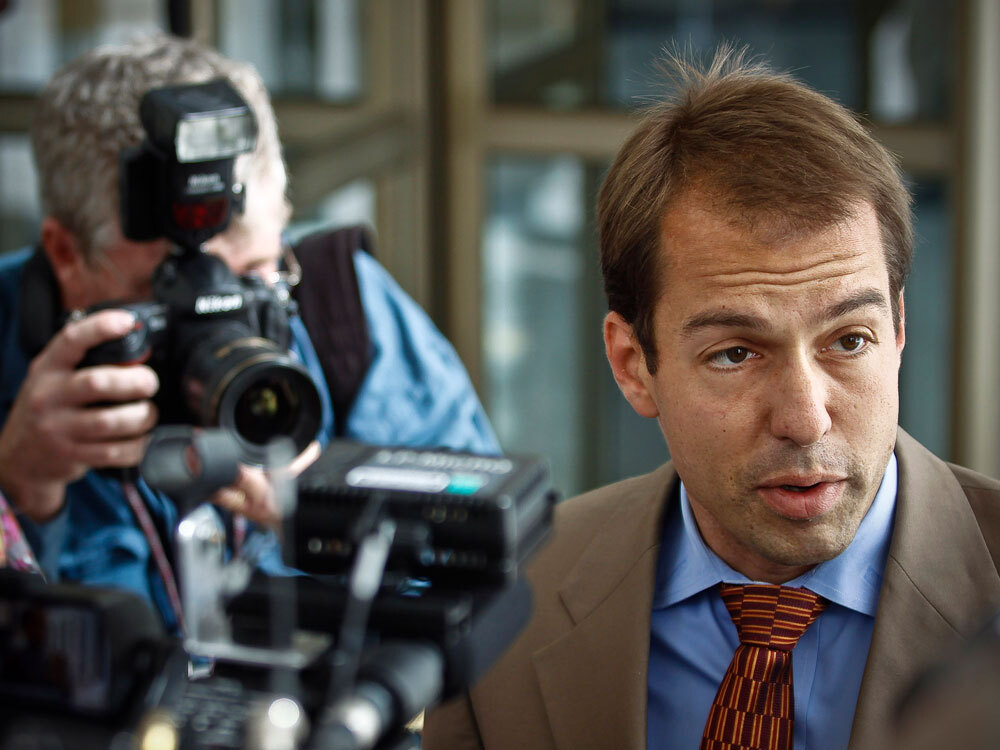 Art Folsom, Zazi's attorney, speaks with the media Thursday. Two law enforcement officials close to the case said Folsom had floated a plea deal in which Zazi would cooperate with investigators.

That doesn't mean a plea hasn't been discussed. Authorities do not typically formally offer plea agreements until all details have been worked out. And this kind of public back and forth between a lawyer and authorities is common in plea negotiations. In the discussions it is typical for a lawyer to float a scenario with law enforcement and see how it plays. That insulates the client and doesn't mean he has admitted to anything. A lawyer often learns more about what kind of evidence authorities might have on a client this way.

Zazi was born in Afghanistan and lived in Pakistan before moving to the United States with his family a decade ago. He lived in the New York City borough of Queens and moved to the Denver area in January. FBI agents there had been tracking him after he made repeated trips to Pakistan and New York, officials said. When Zazi decided to rent a car and drive cross-country just before last week's anniversary of the Sept. 11, 2001, attacks, authorities were concerned.

Law enforcement officials also had been watching a group of Zazi's friends — a handful of other Afghans who were living in Queens and with whom Zazi stayed during a trip to New York last week. The FBI raided the apartment he stayed in and several other apartments soon after Zazi returned to Colorado. Officials said as many as 12 additional people are under surveillance in New York and Denver.

Authorities have not made public what they found in the raids. But one law enforcement source close to the investigation said they found 16 backpacks and a number of mobile phones in the Queens searches. They also found a bomb-making manual and uncovered some receipts that they have been following up on. Officials said receipts show the purchase of chemicals at home improvement stores in the Denver area. The FBI is seeking surveillance video from those stores to see if they can identify other possible suspects.

Most troubling to authorities over the past several days was the possibility that other unknown suspects might be involved and planning some sort of attack. That is why Zazi's cooperation would be key to any plea agreement.

Some law enforcement officials have been calling this the most serious terrorism investigation since 2001. That's because they said the suspects in this case had expertise that other so-called terrorist groups don't have in this country. One former law enforcement official described it as the first time since 2001 that the FBI thought they had a group that could launch a credible attack.

With the evidence they have uncovered so far, law enforcement says they think there was a plan afoot to do a Madrid-style train bombing in New York. While there are no details of a plot yet, there certainly were some striking similarities — backpacks, mobile phones, the chemicals they think were going to be used — to what happened in Spain.