Accessibility links
FCC To Propose 'Net Neutrality' Rules Federal Communications Commission Chairman Julius Genachowski is expected to propose new rules Monday on Network Neutrality. The new rules are designed to keep Internet providers from interfering with the free flow of information over their networks. The FCC's position has wide implications for how Americans will access the Internet in the future.

Federal Communications Commission Chairman Julius Genachowski is expected to propose new rules Monday on Network Neutrality. The new rules are designed to keep Internet providers from interfering with the free flow of information over their networks. The FCC's position has wide implications for how Americans will access the Internet in the future.

The Federal Communications Commission is looking at the subject of Network Neutrality. That's the issue of who controls, or at least influences in subtle ways, what you might see on the Internet. The FCC Chairman Julius Genachowski is scheduled to make a closely watched speech on this topic today. NPR's Laura Sydell reports.

LAURA SYDELL: Net neutrality is basically what the Internet has now. When you go to visit a Web site it doesn't matter if it's Amazon or the little book shop around the corner, you will be able to navigate both sites with the same speed. But Internet service providers like AT&T and Comcast have expressed interest in charging companies if they want consumers to gain faster access to their Web sites. So Comcast could make a deal with Amazon that makes it a lot easier to visit Amazon's site, than say, ma and pa's book site. Or an ISP could make a deal with YouTube that makes it harder for a startup video site to compete against it.

In the past, Genachowski has expressed support for regulations that would prevent Internet service providers from creating this kind of tiered service.

INSKEEP: And Laura explains more about Net Neutrality. And you can find that explanation easily enough, for now, at Npr.org. 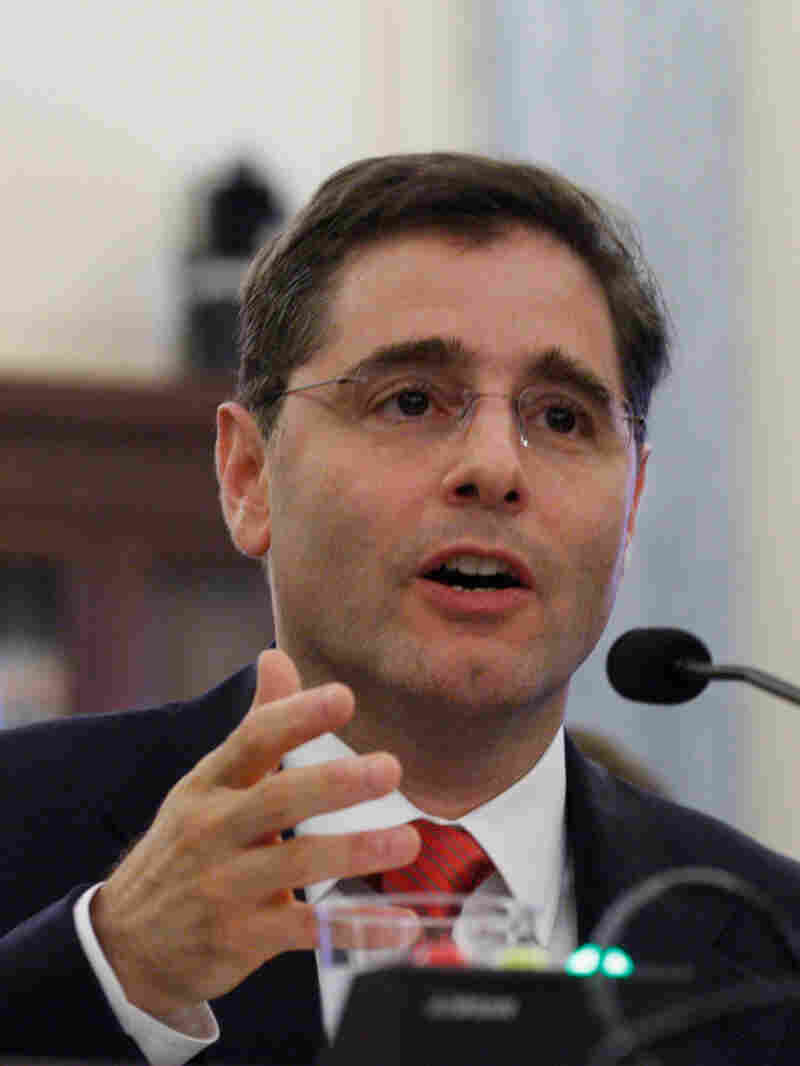 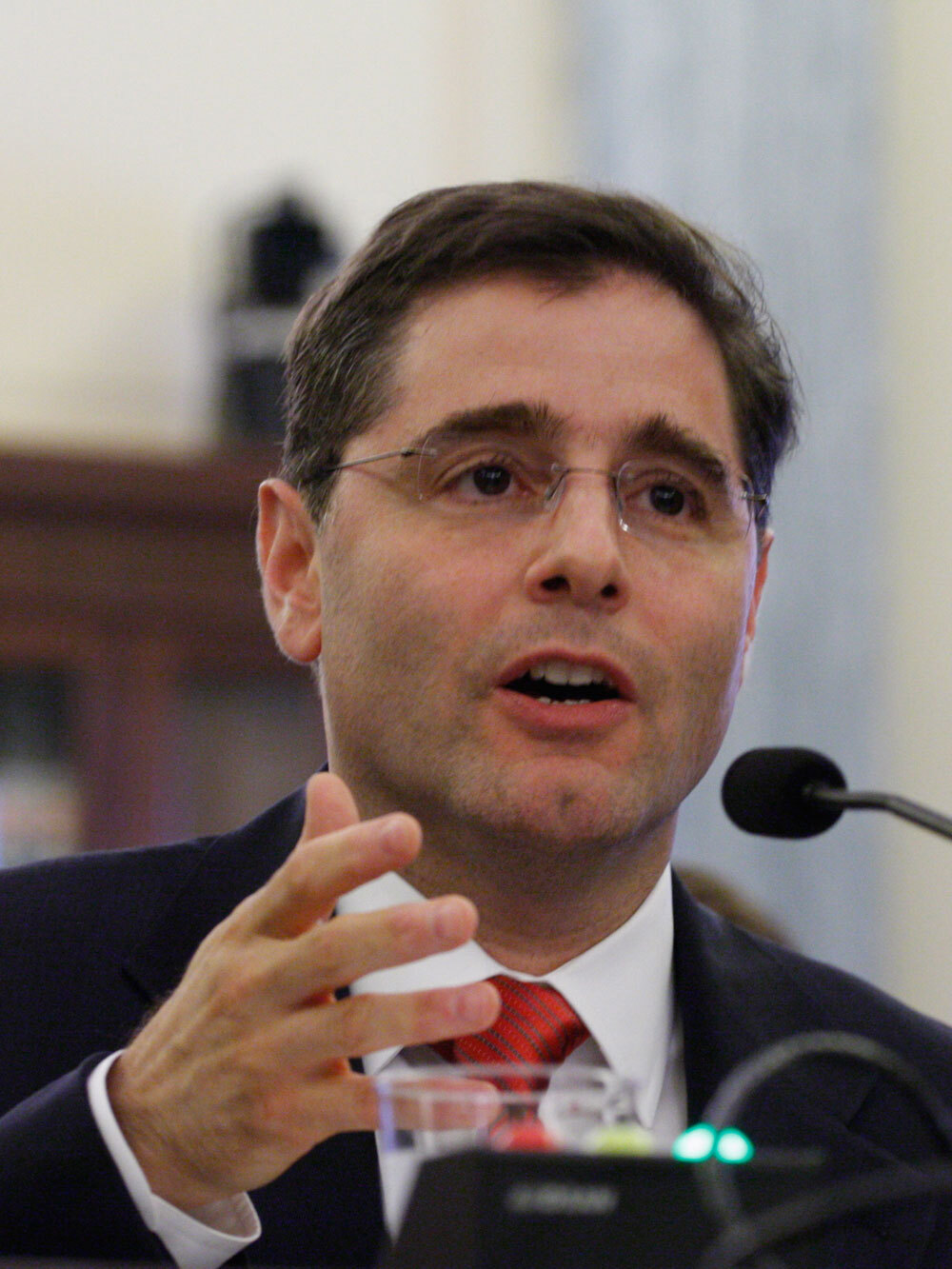 FCC Chairman Julius Genachowski, shown testifying on Capitol Hill during his confirmation hearing in June, has long been a supporter of net neutrality.

A speech scheduled for Monday by Federal Communications Commission Chairman Julius Genachowski is being closely watched by both sides of a debate over "network neutrality" — a term describing a world in which Internet service providers can't charge different rates for different levels of service.

There is speculation that Genachowski, long a supporter of "net neutrality," will announce that the FCC plans to begin a process to create those rules. He's scheduled to address the Brookings Institution in Washington, D.C.

Both sides of the debate agree that regulations would have a profound effect on the future of the Internet.

Right now, Internet users have effectively been living in a world where net neutrality prevails.

That means that no matter what Web site users visit, they get the same speed of service. Videos on YouTube load just as quickly as videos from Vimeo. The Amazon.com site is just as fast as the site for the mom-and-pop bookstore down the street.

But ISPs such as Comcast, Verizon and AT&T would like to be able to charge YouTube, Vimeo, Amazon, and mom and pop more if they want a faster connection.

For instance, if AT&T made a deal with YouTube, watching YouTube videos via AT&T might be faster and easier than watching the same videos on Vimeo. And big players such as Amazon will undoubtedly have a high-speed advantage over mom and pop.

In the past, Genachowski has expressed support for regulations that would prevent ISPs from creating tiers of service.

As a technology adviser to President Obama during the campaign, he was pivotal in convincing candidate Obama to come out in support of network neutrality rules.

Genachowski's position has the backing of major Internet companies such as Google, Yahoo and eBay, but this is not a debate between corporate giants.

Consumer groups such as Public Knowledge have come out in support of net neutrality, as have many small business alliances that fear that small startups will be at a disadvantage if the ISPs can determine which Web sites get faster service.

In effect, supporters of net neutrality say the ISPs want to be gatekeepers and act more like cable TV companies that charge consumers extra to access "premium" channels such as HBO and Showtime.

Net neutrality also has the support of political groups from both sides of the spectrum. Two unlikely bedfellows, the right-leaning Christian Coalition and left-leaning MoveOn.org support FCC regulations in favor of net neutrality on free speech grounds. Grass-roots political groups worry that ISPs would be able to slow down connections to groups with unpopular points of view.

ISPs are vehemently against any kind of government regulation of the Internet. They believe that federal officials should continue with a hands-off approach and let the market determine the future shape of the online world.

ISPs also argue that charging for different tiers of service will help them achieve a goal that President Obama is strongly behind: bringing high-speed service to large numbers of people. Comcast, Time Warner and AT&T all say that they need more capital to bring consumers better service, and that the best way to get the money is to charge for different tiers of access.

If Genachowski does announce plans to start the process rolling for net neutrality rules, nothing is likely to happen overnight. Both sides expect there will be hearings and plenty of back and forth before the FCC takes any action.